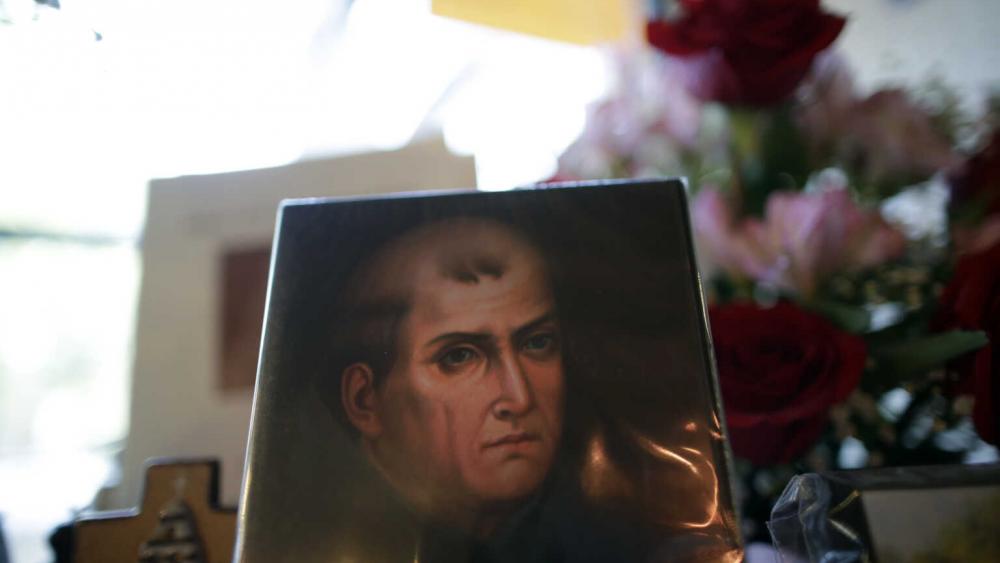 After receiving “thousands” of email complaints, the city council of Ventura, California, voted unanimously “to remove and relocate” two statues of the Roman Catholic saint, according to City Manager Alex McIntyre.

The bronze statue of the beloved Franciscan friar will be temporarily placed in a storage unit until it is relocated to Mission San Buenaventura. The wooden statue of Serra, currently inside the city hall, will also be put into storage until a permanent site is found.

“We’d like to thank everyone in the community who got involved and came together during this public process,” said Deputy Mayor Sofia Rubalcava. “We are glad this historic decision involved so many voices.”

Serra is of utmost importance to Hispanic Christians in the U.S.

The Archbishop made the announcement that the beautiful Mission church has been designated by the Holy See as a minor basilica. This recognition honors both the Archdiocese of Los Angeles and the legacy of St. Junipero Serra. (2/2)

Social justice warriors, though, have accused the saint of committing crimes against the Native Americans through the establishment of missions across California. Those assertions sparked riots in San Francisco and Los Angeles, resulting in the toppling of statues honoring the Catholic saint. Catholic bishops across the state have condemned the violence and defended Serra’s legacy of faithfulness.

The real St. Junipero fought a colonial system where natives were regarded as “barbarians” and “savages,” whose only value was to serve the appetites of the white man. For St. Junipero, this colonial ideology was a blasphemy against the God who has “created (all men and women) and redeemed them with the most precious blood of his Son.”

He lived and worked alongside native peoples and spent his whole career defending their humanity and protesting crimes and indignities committed against them. Among the injustices he struggled against, we find heartbreaking passages in his letters where he decries the daily sexual abuse of indigenous women by colonial soldiers.

For St. Junipero, the natives were not just powerless victims of colonial brutality. In his letters, he describes their “gentleness and peaceful dispositions,” he celebrates their creativity and knowledge; he remembers little acts of kindness and generosity, even the sweet sound of their voices as they sang.

The 6-0 decision to take down the Serra statues in Ventura came after protesters in Los Angeles and Sacramento toppled similar memorials in their respective cities, and after a massive fire totally destroyed an 18th-century mission church founded by Serra in San Gabriel.

There is no doubt Serra, like any person in his or her respective time, was caught up in the cultural milieu, which at that time was the colonization of the new world.

While some have contested Serra’s record, he has been credited with traveling thousands of miles through California’s rugged terrain to share the Gospel. Looking back, the Catholic Church also pays homage to the saint for his work to protect the rights of Native Americans as colonization stretched throughout the westernmost state.

“At crucial moments in human affairs,” said St. John Paul II in 1988, “God raises up men and women whom he thrusts into roles of decisive importance for the future development of both society and the church. We rejoice all the more when their achievement is coupled with the holiness of life that can truly be called heroic. So it is with Junipero Serra who, in the providence of God, was destined to be the Apostle of California.”