COMMENTARY: Our Nation Under God 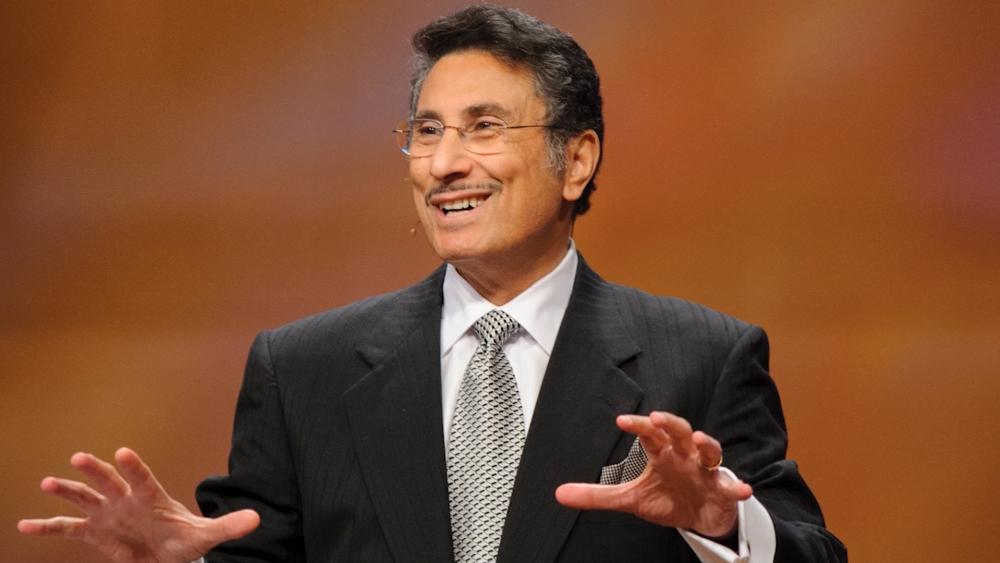 This weekend, we celebrate the founding of the greatest nation in the world. We honor the men and women that dedicated—and often sacrificed—their lives to create the land of the free and home of the brave, and to defend it for nearly two and half centuries. I love this country. I join you in celebrating it. But I find myself asking: Is America still the land of the free and the home of the brave?

Or is our nation dangerously adrift on a sea of complacency and immorality? Too often we are content to think only of our families and ourselves and ignore the world around us. We pay little attention to the continual changes taking place in governmental policies.

Like the frog in lukewarm water—unaware that the water is boiling until it is too late for him to leap—we, too, maybe in more danger than we realize. When more than 3,000 babies are aborted every day, the Bible and the Ten Commandments are removed from the classroom, and prayer in the school is forbidden, it is time to assess where we are as a nation. As mobs topple the statues of Founding Fathers, we must not forget what those great men advocated: faith and liberty.

Psalm 33:12 states: “Blessed is the nation whose God is the Lord, the people he chose for his inheritance.”

We should ask ourselves whether the Lord is still America’s God—or, like the children of Israel, are we now pursuing other gods? Our Founding Fathers based America’s important documents such as the Declaration of Independence on Christianity and the Bible, but because of indifference, ignorance, and neglect of biblical principles, we are in danger of losing our precious freedoms. Thankfully, it is still possible to reclaim what we’ve already lost if God’s people will awake and rise up.

America, in her generosity and kindness, has always opened her doors to immigrants like me. I am most thankful for that. As a young man in Egypt, I read everything I could about America, its founding, and its values knowing that I would be punished if an informant discovered me. Let me assure you that many modern-day immigrants want the America envisioned by her Founding Fathers.

We want the America of which George Washington said, “It is impossible to rightly govern the world without God and the Bible.”

We want the America of which Abraham Lincoln said, “The only assurance of our nation’s safety is to lay our foundation in morality and religion.”

We want the America of which the Supreme Court in 1844 said, “The Bible, and especially the New Testament [should] be read and taught as a divine revelation in the [schools, otherwise] ... where can the purest principles of morality be learned so clearly or so perfectly as from the New Testament?”

We want the America of which Daniel Webster said, “The principles of all genuine liberty and of wise laws and administrations, are to be drawn from the Bible and sustained by its authority. The man, therefore, who weakens or destroys the divine authority of that book may be an accessory to all of the public disorders which society is doomed to suffer.”

Webster’s words are all too prophetic. And many immigrants, myself included, want to see a return to the America Webster’s words described—an America that looks to the Bible for guidance and direction. Today, far from heeding the words of earlier courts, our present-day courts have been busily chipping away at the Christian foundation of our nation.

The education bureaucracy is busy rewriting American history, too. Growing up in Egypt, I had a better grasp of American history and the Christian basis for its foundation than most students in American schools. Today, American children learn little about actual American history because radical grievance groups have influenced what’s put in our children’s history textbooks.

For a moment, let’s look back at history, at what we celebrate today. On July 4, 1776, one of the most important documents in the history of the United States was signed. This document signified the birth of this great nation, which, under God, was destined for world leadership. Although this document was called the Declaration of Independence, it was really a Declaration of Dependence. While America’s forefathers sought independence from the British crown, they signed a declaration of dependence on Almighty God. Further, while they desired freedom from foreign domination, they chose to surrender to the Creator of the universe.

Their intentions are clearly stated in the closing words of the Declaration of Independence: “With firm reliance on the protection of divine Providence, we mutually pledge to each other our Lives, our Fortunes, and our sacred Honor.”

To defend our land of the free, we too must be brave and fearless, joyfully advocate the return to our founding values and dependence on God.

Michael Youssef, Ph.D., is the founder and president of Leading The Way with Dr. Michael Youssef and senior pastor of Church of the Apostles in Atlanta, GA. Dr. Youssef was born in Egypt and lived in Lebanon and Australia before moving to the United States, becoming a citizen in 1984. He has a keen understanding of the Middle East, sociological trends in the Western world, and Christian worldview issues.

He has authored more than 40 books, including The Third Jihad, The Leadership Style of Jesus, and his latest book, Saving Christianity?: The Danger in Undermining Our Faith -- and What You Can Do about It is available wherever books are sold.