Isaias Explodes into Hurricane Overnight, to Make Run Along Southeastern US Coast 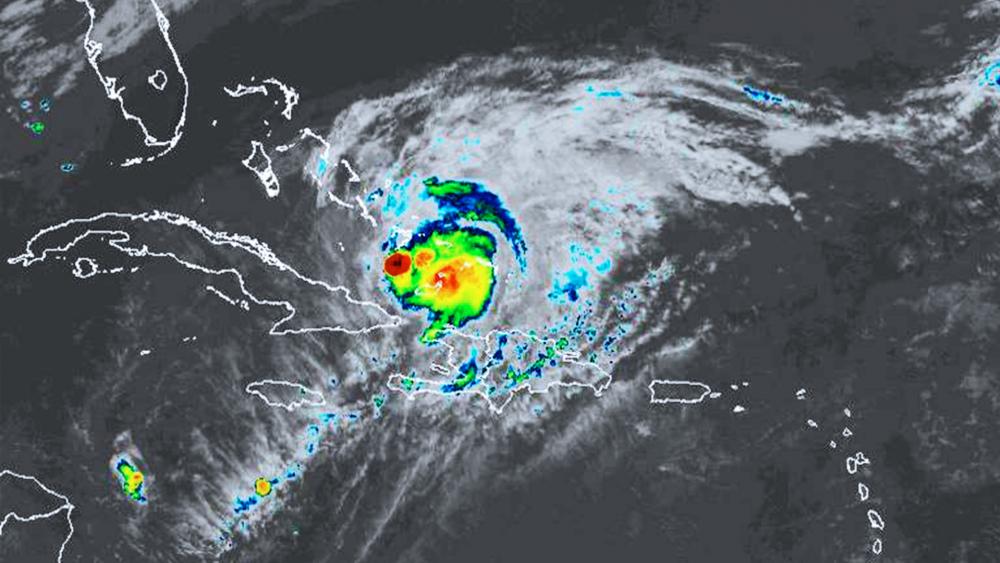 Hurricane Isaias is on a track that could impact the US East Coast.
6177128265001
Isaias Explodes into Hurricane Overnight, to Make Run Along Southeastern US Coast

Isaias ramped up to an 80-mph Category 1 hurricane during Thursday night, shortly after pulling away from Hispaniola and will now churn through the Bahamas, just north of Cuba, before making a run along the Eastern seaboard of the United States this weekend to early next week.

As a tropical storm, Isaias lashed Puerto Rico with 60-mph winds and heavy rains and made landfall in the Dominican Republic Thursday afternoon. The storm brought impacts to Haiti, the Dominican Republic's neighbor on the island of Hispaniola, also as it pushed northwest over the Caribbean.

Tropical Storm Isaias, pronounced ees-ah-ee-ahs, was upgraded from Potential Tropical Cyclone Nine status by the National Hurricane Center (NHC) at 11 p.m. EDT Wednesday. The system strengthened as it developed a more organized center with thunderstorms wrapping around its core -- and, with its upgrade, Isaias became the earliest "I-storm" in recorded history. The prior record holder was Irene from Aug. 7, 2005.

Isaias could become the second named system to make landfall in the U.S. in about a week following Hanna's arrival in South Texas on Saturday, July 25. But with the abrupt strengthening during Thursday night, a curved path could keep most of the hurricane-force winds east of the U.S. coastline.

"Florida may only get skimmed by the storm this weekend but the Carolina coast, which sticks out farther to the east is still vulnerable for a possible landfall early next week," AccuWeather Senior Meteorologist Alan Reppert said. "It will be losing wind intensity by that time though, but it still will bring rain, wind and rough surf, especially to the Florida and Carolina coastline."

During Thursday midday, Isaias was a tropical storm churning right along the southern coast of the Dominican Republic with maximum sustained winds of 60 mph and was racing west-northwestward at about 20 mph. Isaias's winds knocked out power to 300,000 people in Puerto Rico as of Thursday morning, where nearly 9 inches of rain led to incidents of flash flooding and landslides, according to The Associated Press.

When Isaias was upgraded to a hurricane late Thursday evening, it was about 80 miles southeast of Great Inagua Island, which is located north of the northwestern tip of the island of Hispaniola. It emerged over water after the center crossed the island, which consists of the countries of Haiti and the Dominican Republic.

By early Friday morning, Isaias was very near Great Inagua and was briskly moving northwestward at 17 mph.

AccuWeather Senior Meteorologist Rob Miller cautioned that people should not focus on just the eye path given the sweeping size of Isaias. Tropical-storm-force winds extend outward by about 205 miles from the center on the storm's northeastern, northern and northwestern flanks. When compared to that of tiny Gonzalo from last week, the tropical-storm-force winds extend much farther out from the center. Torrential downpours, gusty thunderstorms and building seas are likely to precede Isaias by as much as 24 hours, which means that tropical storm conditions will spread northwestward across Cuba during through early Saturday and should begin in Miami during Friday night or early Saturday morning.

Find the rest of this Accuweather report HERE.