'It's Simply a Miracle': Detroit Police Chief Reacts to What He Sees on Shooting Video 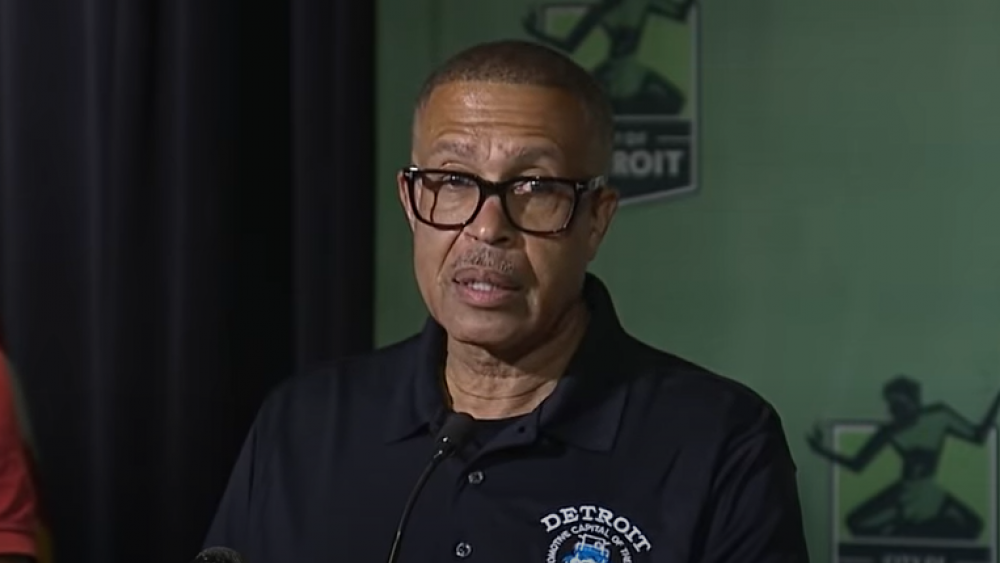 Detroit Police Chief James Craig is calling it a blessing that an officer wasn't killed after being shot at point-blank range.

On July 10, police officers responded to the Bagley neighborhood in Detroit to investigate a shooting that occurred over the Independence Day weekend, according to the Detroit Free Press.

While officers were attempting to arrest a suspect, 20-year-old Hakim Littleton approached the scene and declared, "you are not going to take my man."

Littleton raised a handgun and fired twice at a nearby officer. Police quickly returned fire at Littleton, who fell to the ground where he was pronounced dead.

Immediately following the shooting, Chief Craig held a press conference where video of the shooting from the officer's body camera was shared with the public.

He explained, "It's important to get the facts right," which clearly shows that police officers did not fire their weapons first. Craig says that Littleton pulled a gun out of his pocket, pointed it at the head of a police officer, and opened fire.

"As Littleton raised the gun in his left hand, he was aiming at the head of the officer," Craig noted.

"It's simply a miracle that he wasn't struck in the head," Craig said of the officer. "This officer was a hero, despite being fired upon, he clearly wanted to stop the suspect even while putting himself in direct harm’s way."

Within hours of Littleton's death, protesters flocked to the street where he was killed. They said he was "unarmed, executed, and was shot 16 times," which Craig says, "was all so untrue."

The police chief explained that video of the shooting tells the truth of what actually occurred - another tragic death.

Craig said that police informed Littleton's family of what happened. "They weren't happy," Craig said, "but they believed what we said, and I greatly appreciate that."

Detroit Mayor Mike Duggan praised the police department for their prompt and efficient effort in releasing the details of Littleton's death.

"Public confidence requires citizens to be able to judge for themselves the actions of our officers. I commend Chief Craig for moving so quickly to release the video publicly," he said.

"The City of Detroit was one of the first in America to outfit its police cars and officers with cameras for this type of incident," Duggan said on Twitter.

The City of Detroit was one of the first in America to outfit its police cars and officers with cameras for this type of incident. The video is clear that the officer was suddenly and unexpectedly fired upon.