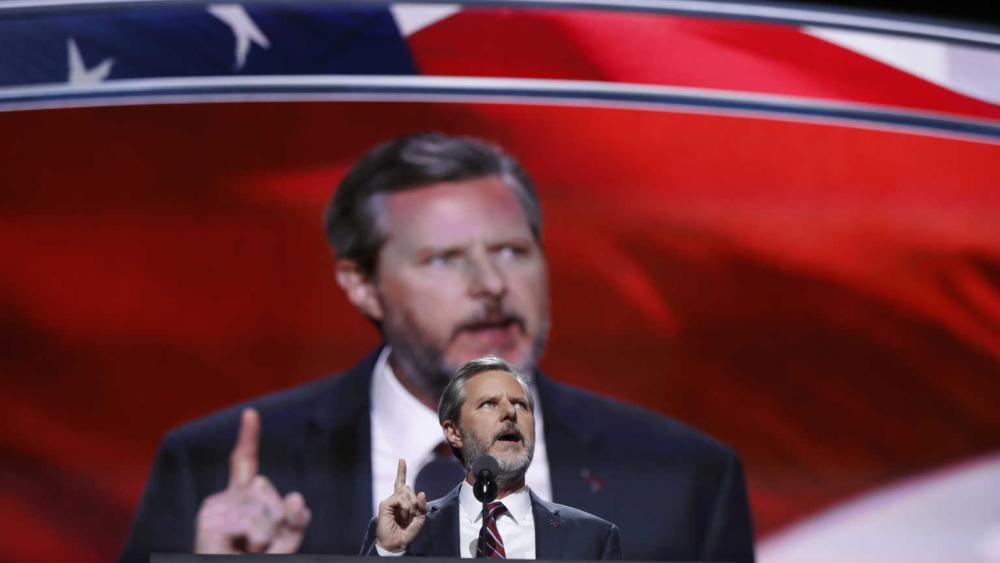 Jerry Falwell, Jr., president of Liberty University, said he supports the effort to rename Lynchburg, Virginia because it has been “an embarrassment” to the college founded by his late father in 1971.

“I personally support changing the name of the city of Lynchburg,” Falwell said in a statement, according to WDBJ-TV. “It’s been an embarrassment to Liberty University since we started it. That was one of the reasons Liberty’s original name was changed from Lynchburg Baptist College to Liberty Baptist College in 1976.”

I personally support changing the name of the city of Lynchburg. It’s been an embarrassment to @LibertyU ever since we started.https://t.co/od5igsif2n

The city was named after its Quaker founder, John Lynch, whose brother Charles, a judge, is believed to be the namesake of the term “lynching.” There is, however, much debate among historians over the origin of the word.

Lynchburg resident Daisy Howard started the petition last month, which she sent to the City Council. It has so far collected more than 5,300 signatures.

“The name of a city should not have such violent, racist, and horrifying connotations,” Howard said. “I understand it was named after a man named John Lynch, but why do we insist on explaining that when people react to its name poorly (understandably so)? Why do we insist on defending it? We understand the power in the word. We need to erase the power that word holds over connotation to our city.”