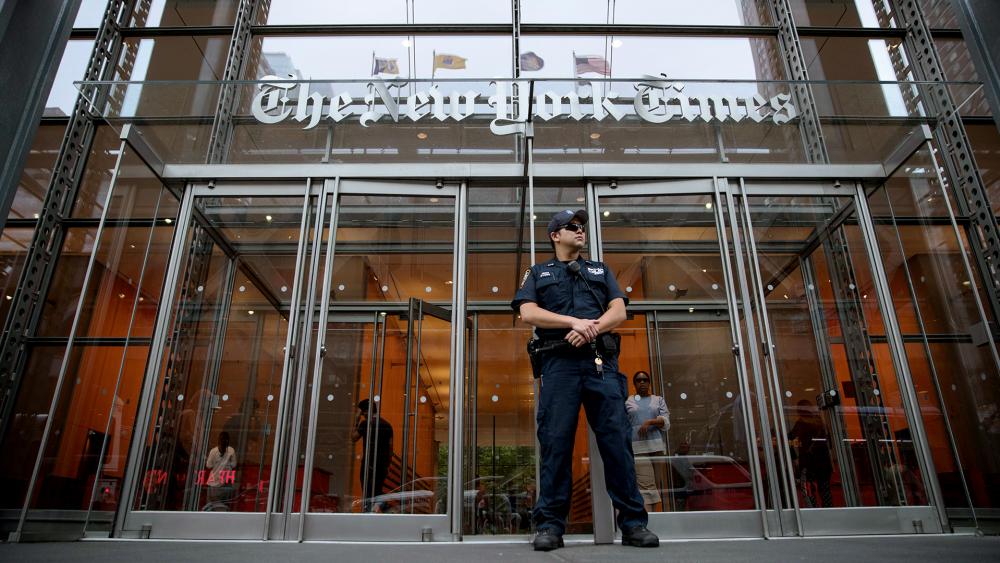 Bari Weiss, the gadfly journalist despised by her progressive cohorts and social media’s staunchest liberals, has resigned from her editor post at The New York Times.

Following her exit from the increasingly progressive outlet, Weiss issued an absolutely blistering resignation letter, which she posted to her website. In it, she noted she was hired in the wake of the 2016 presidential election as part of an effort to offer content better representative of the views of Americans who don’t hold to the Times’ progressive ideals.

The 36-year-old journalist addressed the letter to Times publisher A.G. Sulzberger and pointed to the numerous writers she brought to the newspaper over the last four years. Many of them spoke out against the dangers of tyranny, government overreach, and censorship.

She then rebuked the Times for allowing Twitter and its hoard of so-called “social justice warriors” to become the paper’s “ultimate editor.”

Weiss also condemned Times writers and editors, many of whom see themselves — quite arrogantly — as the sole arbiters of truth and morality.

Here’s an excerpt from Weiss’ letter:

But the lessons that ought to have followed the election — lessons about the importance of understanding other Americans, the necessity of resisting tribalism, and the centrality of the free exchange of ideas to a democratic society — have not been learned. Instead, a new consensus has emerged in the press, but perhaps especially at this paper: that truth isn’t a process of collective discovery, but an orthodoxy already known to an enlightened few whose job is to inform everyone else.

Twitter is not on the masthead of The New York Times. But Twitter has become its ultimate editor. As the ethics and mores of that platform have become those of the paper, the paper itself has increasingly become a kind of performance space. Stories are chosen and told in a way to satisfy the narrowest of audiences, rather than to allow a curious public to read about the world and then draw their own conclusions. I was always taught that journalists were charged with writing the first rough draft of history. Now, history itself is one more ephemeral thing molded to fit the needs of a predetermined narrative.

In addition to facing a constant barrage of threats, insults to her intelligence, and sexist attacks from progressive Twitter users, Weiss has also dealt with harassment from her fellow Times staffers.

“Some coworkers insist I need to be rooted out if this company is to be a truly ‘inclusive’ one, while others post ax emojis next to my name,” she wrote. “Sill other New York Times employees publicly smear me as a liar and a bigot on Twitter with no fear that harassing me will be met with appropriate action. They never are.”

“I do not understand how you have allowed this kind of behavior to go on inside your company in full view of the paper’s entire staff and the public,” Weiss continued. “And I certainly can’t square how you and other Times leaders have stood by while simultaneously praising me in private for my courage. Showing up for work as a centrist at an American newspaper should not require bravery.”

Weiss, who has amassed quite a following from conservatives and independents who value her free thinking philosophy as well as her concerns about “cancel culture” and censorship, particularly on college campuses around the country, also called out the paper’s progressive ideologues for “living in a distant galaxy … profoundly removed from the lives of most people.”

Faithwire: ‘Where Is the Media?’: Catholic Churches Targeted in Weekend of Attacks

“This is a galaxy in which, to choose just a few recent examples, the Soviet space program is lauded for its ‘diversity’; the doxxing of teenagers in the name of justice is condoned; and the worst caste systems in human history includes the United States alongside Nazi Germany,” Weiss wrote.

Kathleen Kingsbury, a spokesperson for the newspaper, sent a statement to Vice following Weiss’ very public resignation from the Gray Lady.

She said the newspaper’s leadership “appreciate” Weiss’ “many contributions” to the opinion section.

“I’m personally committed to ensuring that the Times continues to publish voices, experiences, and viewpoints from across the political spectrum in the opinion report,” Kingsbury wrote. “We see every day how impactful and important that approach is, especially through the outsized influence the Times’s opinion journalism has on the national conversation.”

All of Kingsbury’s promises of ideal logical diversity, though, should be seen through very skeptical eyes.

Just one month ago, when the progressive newspaper published — much to staffers’ chagrin — an editorial by Sen. Tom Cotton (R-Ark.), who argued President Donald Trump had every right to use the military to quell destructive and violent rioting around the country, Weiss tweeted about a “civil war” breaking out among the writers and editors in the newsroom. In fact, publisher Sulzberger said Cotton’s piece “should not have been published” because it was “contemptuous.” Other writers voiced their anger over the fact that the paper would dare run an article by a conservative politician who agreed with the president, calling it “dangerous.”

Ida Bae Wells, the writer responsible for the seriously fallacious reimagining of American history, tweeted about how “deeply ashamed” she was the Times published Cotton’s “immoral” op-ed.

Much of what has unfolded, Weiss explained via Twitter, is the product of cancel culture and censorship of conservative ideas on college campuses.

Perhaps the cleanest example of this dynamic was in 2018, when David Remnick, under tremendous public pressure from his staffers, disinvited Steve Bannon from appearing on stage at the New Yorker Ideas Festival. But there are dozens and dozens of examples.

While Weiss made clear she’s “in no way surprised” by what is happening at institutions like the Times, she said she is “shocked by the speed.”

“I thought it would take a few years,” she wrote, “not a few weeks.”