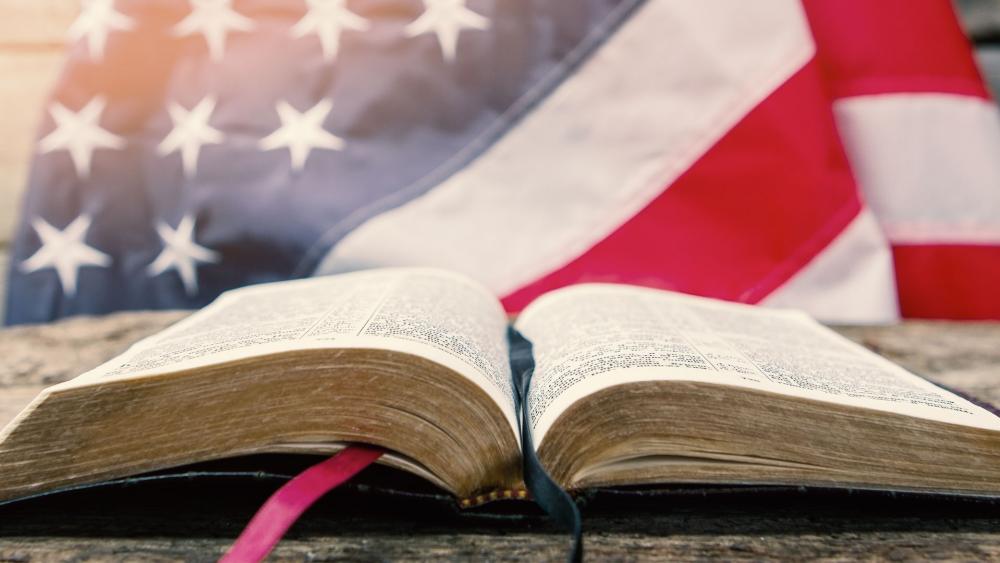 Recent legal battles over churches' religious liberties in California and other states raise serious questions about the freedom to worship in America. So when our Founders came up with the First Amendment, were they trying to keep government free from religion? Or religion free from government?

These days, the phrase "wall of separation between church and state" has come to mean keeping God or His believers from having a big effect on government and public life. But that’s far, far from what the Founding Fathers were thinking of when they were separating church and state.

They were afraid of what so many of the Old World countries had: a religion established by the state as its one true religion, that would tyrannically rule over the faith and conscience of every citizen.

As the Providence Forum’s Peter Lillback put it, “They recognized having a monolithic church was a dangerous thing.”  That's because it made the king not only their physical sovereign but also their all-powerful spiritual ruler.

Knowing of such terror and tyranny, AmericanMinute.com historian William Federer explained how the Founders felt: "Their big fear was the federal government was going to follow the blueprint of every country in Europe and pick one national denomination."

So what they meant by saying in the First Amendment "Congress shall make no law respecting an establishment of religion" was that the federal government was banned from creating – or "establishing" – a national religion with the national government wedded to it.

"They didn't want to have a national, established Church of America like you have the Church of England, forcing people to believe something that they didn't believe in," said Jerry Newcombe, host of the radio program "Vocal Point".

“What they said was, 'We don't want a state church here. Consciously, therefore, they were separating the church from government," Lillback said.

But that was strictly to protect the churches and each believer’s faith and conscience from the government.

All About Protecting Each American's Conscience and Freedom to Believe

Not only did the First Amendment say, "Congress shall make no law respecting an establishment of religion," but it also said, "or prohibiting the free exercise thereof."

"What they wanted was the freedom that we have in the Bible: the rights of conscience," Barton said. "And they didn't want the state telling us how we could or couldn't practice our faith."

Lillback said the Founders keeping government control away from faith meant, "Each of us has a right to be who we are before God. It has been well said and it's a classic statement of religious liberty that man is not free unless he is free on the inside.  We have to have the freedom to believe what we believe. That's what the First Amendment protects."

'God: He's on Both Sides of the Wall'

And that’s what Christian historian Eddie Hyatt explained Thomas Jefferson was talking about when he wrote the letter that first used the famous "wall of separation" phrase to a group of worried Baptists.

There was no antipathy towards the Lord in all of this, Lillback insisted, saying, “But the idea of God: He’s on both sides of the wall. And He’s welcome there. And He should be.”

The Government Is Reaching Over that Wall, Bossing Around People of Faith

But today, there's been a complete flip.

Lillback said, “Those who once believed in this really high and impregnable wall of church and state, we now see the government reaching over that wall and saying, ‘but don’t preach that text of scripture.’”

Barton added, “All of a sudden the government’s regulating religious activities, which is what Jefferson said they would not do because of separation of church and state.”

Hyatt lamented, “The Founders would be so distressed to see how that statement has been turned on its head.”

As Newcombe explained, "They absolutely did not mean the separation of God and government, which is what's often being practiced today."

Lillback encourages Americans to remember what the nation's Founders intended.

“This is a theistic government. So God was not separated from government," he insisted. "So any interpretation of the First Amendment that takes God out of government is turning the whole story on its head. Rather it was taking a formal state church out of the equation, leaving it up to each individual. But all, as we still say, 'under God.' That was the view of our Founders."

They believed a nation based on liberty could only stay free if its citizens were godly people. As Barton pointed out, believers in God have their eyes on eternity, and it makes them practice self-control.

Knowing You'll Answer to God Makes You Govern Yourself

"When you’re God-conscious, you realize, ‘ya know, I’m going to have to answer to Him for what I do,’ and it limits my bad behavior," Barton stated.

Newcombe added, “That’s something the Founders believed very strongly: that we’re going to be accountable before God.”

Hyatt said of those Founders, "They knew that they were creating a nation for a free people, but also for a virtuous people who would govern themselves from within."

You need very little police power if people, because of conscience, will police themselves.

"Self-control is what you need," Barton explained. "We can pass all the control laws we want. But unless you control the heart, you'll never control behavior. I mean, I can kill somebody with a can of green beans. What are we going to do?  Pass green bean control laws if somebody does that? No. It's on the inside."

And the Founders knew to keep America true and free, they also needed the perfect law of a loving, all-wise God.

As Lillback put it, “There was a clear understanding that the government needed to have an ultimate check and balance, even beyond the people that ran it and their elections. And that is the transcendent law of God.  And so that is why when we look at our Declaration of Independence, there are four references to Deity.”

Going through the Declaration, Lillback laid them out: "'We're endowed by our Creator with certain inalienable rights.' The laws of God and nature. And it tells us there's an appeal to the Supreme Judge of the world. And, finally, a dependence on the Providence of God. Four references to Deity."

Not Godless at All

But then came the US Constitution, which some say is a godless document because God isn’t mentioned in it. As soon as they were done with it, though, the Founders called for a day of Thanksgiving to God.

"They were not thinking 'let's get rid of God'," Lillback stated. "They said 'we have been given now a new Constitution, and now amendments that give us our freedoms. And where do we turn? We turn to heaven and thank God for this'."

"Now, if their intent was to get rid of God from government, boy did they miss their point," Lillback said.  "Because they turned around and thanked Him for everything that they had. It shows the utter historical absurdity of 'the godless Constitution'."

And God isn’t really absent from the Constitution or its authors’ lives.

“They are not godless," Lillback insisted. "They are people who at the very end of their work said ‘In the year of our Lord, 1787.’  The very last words in the Constitution are a reference to Jesus Christ.”

He concluded, “It’s no surprise then that the ultimate motto is We are One Nation Under God.”