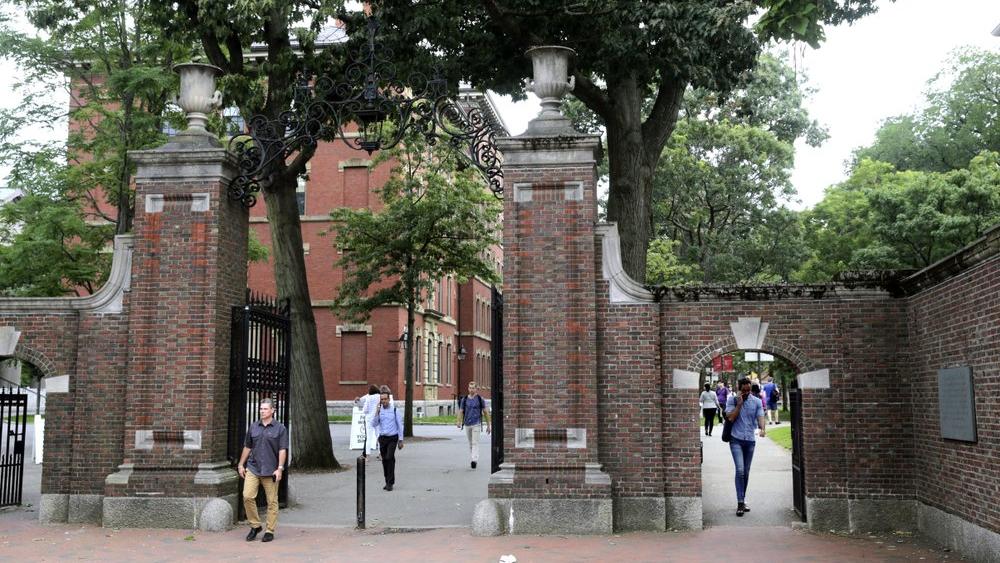 Pedestrians walk through the gates of Harvard Yard at Harvard University in Cambridge, Mass.(AP Photo/Charles Krupa, File)
6171896702001
Trump Administration Withdraws Rule Requiring Foreign Students to Transfer Out of US

ABOVE: Marc Papai, director of International Student Ministry for InterVarsity Christian Fellowship, appeared on the Wednesday afternoon edition of CBN's Newswatch to discuss the Trump administration's action on Tuesday that rescinded a directive that would have forced students on a student visa to leave the country if their college only offered online courses. Newswatch is seen weekdays on the CBN News Channel.

The Trump administration on Tuesday withdrew a proposed policy that would have deported international students taking online-only courses at US colleges due to the pandemic.

The decision was announced as a hearing began in Boston after Harvard University and the Massachusetts Institute of Technology filed a federal lawsuit last week against the Department of Homeland Security (DHS) and Immigration and Customs Enforcement (ICE), Politico reports.

The policy drew a strong response from higher education institutions, with hundreds signing a written argument supporting the challenge by Harvard and MIT.

Colleges said the rule would jeopardize the safety of students and negatively impact schools financially. At least seven other lawsuits were filed by universities opposing the policy.

"We at InterVarsity are very pleased that ICE dropped its plan to deport international college students who only use online courses. Their proposal lacked compassion and fell short of American ideals. And because of our faith, we felt it important to speak out publicly about the fact that it violated the tenets of our faith to "not mistreat the foreigner" (Lev. 19:33) but to love our neighbors as ourselves (Lev. 19:34, Matt. 22:39). In the coming week and months, InterVarsity and many faith-based organizations are working hard to help students navigate a chaotic and stressful time for us all; during this time, students and young people need more certainty and support, not less."

According to USA Today, the Institute of International Education noted that 1.1 million international students were studying in the US during the 2018-19 academic year.