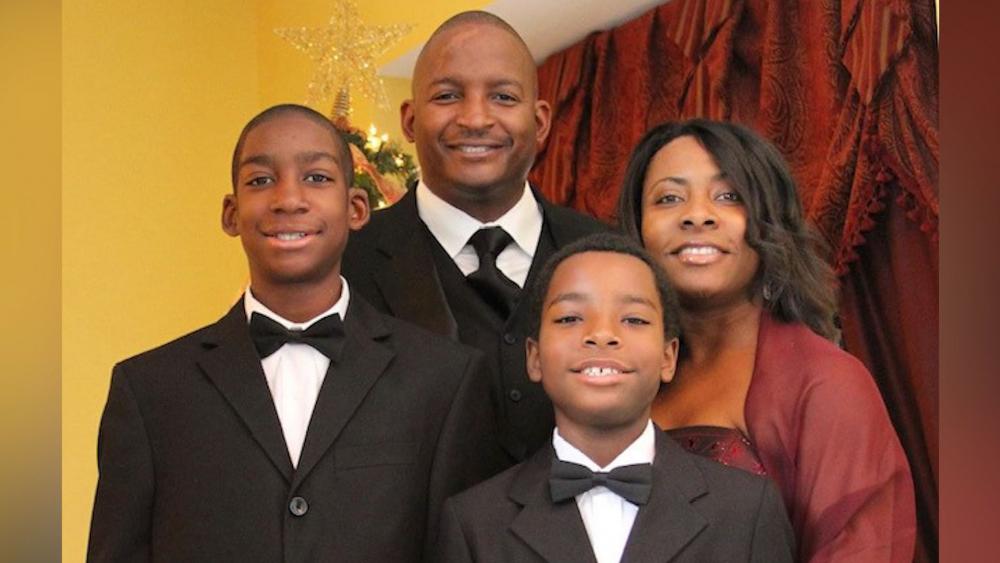 The deaths of George Floyd and Rayshard Brooks have reignited conversations about racism, unfairness, and the relationship between blacks and cops. The subject is also what surrounds a more personal talk that African American parents have had with their kids for years.

"My parents had it with me and sister," Sanya Whitaker Gragg told CBN News. "My husband's parents had it with him and all of our friends, we know that when you mention the talk, you're referring to the conversation you have about interacting with law enforcement."

Having "The Talk" with the Next Generation

Gragg, who lives in Tulsa, Oklahoma, has since felt the need to extend this "Talk" to her sons.

"Make sure your hands are visible," she recalls telling them. "Don't put them in your pockets, you can't reach for anything. The objective is for you to come home alive."

Gragg first shared this message when her sons were younger. She recalled telling them why they even needed to be cautious playing with their water guns.

"We had to tell them they could only play with their water guns in the backyard," said Gragg. "They couldn't play with them in the front yard. They could not leave our yard and go to someone else's house with these water guns. Because of the color of their skin, they are not always going to be perceived in a good light."

Research from the American Psychological Association found that police are more likely to mistake black boys as young as ten, as older and less innocent. They are also likely to face violence by police.

12-year-old Tamir Rice was shot and killed by police in Ohio in 2014 when his toy gun was mistaken for a real one.

Why "The Talk" Starts When They're Young

Attorney Carla Kithcart said that tragedy is a concern for many black parents.

"There is a perception and a preconceived notion by lots of people who are the bad eggs, that if you come upon a black person, they are a certain thing," explained Kithcart. "And because you see them as a certain thing or type, then you feel, maybe, afraid. You feel maybe disrespectful."

Krystle Depass-Lynch and her husband began the talk when their three sons were in grade school.

In light of recent events, Depass-Lynch said the conversation has become more vital.

"My son is going to be turning 15. He's going to start driving soon and so we've had the talk and especially now with what's happening," she said.

Dr. Tony Evans of Oak Cliff Bible Fellowship in Dallas is also using these latest shootings as lessons for the next generation of young black men. Video of him sharing with them has been posted on social media.

"I just wanted my grandsons and reminding my sons, too, that because that propensity is there," said Evans. "You have the responsibility to do everything you can to de-escalate a situation because you never know when it could go left."

Pulled Over For "Driving While Black"

Evans also shared about being racially profiled as a teenager.

"I was driving in a white neighborhood and they wanted to know why I was there and what right I had to be there," said Evans. "They pulled me over, held me for an hour and it was just because of the color of my skin."

Pastor Darrell Scott of The New Spirit Revival Center in Cleveland, Ohio, recently spoke on Capitol Hill about the need for law enforcement to end racial profiling along with excessive force.

Scott also enlightened Congress on the reasons behind "The Talk" that black families often have.

"I can testify of giving my grandson, who is now of driving age, 'The Talk' of how to properly behave if pulled over by police because he had the question of a very real fear of the possibility of death at the hands of police," Scott said during a House Judiciary Committee hearing on police accountability. "In fact, my very first interaction with police when I was 13 years old resulted in my being roughed up."

That sentiment motivated Gragg to write, Momma, Did You Hear the News?  She hopes it will help more black parents facilitate the talk with their kids while helping black youth stay safe.

She outlines five practical steps using the acronym "ALIVE" which stands for:

Meanwhile, Evans believes parents should not only talk about possible mistreatment by police but also raise their children to be respectful, law-abiding citizens.

He said the church should help guide the conversation.

"The church can bring in some men and gather all the boys together and say we want to have the collective talk with you. And therefore we can do that and be the impetus support single parents where they need to see a man," said Evans.

Gragg pointed out that not all cops are bad.

"I know our police officers have a really tough job," she said. "They're moms and dads too. They want to get home safely. I even say we pray for those who wear blue."

Gragg prays those prayers even as she intercedes for her sons and the sons of others.

"I pray not only for protection over them, but I pray that they have [the] discernment to make good decisions and good choices. It's a constant prayer," said Gragg.