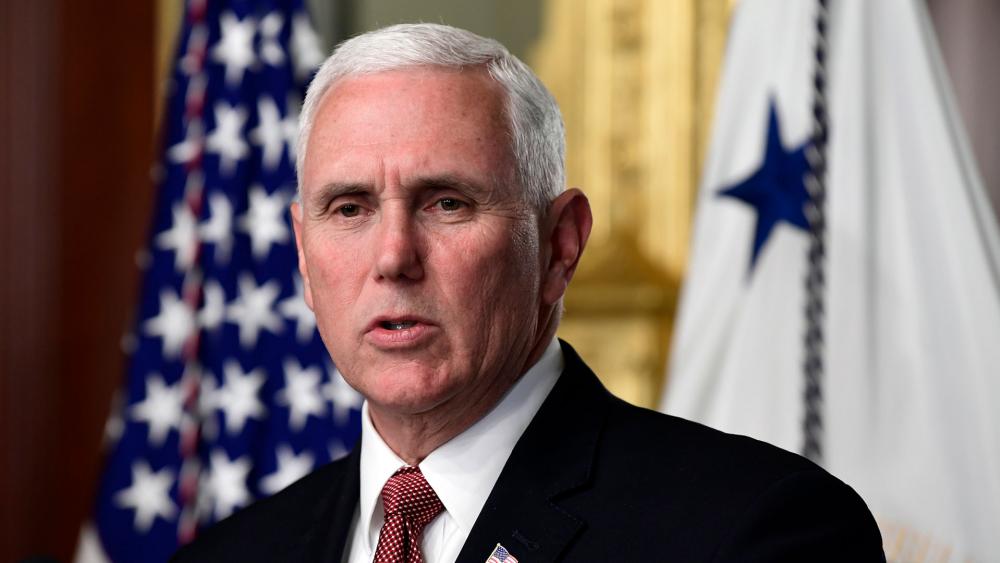 "I couldn't help but feel that as our nation reels from the tragic death of George Floyd, that a place to start a conversation is a place of worship, Pence said at the start of the event.

"It's the wellspring of our nation's strength. It's been the wellspring of our national unity and our steady march toward a more perfect union," he continued. "It will not be enough for us just to heal our economy. We have to heal that which divides by breaking down the barriers to opportunity for African Americans and any American that's been left behind, so I'm anxious to gain your insights."

Bishop Harry Jackson, senior pastor of Hope Christian Church in Beltsville, Maryland, hosted the session along with the executive director of the White House Opportunity and Revitalization Council, Scott Turner.

Jackson has worked with faith leaders to address racial inequality and he likened today's current climate following George Floyd's death to the events surrounding the 1955 death of Emmett Till.

"His death was almost prophetic and symbolic of a time and season that change had to come. Black and Whites came together to address the civil rights movement, and we found momentum. I think we will similarly find momentum during this time," Jackson said.

Jackson believes it is vital that every American feel loved and accepted to see change. He said it is going to take the government, business and the Church uniting together to see that happen.

"Minorities need to hear that they are valued and that the lives of people really matter," Jackson said. "It's not just George Floyd's death alone. His death is representative of the nearly 400-year history of challenges we've had … This administration didn't create this problem, but it has the opportunity to help us heal."

Pence said the Trump administration is working with a commitment for equality in the nation.

"My prayer is that we as a nation have ears to hear, to listen to one another, with open hearts," Pence said.