Coronavirus Cases Rising in Hot Spots Like Arizona, but This Graphic Shows the US Has Flattened the Curve 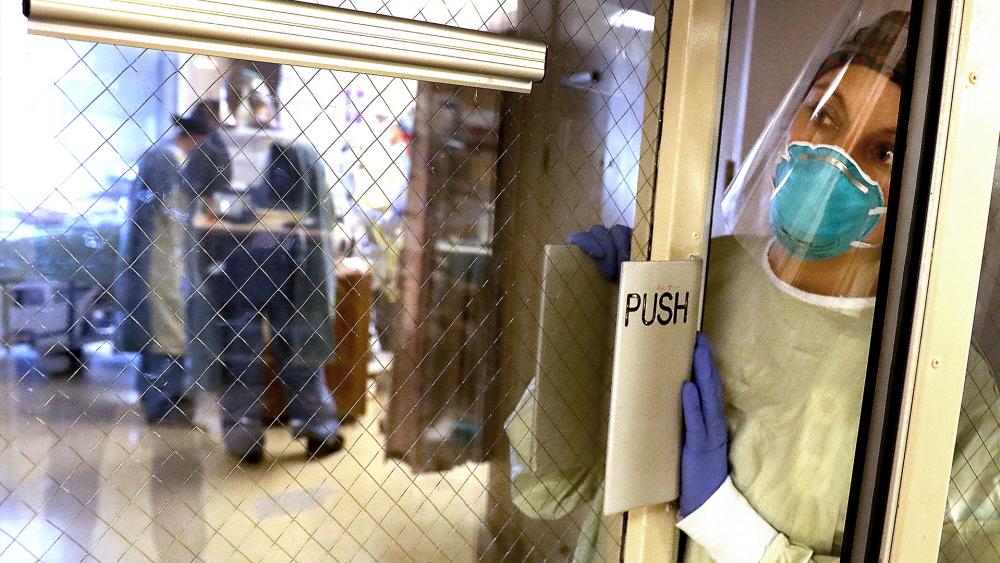 Leah Chapman, a registered nurse, waits for a protective gown before the healthcare team rotated a COVID-19 patient on the third-floor ICU at Bethesda Hospital on May 7, 2020, in St. Paul, Minn. (David Joles/Star Tribune via AP)
6164623948001
Coronavirus Cases Rising in Hot Spots Like Arizona, but This Graphic Shows the US Has Flattened the Curve

The coronavirus is "spreading like wildfire" in Arizona – at least that's the assessment from Arizona Congressman Greg Stanton (D).

"Arizona is the new national hotspot for COVID-19 with more than 4,400 new cases in just the last 72 hours. Per capita, Arizona's infection rate is now more than three times higher than New York state. It's spreading like wildfire," Stanton tweeted.

Arizona is the new national hotspot for COVID-19 with more than 4,400 new cases in just the last 72 hours. Per capita, Arizona’s infection rate is now more than three times higher than New York state. It’s spreading like wildfire.

The state is setting new records for hospitalization, along with other states like Texas.

Hospitalizations are also rising in Florida which recorded its highest day of cases ever over the weekend after opening its beaches recently.

"We definitely do want to sound the alarm," said Miami Mayor Francis Suarez (R). "We are seeing an uptick particularly in the age demographic 18-35 and particularly after Memorial Day weekend."

But when you look at other stats you can see the national death rate and infection rates have slowed down and the curve has been flattened. 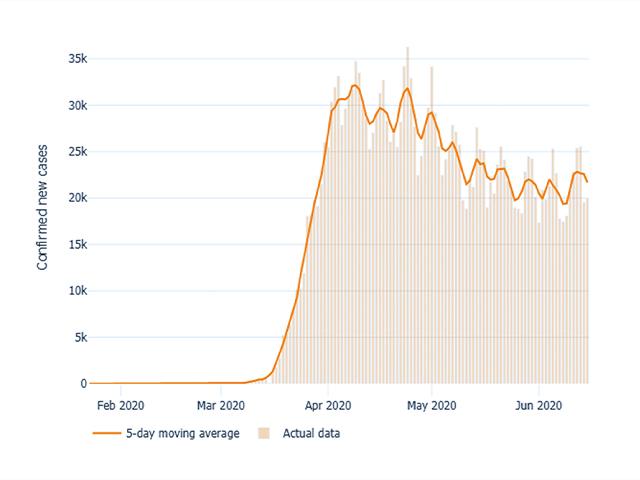 These COVID-19 statistics assembled by Johns Hopkins University show how the US has flattened the curve.

CBN News Medical Reporter Lorie Johnson says there's a lot of misinformation from the mainstream media, pointing out that the overall number of cases is down and the number of deaths is "way down."

For example, in Virginia, while the number of cases rose by 604 over the weekend, there haven't been any more deaths across 16 cities and counties in Hampton Roads and the nearby areas, according to the latest stats cited in The Virginian-Pilot.

Throughout the months of the pandemic in Virginia, 53,945 known cases have led to 1,546 deaths, and the vast majority of deaths were among Virginians aged 60 and older, but primarily in the 80+ category.

As concerns rise about a new surge in coronavirus cases, several states - Utah and Oregon - are slowing their reopening process.

And the city of Tulsa's health department director is now warning this week's Trump campaign rally could cause a spike in infections.

Oklahoma Sen. James Lankford (R) says he still plans to go and he's confident it will be safe.

About 19,000 are expected to attend, and the White House says the interest is so intense that roughly one million people have asked for tickets to attend.