Court-Martialed for Being Late to a Meeting: Lawmakers Examine Racial Disparity in US Military Justice System 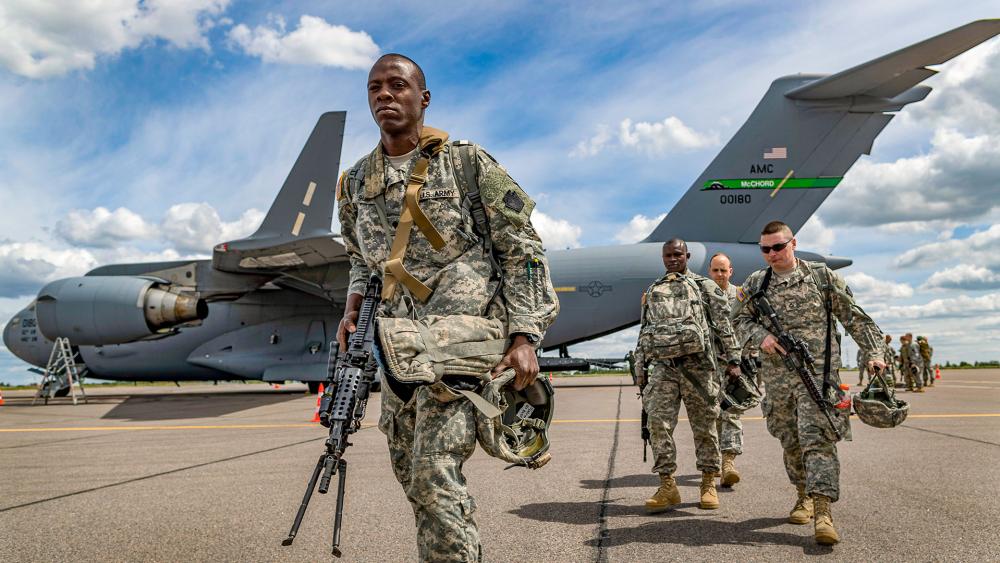 6165474143001
Court-Martialed for Being Late to a Meeting: Lawmakers Examine Racial Disparity in US Military Justice System

The US military, like much of the country, is dealing with racism in its justice system.  It was the subject of a hearing on Capitol Hill this week during which experts both in government and the private sector came with the same results:  African Americans are more likely to face military disciplinary action than their white counterparts.

Research shows the Air Force has the worst record despite that branch just becoming the first to name a black chief of staff, Gen. Charles Brown.  Brown recently recorded a candid video addressing racism within and outside the military.

"I'm thinking about how full I am with emotion, not just for George Floyd, but the many African Americans who have suffered the same fate as George Floyd," Brown said.

Brown's statements come as the military struggles to come to terms with racial disparity within its judicial process.

The way things have always been done is wrong, the results are repugnant," said US Rep. Jackie Speier (D-CA), chairwoman of the House Armed Services Subcommittee.

"We examined a total of 32 years of data and in every single year black service members were punished at a considerably higher rate than white service members," said Don Christensen, president of the military advocacy group Protect Our Defenders.

The Air Force has also been accused of trying to cover up the findings.

"How much further could the Air Force be in addressing racial disparities if it had put the effort into fixing solutions in 2016 rather than seeking to cover up its embarrassing failures," Christensen said.

Top lawyers from the four branches faced tough questions during the hearing.

"We don't have clear answers or underlying reasons as to why the disparity exists," said Lt. Gen. Jeffrey Rockwell, US Air Force Judge Advocate General.

"We have to accept that this isn't just unconscious bias," Christensen said. "That there are people who don't like black people or other minorities and don't want them in the military and they have to try to root this out."

In one case a black servicemember was court-martialed for being six minutes late to a meeting.  A fact Speier called "stunning."

"I'm thinking about how I can make improvements personally, professionally and institutionally so that all airmen today and tomorrow can appreciate the value of diversity and serve in an environment where they can reach their full potential," Brown said in his recorded video.

While the newly created Space Force wasn't represented in the hearing, one committee member said they hope those leaders are taking notes so that branch can get it right from the start.