'Fortitude': Rep. Dan Crenshaw Takes On the 'Outrage Culture' in a New Book 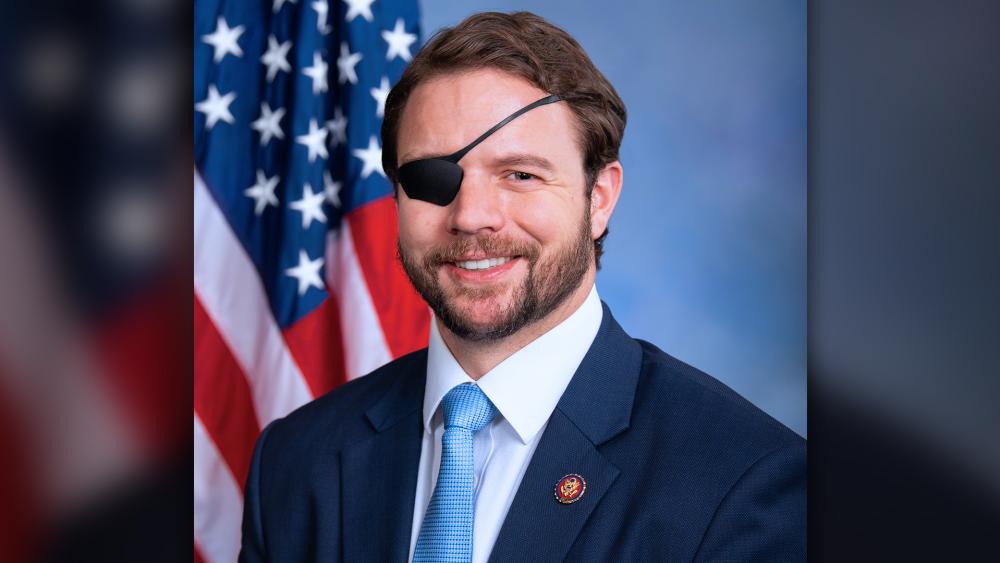 Texas Rep. Dan Crenshaw is one of Washington's most recognizable lawmakers and the freshman congressman is a rising star in the Republican Party.

A former Navy SEAL, Crenshaw was nearly blinded by an IED blast in Afghanistan. Through perseverance and what doctors called a miracle, his left eye partially recovered. However, he lost his right eye completely.

In an interview on Friday's 700 Club, Crenshaw told host Gordon Robertson that he didn't realize how severely injured he was when the accident happened. Although he couldn't see, he thought it was because he had dirt in his eyes.

He was placed in a medically-induced coma and woke up five days later in Germany.

"When I woke up, I was told the right eye was gone, and the left eye had barely a chance of seeing at all," he said.

Against all odds, Crenshaw went on to complete two more deployments before leaving the Navy to run for office.

In his new book, Fortitude: American Resilience in the Era of Outrage, Crenshaw shares advice on finding the strength to deal with life's challenges and create solutions where none seem to exist. He says the idea for the book came after many encounters with the "outrage culture" in America today. One T-shirt on a protester summed it up for Crenshaw. It said, "Stay Outraged."

"And it's this sort of strange notion that outrage is the ends," Crenshaw said. "That that is the point. Now, of course, in the end, they want some kind of revolution, but it's outrage itself that is the goal. They were not arguing for any policy, at least it was not apparent if they were, the goal was just to be mad, mad, mad, and to seek to manipulate people's emotions that way for whatever policy end the might have. But those are secondary to the first part which is irrational, emotional exuberance," he said.

Using stories from his own life experiences as well as history, pop culture, and more, Crenshaw lays out in  Fortitude how to develop mental toughness, which he says is the key to overcoming the challenges of the "outrage culture" around us.

To see Gordon Robertson's full interview with Rep. Dan Crenshaw about his book, Fortitude, click on the box above.