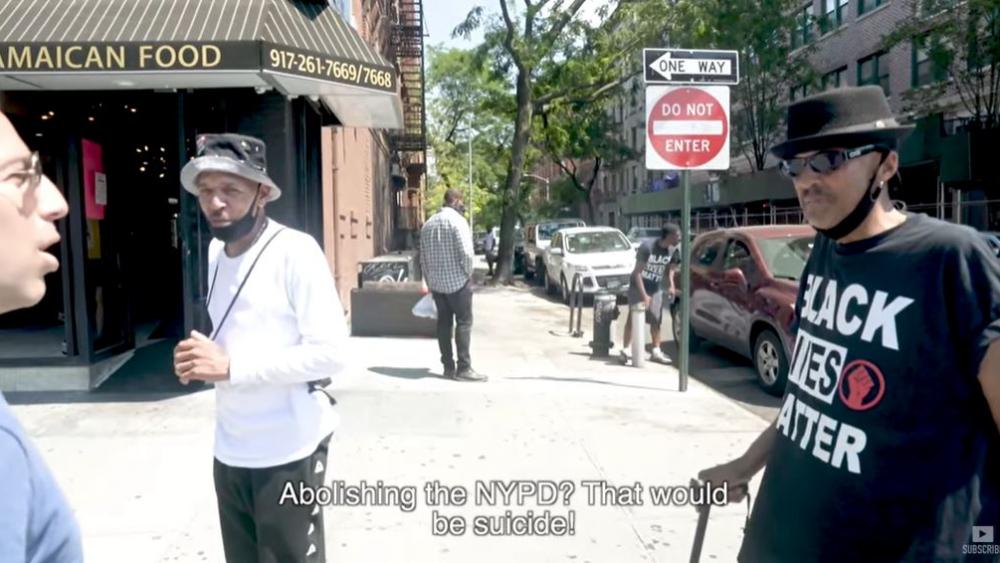 Abolishing the police has become a mainstream narrative for many on the political left who believe our nation’s officers are simply an extension of a white supremacist country.

Ami Horowitz is known for his “on the street” interviews and his latest features interviews with white and black people alike, asking them the same question: should we abolish the police?

The answers were split by race, though not the way you might think.

Horowitz interviewed white people first, and of those he featured in the clip, they universally condemned the police and agreed they should be abolished.

“I think they are disgusting,” one man answered. “I f**&# hate police and everything they stand for.”

“Policing in this country is about keeping black people down,” said another. “Police arose out of slave catching patrols. The police are an occupying army.”

“They’re monsters” yet another added. When asked if they felt the black community in Harlem feel the same, they all answered affirmatively and suggested they hate police “probably even more.”

Horowitz found the exact opposite to be true, however. When asked if we should abolish the police, people from Harlem expressed that it would be an absolutely crazy idea.

It would be “very dangerous” another man added. “Because it would be crazy! People would be just going crazy. It would be worse than what it is. Robberies, looting, raping, murder.”

“It would be havoc” yet another woman said. Another man, wearing a black lives matter t-shirt, said abolishing the NYPD would be “suicide.”

“There’s too many criminals out here, man. Are you kidding me? I wouldn’t feel safe.” he concluded.

“We need control over this city. The police are necessary,” another gentleman added, before saying the relationship between the community is “pretty good” and that not every officer is bad. “You got some who really care about the people and really want to help the people.”