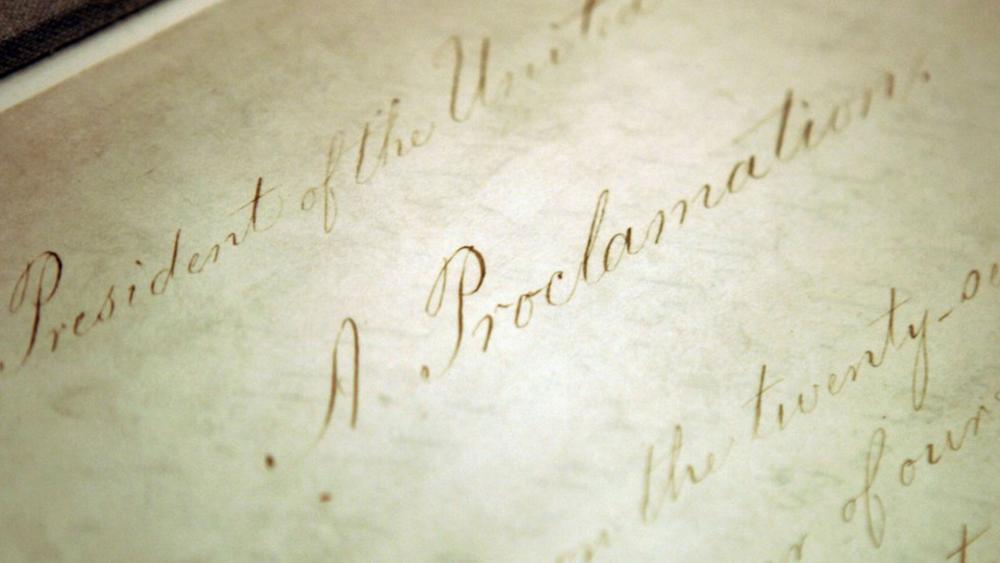 This Feb. 18, 2005, file photo shows the original Emancipation Proclamation on display in the Rotunda of the National Archives in Washington. (AP Photo/Evan Vucci, File)

ALBANY, N.Y. (AP) — New York’s governor signed an executive order Wednesday recognizing Juneteenth as a paid holiday for state employees to commemorate the emancipation of slaves in the U.S.

Gov. Andrew Cuomo said he will propose legislation next year making June 19 a permanent state holiday. Such a bill is already before the legislature.

“It is a day we should all reflect upon. It is a day that is especially relevant in this moment in history,” Cuomo said.

Several states already observe Juneteenth, which has its historical roots in Texas, the first state to make it a state holiday in 1980.

President Abraham Lincoln’s Emancipation Proclamation was effective Jan. 1, 1863, but the news took time to travel. It wasn’t until June 19, 1865, when word of the proclamation was brought by the Union army to enslaved people in Galveston, Texas, making them among the last to be freed.

Protesters nationwide have called for action to address the nation’s legacy of racial oppression and discrimination in the wake of Minneapolis police officers killing George Floyd.

Cuomo’s announcement also comes as he calls for local police departments across the state to seriously tackle reform over the next few months. The governor has set an April 2021 deadline for communities to pass concrete reforms or miss out on state aid for police departments.

“As a state, it is our duty to recognize and celebrate June Nineteenth, not only by adopting resolutions but by pausing statewide to acknowledge and reflect on a day that changed the trajectory of the lives of most Blacks and African Americans being held as slaves in U.S,” Hyndman said in a memo filed in support of the legislation.