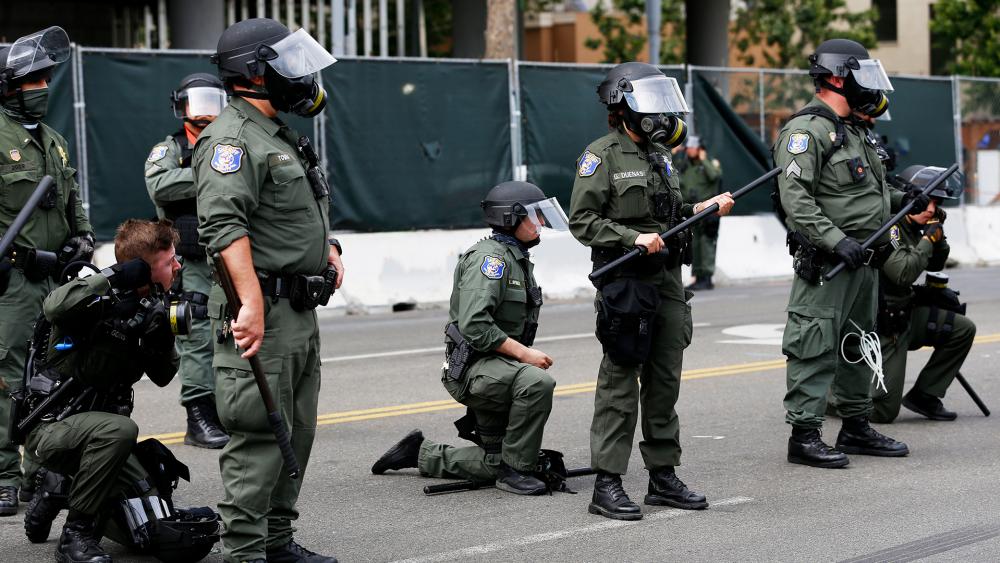 Many law enforcement officers across the country are addressing the protests over the death of George Floyd a little differently than most would expect -- by showing unity.

Floyd died in police custody on May 25 after an officer put his knee on Floyd's neck while he was pinned to the ground.

Since then, several images and videos have gone viral of police officers from departments in California, New York, Florida and Oklahoma walking with protestors - even kneeling down as a sign of harmony.

Officers in Santa Cruz, CA, joined hundreds of demonstrators during a peaceful protest against police brutality.

The police department tweeted, "SCPD is fully supportive of peaceful protests @CityofSantaCruz and we always keep them safe."

SCPD is fully supportive of peaceful protests @CityofSantaCruz and we always keep them safe.

The Oklahoma Sheriff's Office posted pictures of law enforcement officers on one knee as protestors surrounded the county jail.

Chris Swanson, the sheriff of Genesee County, Michigan took off his helmet, laid down his baton, and addressed protestors on Saturday.

"We want to be with y'all for real," Swanson told the crowd in a video. "I want to make this a parade, not a protest...You just tell what you need to do."

As the crowd began to chant, "Walk with us! Walk with us!" Swanson waved his arm and said, "Let's walk," then joined the march.

And members of law enforcement in New York City were also seen kneeling in the street to show solidarity with protestors.

Numerous reports of this around NYC today: officers showing solidarity with protesters. (video below from SE Queens)

Police in Miami, FL,  weren't carrying batons or shields during demonstrations on Sunday. Instead, they knelt with other concerned citizens over the increase in violence and racial tensions.

This is what makes Miami-Dade County so unique, our local law enforcement leaders! We didn't have shields or batons, but instead we kneel in solidarity with concerned citizens. Our leaders want to ensure equality for everyone in our communities. pic.twitter.com/lPhTt4NKGF

Please continue to pray for our nation, our leaders, and law enforcement officials during this difficult time. 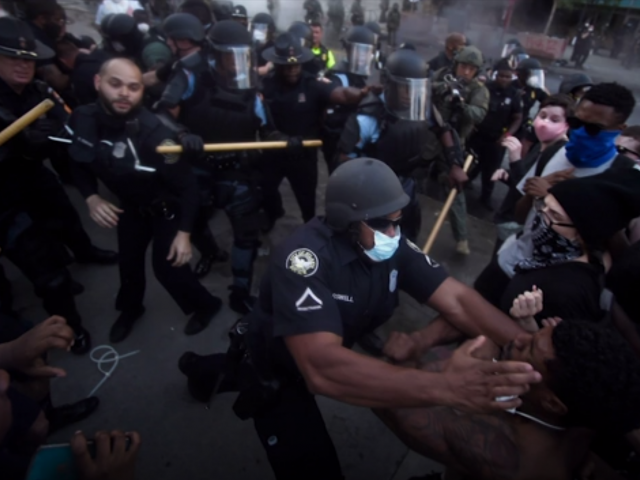 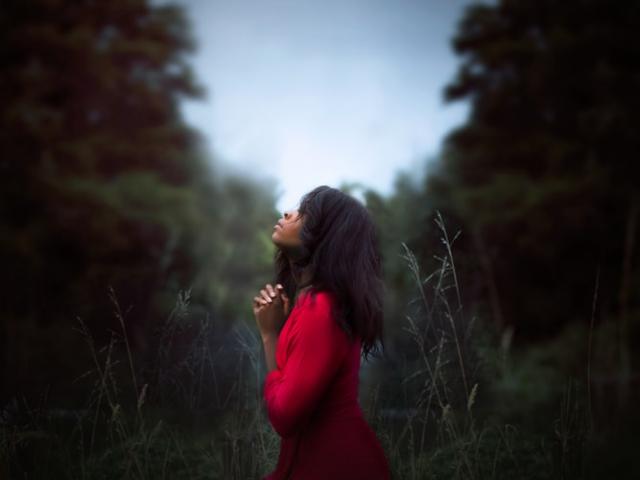 'Not in the Spirit of Martin Luther King, Jr. This is Chaos': Protests Turn Violent, Authorities Point to Outside Agitators
CBN News Email Updates