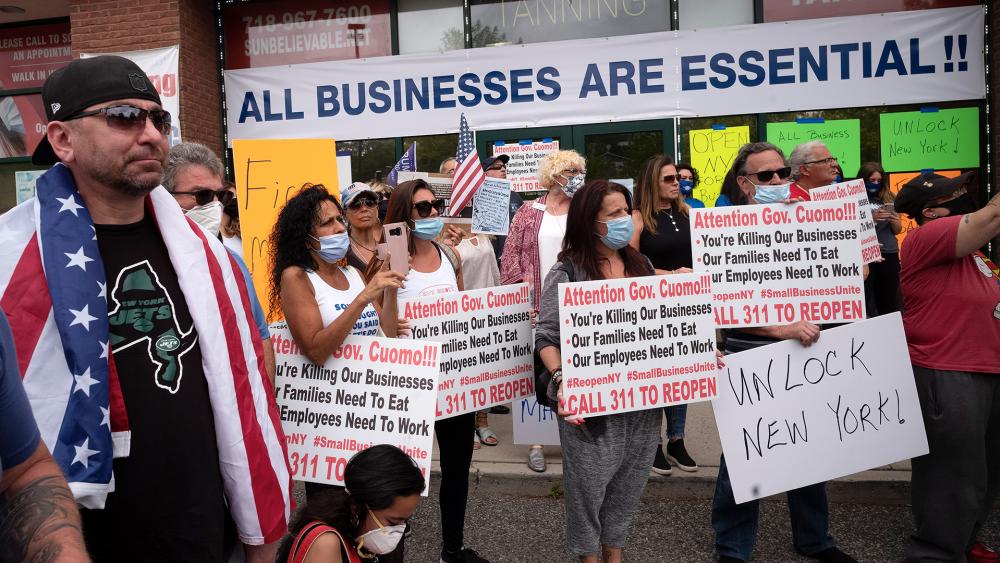 A crowd of supporters shows up for Bobby Catone, the owner of a Staten Island tanning salon, May 28, 2020, in NY. He opened the salon in defiance of a law requiring non-essential businesses to remain closed (AP Photo/Mark Lennihan)
6163493651001
Recovery Setback? Stocks Tank on Fears of New COVID Wave and 1.5M New Unemployment Claims

ABOVE:  Mark Hamrick, senior economic analyst at Bankrate.com, appeared on the Thursday edition of CBN News' Faith Nation to discuss if the worst of the economic crisis is over.  Faith Nation is seen weeknights on the CBN News Channel. For a programming schedule, click here.

US stock markets plunged again Thursday for the first time in a long time after weeks of surging toward recovery. Is this a setback or just a temporary pullback? That's what investors are wondering after some bad news about jobs and the possible surge of COVID-19 in certain states.

It comes after states have been reopening, allowing local economies to begin making a comeback and many workers to return to their jobs. The stock market had recently rebounded sharply from the lows of the coronavirus sell-off in late March with the NASDAQ closing above 10,000 for the first time ever on Wednesday. With the heated stock rally, some analysts had been expecting a pullback.

Now, more workers have recently filed unemployment and cases of coronavirus appear to be on the rise again – investors appear to be concerned.

The infection numbers have just risen beyond 2 million confirmed cases as more than a dozen states are currently seeing a rise.

For example, Texas is seeing record numbers of patients being hospitalized – more than 2,100 Wednesday – with each day this week seeing a steady rise in cases.

For the fourth day in a row, North Carolina saw record high COVID-19 related hospitalizations. And in Arizona, cases have doubled in the past two weeks.

That number is down, however, for the tenth straight week since the peak in mid-March.

For those laid off or furloughed during this time, unemployment is helping them stay afloat. Jobless benefit payments reached $94 billion in May – six times the previous record set in 2010.

Meanwhile, the Federal Reserve has signaled that it's going to help the economy continue its comeback by keeping the key short-term interest rate near zero through the year 2022. That should encourage businesses and consumers to borrow money and help keep them spending which would strengthen the economy. 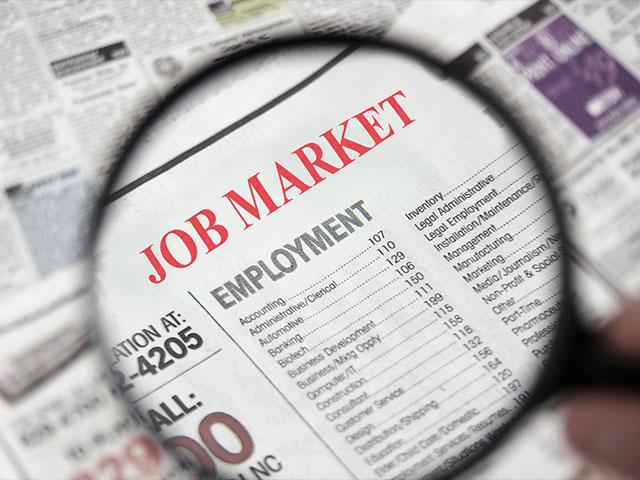 'We're Not Out of the Woods Yet': Is the Economy Back on Track, and What Will It Mean for the Election?
CBN News Email Updates