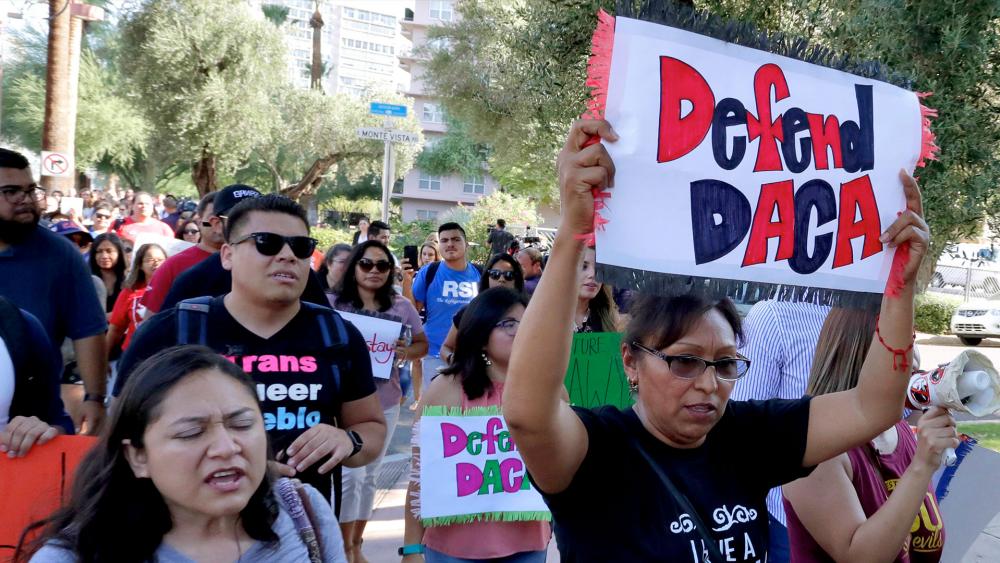 ABOVE: Matt Soerens, US director of church mobilization for World Relief, and an advocate for immigrants including dreamers, appeared on Thursday afternoon's edition of CBN's Newswatch to talk about the Supreme Court ruling and if Congress will finally take action. Newswatch is seen weekdays on the CBN News Channel. For a programming schedule, click here.

The US Supreme Court has overturned President Trump's attempt to end the DACA program which provides legal protections for 650,000 young immigrants who were brought to the US illegally.

The ruling means those immigrants are protected from deportation and can keep working and living in the US.

Chief Justice John Roberts joined the four liberal justices in the 5-4 ruling. Liberal Justice Sonya Sotomayor outright accused President Trump of racism in the opinion she delivered in the case.

The DACA program, which is short for Deferred Action for Childhood Arrivals, was established under the Obama administration 8 years ago.

The conservative-leaning justices on the court wrote in their dissent that DACA was illegal from the moment it was created.

Trump reacted to the ruling on Twitter by retweeting about Justice Clarence Thomas who offered a dissenting opinion in the case. Thomas called the ruling “an effort to avoid a politically controversial but legally correct decision.”

The issue of illegal immigration was a key element of President Trump's election in 2016, so this ruling is expected to reignite the debate during this 2020 presidential election year. Trump criticized the court saying this is now a 2020 campaign issue:

These horrible & politically charged decisions coming out of the Supreme Court are shotgun blasts into the face of people that are proud to call themselves Republicans or Conservatives. We need more Justices or we will lose our 2nd. Amendment & everything else. Vote Trump 2020!