What's God Shouting in This Pandemic? How Should Christians Stand? The Benham Brothers and Jim Daly Answer 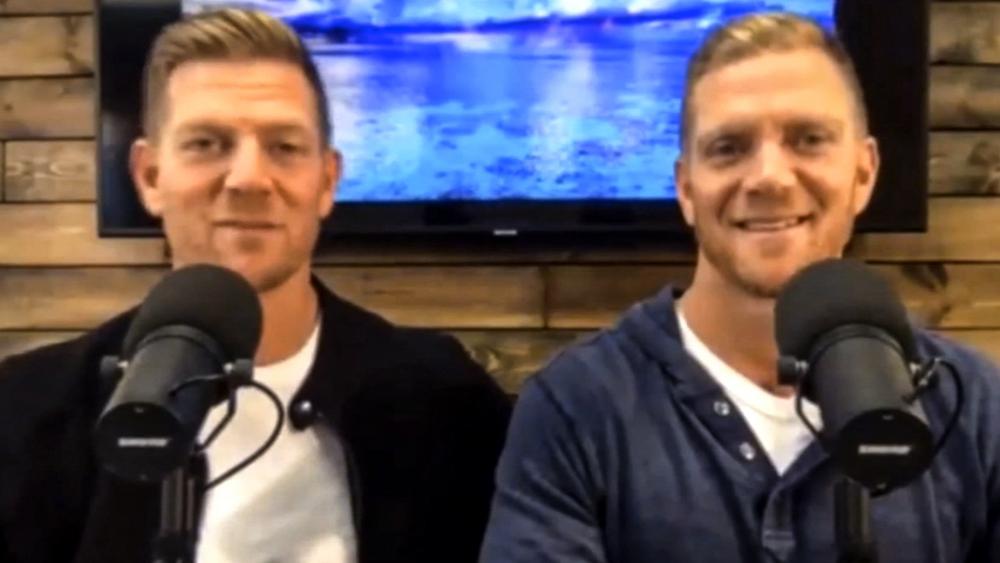 What's God Shouting in This Pandemic? How Should Christians Stand? The Benham Brothers, and Jim Daly Answer

Several Christian leaders want to help people find a silver lining to the coronavirus cloud. They joined together online this past week, to discuss subjects which included listening to what God might be telling us, the duties of Christians in the face of these lockdowns, and protecting God-given rights.

The Family Foundation of Virginia sponsored the digital simulcast that encouraged viewers to find good things during this painful pandemic.

Focus on the Family's Jim Daly started the program with a relevant quote from C.S. Lewis.

"Lewis famously wrote, 'God whispers to us in our pleasures, speaks in our consciences, but shouts in our pains.  It is his megaphone to rouse a deaf world,'" Daly quoted.

"This pandemic has been a time of pain and I hope we can hear God shouting in it," Daly stated.

Six Things the Lord is Shouting

Then he shared six things he believes the Lord is shouting:

"God is in the middle of the mayhem," is the way Daly put it.  As for this pandemic, he said of God, "He is not surprised by it or perplexed by it.  It's a shock to us, but not to him.

Then the host of the popular Focus on the Family radio broadcast advised, "Lean into Him.  He'll never leave us nor forsake us."

2. This is not the end, but a new beginning.

3. God makes all things new.  And right now, He can help us form new, good habits.

Reading the Word & Praying Together

For instance, Daly offered, "My wife Jean and I have been spending more time in the morning reading the Word and praying together."

4. Heaven is real.  Even if death overshadows us, we need to remember heaven awaits us.

"Scripture says our lives are but a vapor.   But we can't lose sight of what's coming after this life," the Focus on the Family host said.

5. Do not forsake God.  In this hard time, it's important we not blame Him and turn our back on Him.

Daly brought up Job, who lost everything, saying of him, "Even Job questioned God's plan.  But despite losing his health and wealth, he never turned away from God.  And neither should we."

'Nothing is More Perfect than the Love of our Heavenly Father'

"Nothing is more perfect than the love of our Heavenly Father.  He knows, He cares and He understands," Daly said.

He concluded, "God is speaking to the world in the middle of this pandemic.  Now I don't believe He caused it, but He's allowed it.  And He's using it to accomplish His purposes.  Are we paying attention?  Are we listening?"

Then the radio show host shared a story.   He spoke of a man named John who passed away about a month ago of cardiac arrest, a condition attributed to the coronavirus.

The Precious Story of an Unshared Text

"John was only 32.  He lived in Danbury, Connecticut, and left behind his wife Katie and two small children," Daly began. "John's wife was stunned and shaken.   In her grief, she grabbed her husband's phone to look at some pictures he'd saved there.

"Katie saw the photos, but she also found something else: an unsent message – a note John had written, intended for her.

"John wrote, 'I love you guys with all my heart, and you've given me the best life I could have ever asked for.   I am so lucky; it makes me so proud to be your husband and the father to Braedyn and Penny.'

"He continued, "Katie you are the most beautiful, caring, nurturing person I've ever met.  You are truly one of a kind.   Make sure you live life with happiness and that same passion that made me fall in love with you.'"

"What a gift John left his wife," Daly exclaimed.  "it's got me thinking: if I were to suddenly pass away, what would my wife Jean have on my phone to remember me by?"

"Does the content of your phone reflect your priorities?  More important, does your life?" Daly asked.  "The COVID-19 pandemic has been called by some 'The Big Pause.'  Not for everybody, but for many.  If you have some extra time, why not spend some of it praying and pondering how the Lord wants you to spend the rest of your days here on earth?"

He closed by saying, "Let's pray for God to turn the tide on this pandemic, while we make good use of the time He's given us in this difficult season."

The Benham brothers appeared in the same simulcast, with their usual cheeky humor on display.

David Benham introduced the duo by saying, "I'm David.  This is my little brother Jason.   He's been in my shadow almost 45 years now."

Fighting for Rights the Lockdowns Crushed

But they spoke solemnly about people of faith standing up for rights that are sometimes threatened in this pandemic: like free speech or the right to assemble.  David himself was recently arrested for sidewalk counseling outside an abortion clinic.

Officials in the Charlotte, North Carolina area had decided abortion was essential, but sidewalk counseling for the women headed into abortion clinics was non-essential, and in fact, people like David Benham couldn't do it.

He vehemently disagreed, saying, "Our responsibility as Christians is to be the voice of Truth; is to step in and be help to the helpless."

David and Jason Benham have a non-profit charity, Cities4Life, that North Carolina had deemed essential.   The Benham brothers considered their sidewalk counseling efforts part of that essential work.   And they thought speaking out and standing on a public sidewalk to do it were part of their essential constitutional rights.

'I'm Not Going to Budge'

"But now all of a sudden, our rights are being threatened," David recalls thinking as he ran up against police who insisted the sidewalk counseling was now illegal.  "And I was like, 'No no.  I'm not going to budge.'  And they ended up arresting me."

Jason Benham chimed in, asking, "How do you redeem a crisis?  You continue to be faithful in the midst of it.   That's how you do it."

David added, "Be like the men and women of Issachar who understand our times and know exactly what we should do.    It's not a time to be silent about our faith."

By the way, there was some happy news from that sidewalk counseling location at the very time David was arrested.   Nearby was a mobile sonogram unit driven there by allies of the Benhams in the fight against abortion.

"They had two separate sidewalk counselors talking to two mothers at that very moment," David reported.  "And they actually went on-board the mobile sonogram unit.  They saw sonograms of their children.  Both chose life.  One of the mothers actually chose to give her heart to the Lord."

They've Paid for Their Beliefs Before

David's arrest isn't the first time the brothers ran into trouble for their beliefs.   They'd been a world-class home improvement team, famous for flipping homes, which led to an offer by HGTV to feature them in a reality show called "Flip It Forward."

Their stands, though, against abortion and same-sex marriage cost them that show.   That led them to write such books as "Whatever the Cost: Facing Your Fears, Dying to Your Dreams, and Living Powerfully," "Living Among Lions: How to Thrive like Daniel in Today's Babylon," and "Bold and Broken: Becoming the Bridge Between Heaven and Earth."

Fathers of nine children combined, the Benham brothers both suggested believers need to pass their biblical beliefs on and model a relationship with God to their children.

Model It to the Next Generation

"Create an appetite in your kids for the things of the Lord," Jason encouraged, recalling, "When we were kids, we woke up every morning and we caught dad and our mom…both of them, our dad and our mom…either reading their Bibles or praying in front of the couch."

And then, like David did outside that abortion clinic, the Benham brothers urged people of faith and conviction to stand, even if their government tells them they're wrong.

"We're American citizens.  We have rights," David insisted, adding, "Those rights are not given by the government.  They're given by God."