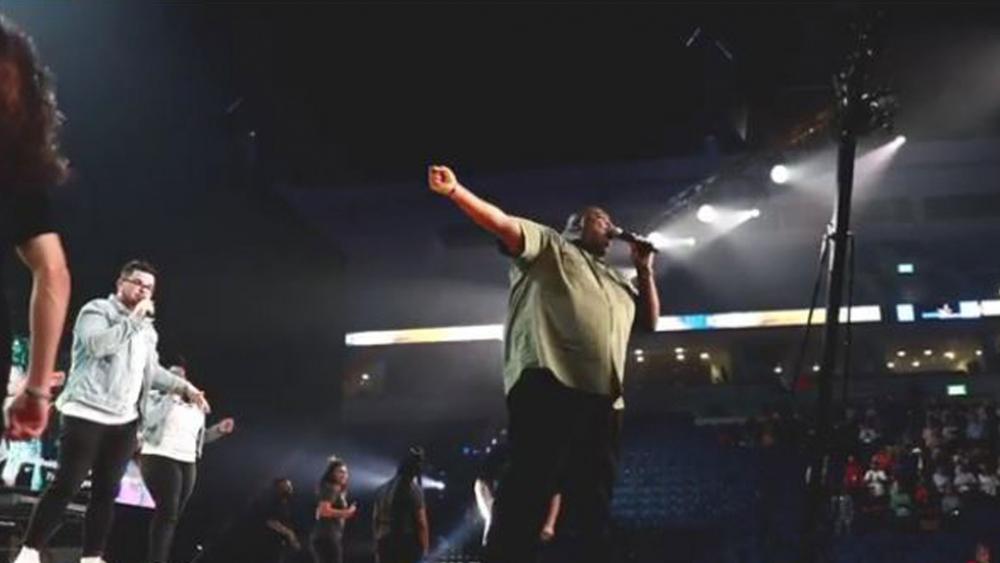 Christian worship leader Eddie James is calling pastors of all backgrounds to hit their local streets and show protestors and rioters that "Jesus is the answer.”

Last December, James joined a diverse group of Christian leaders at the White House to pray for President Trump and now he is calling for a similar show of unity among black and white Christian leaders during a time of civil unrest because of the recent death of George Floyd.

"The blacks and the whites are coming together in riots and it's starting to make me so frustrated because I'm saying, how is it that blacks and whites and other people can come together and riot, and everybody is talking about how bad the riots are, but I've yet to see black pastors and white pastors and Hispanic pastors hit the streets immediately worshiping. And more than that, preaching the Gospel to say, Jesus is the answer," James said on Instagram.

Church We Need You NOW!! The #GOSPEL is the answer!! Complaining about #Riots in your home changes nothing!! Please let’s respond now!!

James went on the say that the Gospel is the only answer.

James has recently come under criticism from other Gospel artists like Deitrick Haddon and Lillian Lloyd for sharing the need to pray for officers and white Americans being harmed during the riots.

"We are ALL fighting for the same cause!! We want change!! We want Justice. That's what really matters to me," he responded.

In his most recent appeal, James said true change will come when Christians respond to what's unfolding on the nation.

"We need the blood. We need the cross. We need to do something besides tweeting and social media and let the government try to do something to fix the riots. What we need is a Holy Ghost revival and it doesn't need to happen among the four walls of the church. We need people in the streets," James said.