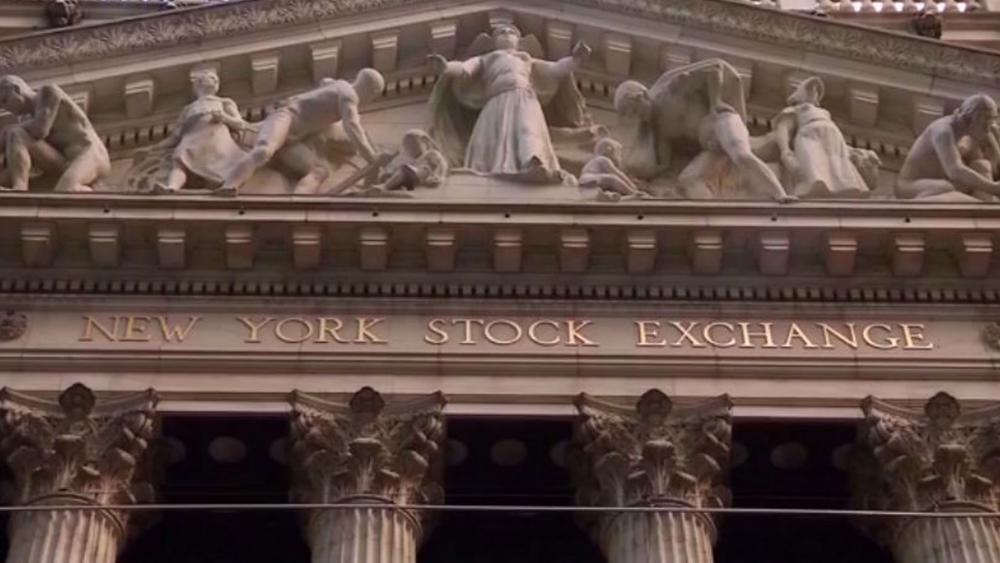 ABOVE:  Dan Celia, president and CEO of Financial Issues Stewardship Ministries, Inc., and host of the nationally syndicated radio and television program "Financial Issues," appeared on the Monday afternoon edition of CBN's Newswatch to talk about the need to have Congress act quickly to help the US economy. Newswatch is seen weekdays on the CBN News Channel.

NEW YORK (AP) - The Federal Reserve did what it could to help financial markets and the economy Monday. But investors are still waiting for Congress and the White House to do the same.

Stocks skidded between drops of nearly 5% and more modest losses on Wall Street as investors wait to see if Democrats and Republicans can agree on a rescue package for the economy. They failed to reach a deal over the weekend, and Democrats blocked another vote to advance the nearly $2 trillion plan Monday afternoon. Earlier, U.S. stock futures and European stocks got a bump higher following the Fed's latest massive, surprise announcement of support, but the gains quickly vanished.

The S&P 500 was down 3.6% in afternoon trading and is close to its lowest point since late 2016, just after President Donald Trump's election.

With Monday's losses, the stock market has lost roughly a third of its value since its record last month, as more businesses shut down in hopes of slowing the spread of the coronavirus. Economists increasingly say a recession seems inevitable, and no one can say for sure how deep it will be or how long it will last.

Markets are likely to remain incredibly volatile as long as the number of new infections accelerates. Until then, investors are looking for both central banks and governments to do their parts to support the economy.

The Fed came through Monday, saying it would buy as many Treasurys and mortgage-backed securities as it takes to stabilize bond markets. It goes way beyond the $700 billion in purchases announced last week, which economists called a “bazooka” of support. It also said it will buy corporate bonds and other investments to help improve trading in markets, which have been thrown into mayhem amid a rush for cash.

Investors are rushing to sell what they can to raise cash, which has caused prices for even high-quality bonds to fall and trading to get snarled. The Fed's efforts are aimed at helping those markets.

"This is excellent, comprehensive, covering many areas of the financial markets, their function, the flow of credit - this is exactly what was needed,’’ said Donald Kohn, former Fed vice chair and now senior fellow at the Brookings Institution. “The Fed has hit it out of the park as far as I’m concerned.''

“The key issue now is getting the fiscal response straight,’’ said Kohn, saying that Congress needs to finance a stabilization fund to back up the Fed’s efforts.

Congress debated through the weekend on a rescue plan for the economy that was nearing $2 trillion. But top White House officials and congressional leaders are struggling to finalize it.

“The Fed is only important to the extent that it keeps the markets running smoothly," said Chris Zaccarelli, chief investment officer for Independent Advisor Alliance. “It’s completely up to the federal government, and I mean Congress and the executive branch, at this point.”

Trump officials and congressional leaders resumed talks after Democrats derailed the plan Sunday night. They argued it too heavily favored corporations. Democrats blocked another vote to advance the package Monday, trying to steer more of the assistance to public health and workers.

Still, optimism remains that they'll get to a compromise.

“If the alternative is crashing the plane, then you’ll do everything you can to not crash the plane,” said Thomas Martin, senior portfolio manager at Globalt. “Ultimately the government will get there."

Even if the two sides find a compromise, Congress may need to go through more rounds of similar negotiations if the outbreak isn't brought under control.

"It's battlefield dressing meant to keep the patient alive, but more will be needed to be done before complete healing is accomplished," said Sam Stovall, chief investment strategist a CFRA.

"What we need to do is arrest the spread of the coronavirus - flatten the curve, if you will - and at the same time flatten consumers' anxiety, because we could simply end up seeing a rotation in frenzied buying from toilet paper to other commodities, and conceivably bank accounts."

The S&P 500 was down 3.6%, as of 3:10 p.m. Eastern time in another day of sudden swings. It swung between a loss of 4.9% and just 0.2% earlier in the day. Before trading opened, futures for the S&P 500 swung from a loss of 5% to a gain following the Fed's announcement, a microcosm of the extreme volatility dominating the market in recent weeks.

Lockdowns and closures intended to halt the spread of the new coronavirus expanded over the weekend to include many cities around the world and the number of people infected surged past 336,000. All the moves help slow the spread of the virus, but they also sap away more revenue from businesses big and small.

For most people, the coronavirus causes only mild or moderate symptoms, such as fever and cough, and those with mild illness recover in about two weeks. Severe illness including pneumonia can occur, especially in the elderly and people with existing health problems, and recovery could take six weeks in such cases.

Trading on the New York Stock Exchange went all-electronic for the first time Monday after the exchange temporarily closed its trading floor as a precaution. The exchange announced the move last week after two employees tested positive for the virus. The number of floor traders had dwindled sharply in recent years as more trading become electronic.

Traders said the market is operating smoothly, or as well as it could given the conditions.

“Things are sort of seamless, as far as speed and execution go,” said Peter Tuchman. He's usually on the NYSE floor trading for Quattro Securities but now working from home.

“Surely, it runs smoother when we're there, but these are strange times calling for strange measures and to protect the community we have to stay home.