NEW YORK – Before the sound of traffic locked horns with the music of church bells, and before the building tops soared above its spires, Saint Patrick's Cathedral was the only skyscraper in town.

Nothing says Ireland like the Emerald Isle's patron Saint Patrick. And nothing says New York like St. Patrick's Cathedral, where Irish immigrants to America first brought their devotion to the saint from Ireland to New York.

The Story of America's Great Cathedral

When "immigrant Irish laborers, with no machines, no electricity" laid the cornerstone in 1858, said Rev. Mons. Robert Ritchie, they set in motion a building that would span generations.

The story of "America's great cathedral," begins in Little Italy, where the old St. Patrick's was built some 50 years before its successor.

"Now this is considered old New York but at the time, anything north of Wall Street was, you're on your own out there," said Father Brian Graebe, the pastor of the Basilica of St. Patrick's Old Cathedral in Little Italy.

In the Fifth Century, St. Patrick endured persecution, imprisonment, and torture as he spread the gospel of Jesus Christ to Ireland. Now you can experience the remarkable true story of St. Patrick told in the CBN Films production, I Am Patrick. Click HERE to find out how to get your own DVD and access to 4K streaming to the theatrical premiere on March 17. 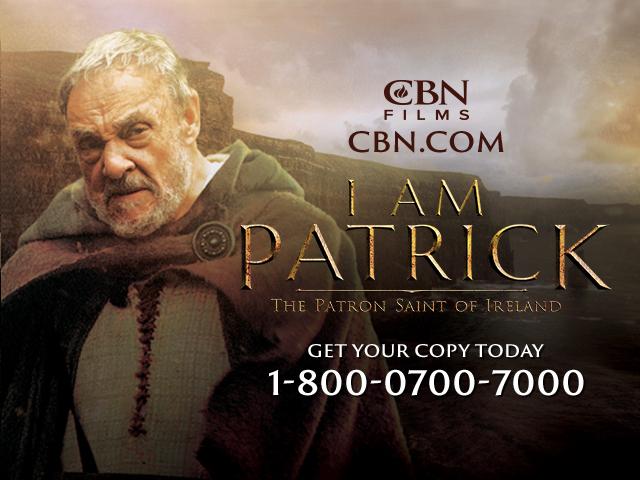 Old St. Patrick's is where Michael Corleone became "The Godfather" in that infamous baptism scene.

But before this neighborhood became known for its Italian roots, the Irish were the largest immigrant group here.

"They wanted to put their stamp on the diocese and so what better way to do that than the iconic Irish saint," said Fr. Graebe.

When finished, old St. Pat's was the largest indoor space in New York, standing in a dangerous place for Catholics and immigrants.

Nativist gangs in nearby neighborhoods like those depicted in Martin Scorsese's "Gangs of New York" led the bishop to take extra precautions.

A Wall and a Tunnel Once Protected Clergy at Old St. Pat's

"There's a tunnel underground that leads from the bishop's house into the cathedral, that's how unsafe it was considered," said Fr. Graebe.

"Just walking across the street into his church the bishop was taking his life into his hands," he said.

The wall built to protect the church from anti-Catholic riots still stands today. Fr. Graebe told us the wall runs the length of the perimeter of the church.

Yet, for all the protection the wall provided, it couldn't stop the devastation of a massive fire after the Civil War.

The pastor of St. Patrick's Old Cathedral said that after the fire the cathedral had to be rebuilt almost from scratch.

That's when Italian Catholics left patrons of their own in the windows originally made for the Apostle of Ireland.

"An Irish saint but with Italian saints in the stained glass," said pastor Graebe. The church now boasts a statue of Our Lady of China as well as Vietnamese and Spanish masses.

"It's really a great melting pot right here," he said.

Those who first came to the lower east side of this island can still be found resting in the tombs beneath old St. Pat's.

Inside the catacombs under the church lie the remains of a Civil War general complete with an altar where Father Graebe still serves mass.

Click HERE to find out how to get your own "I Am Patrick" DVD and access to 4K streaming to the theatrical premiere on March 17. 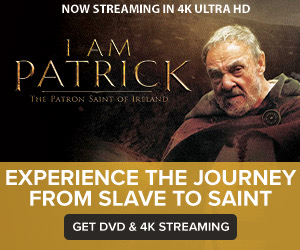 That's not the only Civil War connection between these two cathedrals.

It all started with a man they called "Dagger John," an Irish immigrant who became the first Archbishop of New York.

"I'm sure he looks down from Heaven and says, 'I had the right idea,'" said Rev. Mons. Robert Ritchie, the Rector of The Cathedral of St. Patrick, commonly called St. Patrick's Cathedral.

Bishop John Hughes' vision of a new cathedral in uptown Manhattan became known as "Hughe's folly." When the Civil War delayed construction, Hughes was sent as an emissary for the North. Abraham Lincoln used him or asked him for his help in going through parts of Europe to convince some of the European governments not to aid the South during the Civil War but to stay with the Union," said Mons. Rev. Ritchie.

Sadly, Archbishop Hughes never saw his vision through. "He died before the war ended," said the rector.

When the new St. Patrick's was completed, they moved the archbishop's body from the crypts under old St. Pat's to a new resting place, underneath the altar of the St. Patrick's he never saw finished.

"All of the bishops of New York are all buried here," said Mons. Rev. Ritchie.

When Popes visit American shores, they come to St. Patrick's, and from the assassination of President Kennedy to the World Wars and 9/11, Americans look to this cathedral for strength in the face of tragedy.

From the original St. Patrick's that survived anti-Catholic riots and a massive fire to the "new" St. Patrick's, some 140 years old, the church has become a national rallying point. That's why they call it "America's parish church."

If a cathedral is a prayer sung in stone, then this one is a place for all Americans to come together.