'Not a Time to Panic': Global Coronavirus Fear Sends US Stocks Plummeting 10% in 1 Day 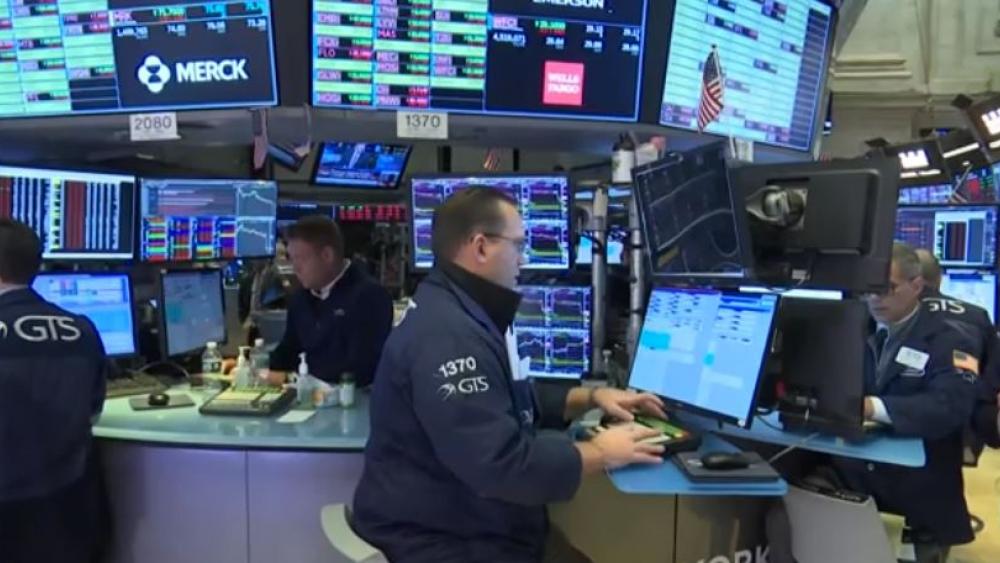 A trader works on the floor of the US Stock Exchange in New York, New York on Thursday, March 12, 2020. (Screenshot credit: APTN)
6141091396001
'Not a Time to Panic': Global Coronavirus Fear Sends US Stocks Plummeting Again

ABOVE: Todd Staples, president of the Texas Oil and Gas Association appeared on the Thursday afternoon edition of CBN's Newswatch to talk about how how the Texas oil industry is responding to the market and what it means for consumers and the economy. Newswatch is seen weekdays on the CBN News Channel. For a programming schedule, click here.

Stocks have plunged into a bear market territory for the first time in more than a decade as coronavirus fears escalate and countries take steps to limit travel and other activities. Investors are rattled, fearing that those dramatic steps could hurt economies around the world.

The Dow Jones Industrial Average closed down 2,350 points, or 9.99%, while the broader S&P 500 was down 9.5%, amid a cascade of cancellations and shutdowns. Stocks had rebounded slightly after the Federal Reserve said it would step into the bond market to address "highly unusual disruptions" in the trading of Treasury securities, but then the markets plunged again.

Trading curbs kicked in again Thursday morning for the second time in just one week. The stop down was historic since trading hadn't been halted on the stock market since 1997.

Travel stocks again were among the hardest hit. Norwegian Cruise Line and Royal Caribbean Cruises both lost roughly a quarter of their value. Another drop for United Airlines put its loss for the year at more than 50%.

Not only has the stock market been falling hard in the last few weeks, but oil and gasoline prices have also plunged as well with the benchmark Texas Intermediate Crude selling for around $31 a barrel. The price had been over $60 a barrel at the start of the year and it was selling at more than $40 a barrel before the price collapsed on Sunday.

Oil prices are at their lowest level in four years.

"Make no mistake about it, we will be in a full-fledged global recession in just a matter of weeks," Celia said, "and the United States will not be excluded from this recession. We obviously can't be in a technical recession at least until the end of June, since a recession is defined as back-to-back negative GDP quarters. But we will be in a financial and emotional recession with or without the technicals. The question is, how long will it last?

"But more needs to be done besides cutting rates—that will do nothing," Celia said. "President Trump has submitted his thoughts about stimulating the economy. I think the payroll tax holiday was an extremely good proposal, but, of course, partisan politics will likely allow us to go into deep recession or depression before any kind of stimulus policies will be allowed to come out of the Trump administration, which is a shame."

"Many are saying that American politicians must put their differences aside and come together," he noted. "These are people living in the Twilight Zone of politics from 40 years ago. It's not going to happen. And if it doesn't happen, we'll begin to see liquidity issues that will be extremely harmful to an already falling market.

"Having said all that, this is not a time to panic," Celia continued. "We cannot sell if we are long-term investors. We cannot afford to panic. There will be major buying opportunities either in a month or six months. I would expect to see another 5% to 10% downturn today, and I don't see that slowing down anytime soon unless there is a major announcement about a coronavirus vaccine being available in the next few weeks."

"Again, financially, this is not a time to panic, and we could be facing a buying opportunity the likes of which few of us have seen in our lifetime, but I do believe we are some weeks away from that," he concluded.