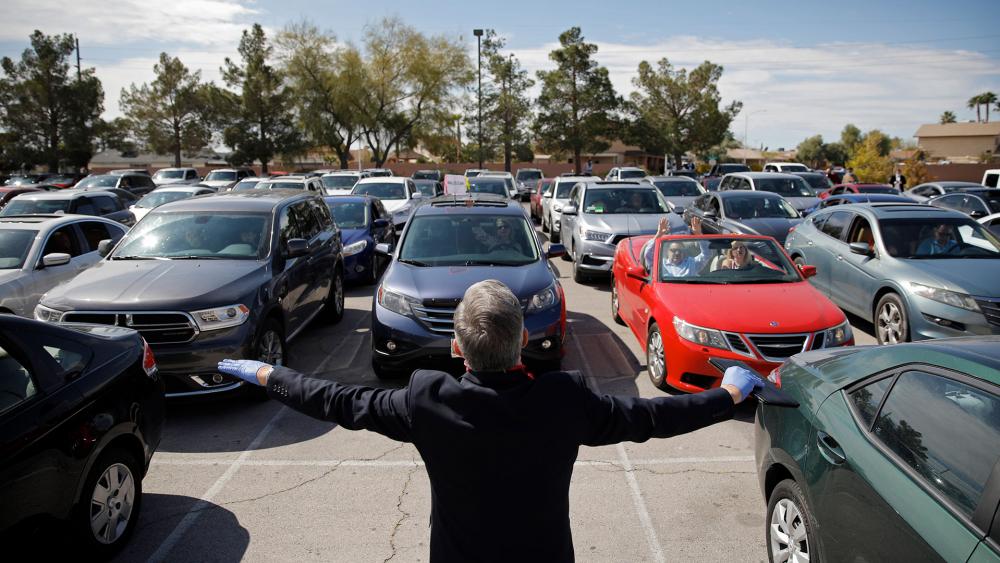 The Justice Department is pressing Nevada to review its ban on religious gatherings limited to 10 or more people, according to an exclusive report by Fox News.

"We are concerned, however, that the flat prohibition against 10 or more persons gathering for in-person worship services — regardless of whether they maintain social-distancing guidelines — impermissibly treats religious and nonreligious organizations unequally," US Attorney for the District of Nevada Nicholas Trutanich and ﻿Assistant Attorney General Eric S. Dreiband wrote in a letter obtained by Fox News to the Silver State's Gov. Steve Sisolak.

"These directives may violate the Free Exercise Clause of the First Amendment unless the government can prove a compelling interest and pursued the least restrictive means possible," they wrote.

The pair also suggested Gov. Sisolak amend his emergency order and remedy the "unequal treatment of places of worship."  The governor's office has not commented on the letter.

It's been more than two months since Sisolak's banned in-person worship services of 10 or more people. His March 20th order also restricted drive-in and pop-up services. Drive-in services have since been approved by the state.

Nevada began phase one of its economic reopenings on May 9, allowing barbershops and salons to reopen by appointment. Retail stores and restaurants were also allowed to reopen at 50 percent capacity, but the ban on all in-person services for all houses of worship is still in place.

The South Bay Pentecostal Church's attorneys had asked the high court to issue an emergency injunction against the ban. Attorney Tom Brejcha of the Thomas More Society pointed out California's two-month-long ban on in-person services "is a blatant violation of the Free Exercise Clause of our First Amendment."

The new guidelines Gov. Gavin Newsom (D-CA) just issued might still face some opposition from religious leaders. For one thing, these guidelines state places of worship must "limit attendance to 25% of building capacity or a maximum of 100 attendees, whichever is lower."

"Some governors have deemed liquor stores and abortion clinics as essential but have left out churches and other houses of worship," Trump said. "These are places that hold our society together and keep our people united."

"The people are demanding to go to church and synagogue, go to their mosque," Trump said. "Millions of Americans embrace worship as an essential part of life."

Following Trump's announcement, the Centers for Disease Control and Prevention released new guidelines for communities of faith on how to safely reopen, including recommendations to limit the size of gatherings and consider holding services outdoors or in large, well-ventilated areas.