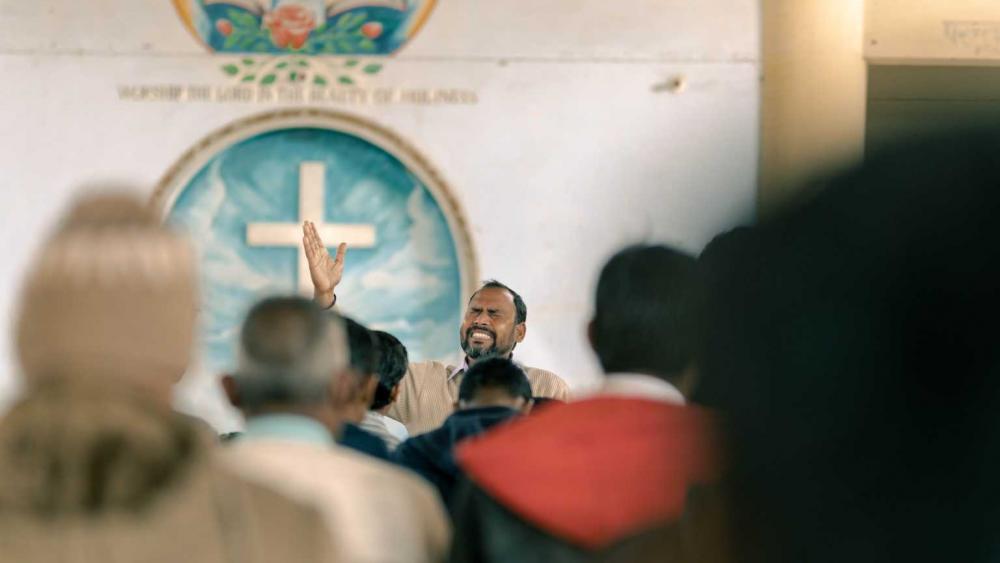 Attending church from home brings with it its own set of problems, including people constantly looking at the time in the corner of the tablet or computer they’re watching the worship service on.

And as it turns out, pastors and the people filling the pews — or, these days, joining the Facebook Live chat — have very different perspectives on just how long a sermon lasts, according to recently released data from LifeWay Research.

Most Protestant pastors (54%) think their sermons last between 20 and 30 minutes and 85% said they are confident they don’t go over 40 minutes. Only 14% believe their messages run longer than 40 minutes. But among those who attend Protestant churches, 32% think their pastors’ sermons are circling an hour in length.

FAITHWIRE: Ousted Whistleblower Testifies Before House Committee: ‘Darkest Days of Pandemic Might Still be Ahead’

Despite the fact, the vast majority of Protestant preachers believe their sermons are under 40 minutes, only 66% of Protestant attendees felt the same way.

“As churches restart in-person worship services and other church activities, many are calling for churches to refocus on the essentials,” said Scott McConnell, executive director of LifeWay Research. “Prior to the pandemic, that would have meant shorter sermons for some churchgoers.”

Pastors and parishioners are definitely not always on the same page when it comes to how long the Sunday morning service lasts.

“Some sermons feel like they are longer than the pastor estimates,” McConnell explained. “Churchgoers report sermons over 40 minutes in both small and large churches, but that could be related to different definitions of what elements of the church service are included in the sermon. For example, pastors may give announcements, do a Scripture reading, and conduct an altar call surrounding the sermon, which may lead to congregants feeling as if the message itself is longer.”

So when churches start filling the pews again, pastors might need to make a concerted effort to tighten the length of their morning messages.

Some of this, of course, shifts based on demographics.

Caucasian pastors are far more likely to say their sermons are under 20 minutes, while African-American ministers are more willing to admit their messages run longer than 40 minutes in length. And interestingly, there is a direct correlation between the amount of education a pastor has and how long his or her sermon lasts. Preachers with a master’s (42%) or doctoral (34%) degree are more likely to deliver a 20-minute message compared to those with less formal education (10%). Those with a bachelor’s degree or no college education (24%) are more likely to preach for at least 40 minutes than those who have obtained advanced degrees (10%).

Parishioners want church to be shorter — but not too short.

Only 14% of Protestant churchgoers said they want their respective pastor’s sermon to last between 15 and 20 minutes. The majority of congregants (52%) want their pastor to preach anywhere from 20 to 40 minutes. Only 9% of attendees said they want to sit for an hour-long message on Sunday morning.

“Many pastors have likely been preaching shorter sermons while their churches have met virtually,” McConnell said. “More than a quarter of churchgoers would prefer such shorter sermons when they return to meeting in person.”