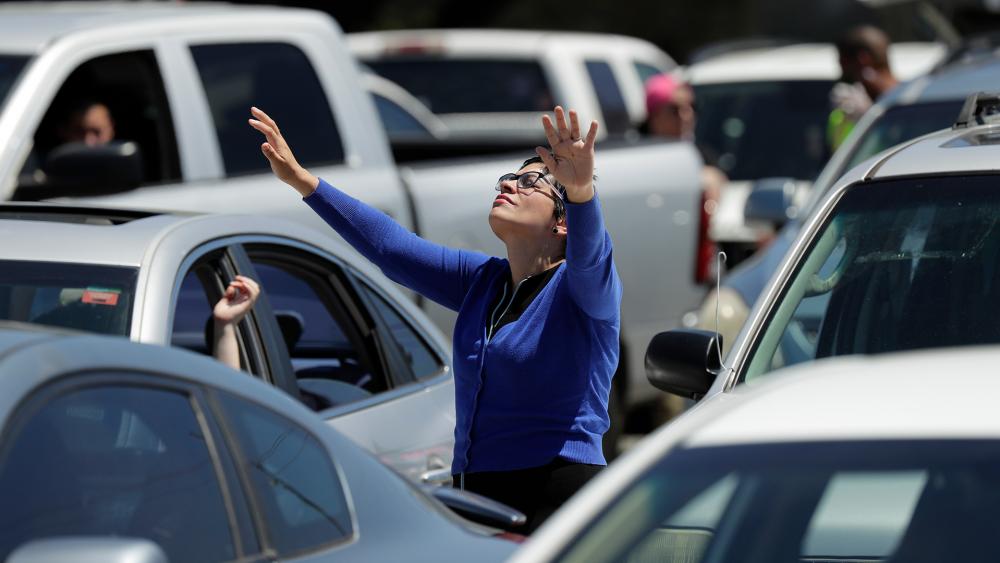 A church goer worships in the parking lot in San Antonio, April 12, 2020. (AP Photo/Eric Gay)
6210621652001
As COVID Cases Spike Nationwide, Christians Lead the Fight Against It in the Realm of Prayer

COVID-19 cases are spiking around the country, and many states have once again implemented restrictions on public gatherings.

The disease is activating people of faith to hold fast to God during the crisis. The Apostle Paul encouraged New Testament believers not to be anxious, but to pray. And that's one way Christians have been waging a fight against the virus.

For others, the battle is personal. Tony Perkins with the Family Research Council told CBN News that COVID hit his entire family last summer, and he contracted it back in July.

"My daughter's actually an ER nurse working with the — at the time — Coronavirus patients. So, we're not sure if maybe that's where it came from or through traveling."

His symptoms lasted about two weeks. A recent test reflected that he now has COVID antibodies.

"It's actually a part of the defense of this for the broader society as people get this they become barriers to the spread of it," he said.

Perkins attended September's White House Rose Garden ceremony announcing Amy Coney Barrett's nomination to the Supreme Court, which is now labeled a "super-spreader" event. He was two seats away from former New Jersey Governor Chris Christie, who, along with the President, the First Lady, and several others, contracted the virus.

Also present at the gathering was Harvest Christian Fellowship Pastor Greg Laurie, who made an impassioned plea in a video he sent to CBN News.

"I just wish that at a time like this we wouldn't politicize something like this and show compassion to people that are struggling with this. It's real," Laurie said.

Perkins and others say it's time for the Church to go on the offensive.

"This is a moment for us where we need to be leading, and quite frankly I don't think we've done a really good job of it," Perkins said. "Again, I understand this is serious. I understand people have died from this, but people have died from other things. We live in a dangerous world. We cannot hide. We have to stand with common sense — taking the necessary precautions."

At a recent rally called "Freedom Sunday," Christian leaders urged fellow believers to choose faith over fear and to take a stand and resume in-person worship — a practice that pits public safety against the First Amendment right to worship, which is now being challenged in the courts.

Still, to the faithful, prayer is an indispensable weapon in the fight against COVID, which also affected San Antonio pastor John Hagee. Hagee didn't attend the Rose Garden event but was at the White House earlier in September.

"As it is a reality in our lives we also have a promise that we serve a God who is a healer," said Matt Hagee, John Hagee's son.

Prayer: an effective tool people of faith see as the first line of defense. 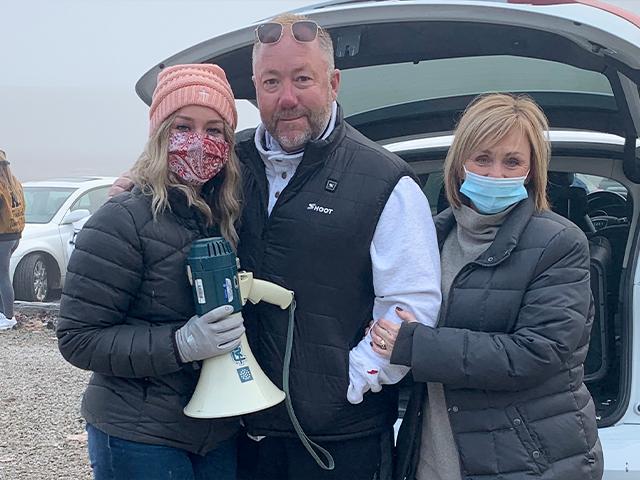