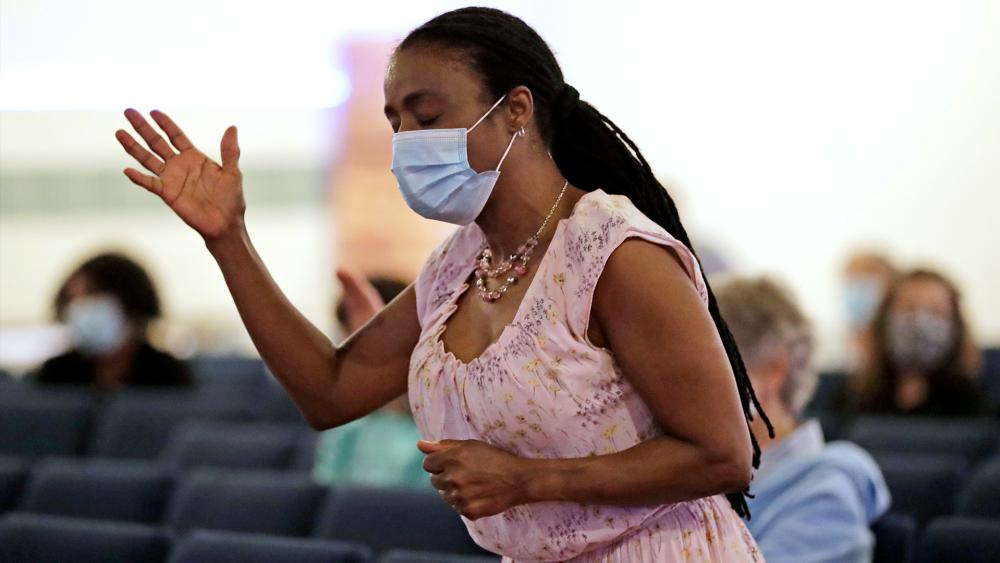 A Broadway actor who survived COVID-19 is receiving backlash for pledging to "respectfully disobey" state restrictions on religious services in Washington.

The guidelines also restrict choirs, bands and congregation members from singing during worship but does allow for solo performances.
Kimball wrote in his tweet, "Respectfully, I will never allow a Governor, or anyone, to stop me from SINGING, let alone sing in worship to my God. Folks, absolute POWER corrupts ABSOLUTELY. This is not about safety. It's about POWER. I will respectfully disobey these unlawful orders."

Respectfully, I will never allow a Governor, or anyone, to stop me from SINGING, let alone sing in worship to my God. Folks, absolute POWER corrupts ABSOLUTELY. This is not about safety. It’s about POWER. I will respectfully disobey these unlawful orders. #inslee #Tyranny #truth pic.twitter.com/84UDiozOd1

The 43-year-old actor tested positive for COVID-19 in March, sharing his journey on social media and supporting social distancing calling it "an act of love, respect, self-sacrifice and compassion."

But in recent weeks Kimball has tweeted that he's "leery of the dictates, mandates & edicts."

His fellow Broadway co-stars have been responding to Kimball's outspoken opposition, most saying they disagree.

Jarrod Spector, star of Broadway's Jersey Boys wrote, "It really doesn't seem like too much to ask that when you go to gatherings of up to TWO HUNDRED PEOPLE you refrain from using your well-trained diaphragm to aerosol spray everyone around you with Covid."

Kimball later added to his post explaining he believes the overreach is not being able to sing even with a mask on and said the governors guidelines are "hurting more than helping" and points to his faith for reference.

In an Instagram post he wrote, "And everyone is experiencing loss. All of our earthly pleasures – the things we rely on, our freedom, the things that help us escape – have been ripped away. And the only thing standing are those aching questions – Who am I? WHOSE am I? What is the thing that LASTS? Where does my strength come from? where does HOPE come from? These are questions I've been asking myself. So. We all stand here naked and apart from our comforts and pleasures. An we've got time to think!"