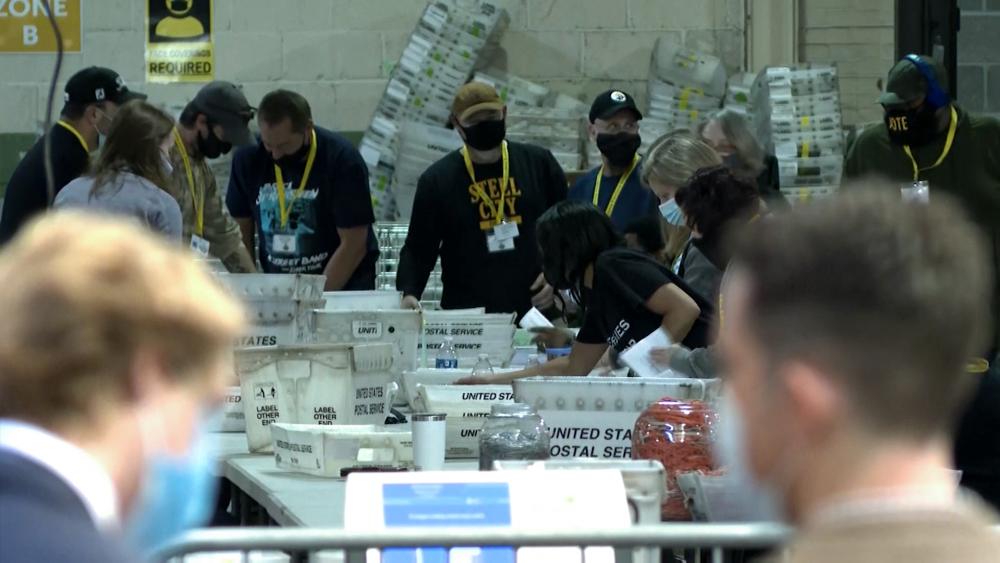 6210356919001
Election Chaos: Could the House of Representatives Ultimately Choose Who Becomes President?

When you cast your ballot, your vote isn't really for the president. It's for the slate of electors in your state who make up the Electoral College vote.

Hans von Spakovsky, the Heritage Foundation's election expert, told CBN News, "When the Electoral College meets, they will vote for either Donald Trump or Joe Biden. So  you're actually electing that slate when you vote for one of the two candidates."

He points out that after your votes are added up, your governor gives them his seal of approval.

"The governor certifies the results, and therefore decides which slate of electors goes to the Electoral College meeting – this year on December 14th."

But what if there are disputes that throw serious doubt on results and whether those slates of electors have been legally voted in?

State legislatures could step in and reverse things.

"The Constitution gives complete and full power to state legislators to decide how electors are chosen," Spakovsky explained.

So if a state legislative majority decides votes of their citizens have been corrupted, they can reject the electors. If that happens, the legislature can choose its own slate of electors.

If that happens, dueling slates would then be headed to Congress. On January 6, those national lawmakers are supposed to count up and approve the Electoral College votes for president.

But in this scenario, do they accept the vote of the electors chosen by the legislature, or the ones certified by the governor?

In the case of dueling slates, the Democrat-controlled House could pick one set, and the Republican-controlled Senate the other set.  And what happens then?

Spakovsky said, "I think you would get a heck of a debate and dispute over which set of Electoral College votes to pick."

So how to get out of this bind?

"Under the 12th Amendment, if neither candidate has the number of Electoral College votes needed to win, which I guess is a possibility, well then, the House of Representatives picks which of the candidates is the president," Spakovsky said.

You might assume that means the Democrat majority there will automatically pick Biden. But that's not how the US Code orders the House to conduct its presidential vote.

Republican delegations in the House currently control a clear majority of the 50 states. Imagine the irony: in that case, a Democrat-controlled House could be what ultimately elects a Republican president.

"It would be a very funny irony, that's for sure," Spakovsky said.

But both Trump supporter Ken Starr and Trump opponent Laurence Tribe told Fox News they doubt the House will be put in this position because state legislatures are unlikely to pick electors themselves.

"The legislature does have the ultimate authority as we know under the Constitution to determine how the electors are chosen. However, in each of the states, there are going to be state laws that cabin that discretion.  And I've seen that a number of Republican legislators in different states – at least four states – have said 'we would not do any such thing.' So I think it's more of a theoretical possibility," said former independent counsel Ken Starr.

"These state legislatures have made clear they are not going to risk their own political future by trying to override the overwhelming views of their own constituents," Tribe added. "And besides, the state legislature is itself a creature of state law, and under those state laws, the governors have veto power."