A House Divided: Why America's Fierce Feuding Is a National Security Danger 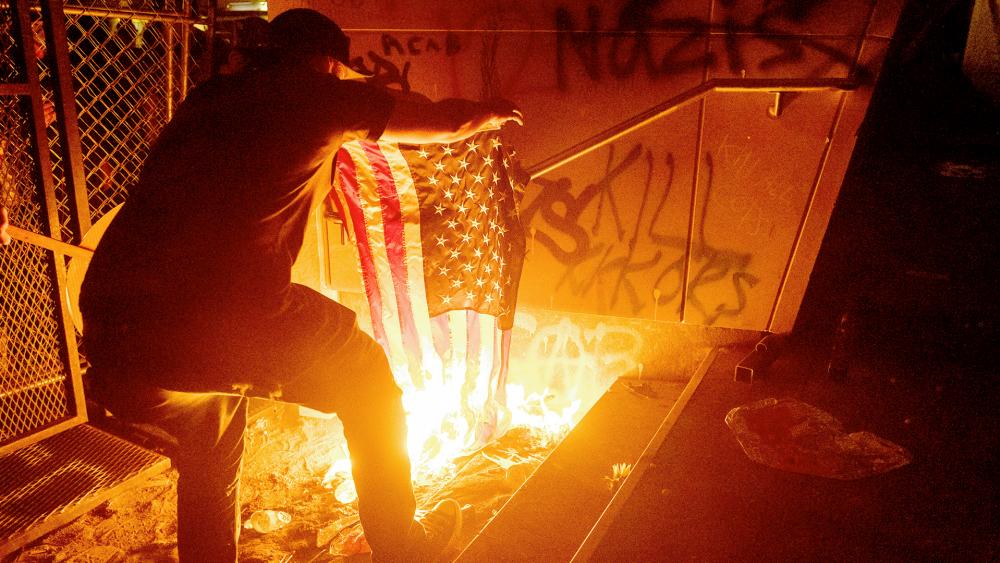 Protester burns an American flag outside the US Courthouse on July 20, 2020, in Portland, Ore. (AP Photo/Noah Berger)
6198966351001
A House Divided: Why America's Fierce Feuding Is a National Security Danger

One national security expert is sounding the alarm about a growing threat within our country and it might not be what you think.

He says the current division across America is giving adversaries an open door.

Bradley Bowman leads the Center on Military and Political Power at the Foundation for Defense of Democracies. He tells CBN News that domestic political division is increasingly becoming a national security concern.

"This is scary what we're doing right now and people better wake up," Bowman said. "By our own divisiveness, we are making ourselves less safe."

"Russia has been trying to hurt and divide American democracy since 1920, so this is not new," Bowman said.

"What they most want is they want to pit the extremes against each other. They want to pit the far Right against the far Left so that we tear each other apart. They want to say that their authoritarian model is better than ours.  'Look at America, look at that horrific debate.  They can't even talk to one another in a civil way. Look at the riots, look at the violence' and so we really are playing right into their hands."

Bowman says diversity is America's greatest strength, what he calls its center of gravity. It's why he's critically concerned.

"The scary divisions that we're seeing along racial lines, economic lines, party lines, to me our adversaries particularly Russia and increasingly China view as an opportunity to attack as our center of gravity of unity," Bowman said. "Your political adversary is not your enemy and if that's the way you think, you're helping Putin more than you're helping our country and I think you need to hear that directly."

Bradley points to Russian interference in the 2016 presidential election and further alleged interference now in 2020. But he says that's just one example of how the cancer of division spreading in our land leaves us more susceptible to outside influence.

"Unify your team, divide the other team, that's how you win," Bowman said. "And gosh darn it, we're dividing our own team right now. We can't be our own worst enemies, we can't do Vladimir Putin's work for him."

Bowman is quick to point out that there is room for robust disagreement within our democracy among citizens who reject white supremacy and follow the law. The problem is when we see fellow Americans of good-faith as enemies simply because they have different opinions on how to achieve shared policy outcomes.