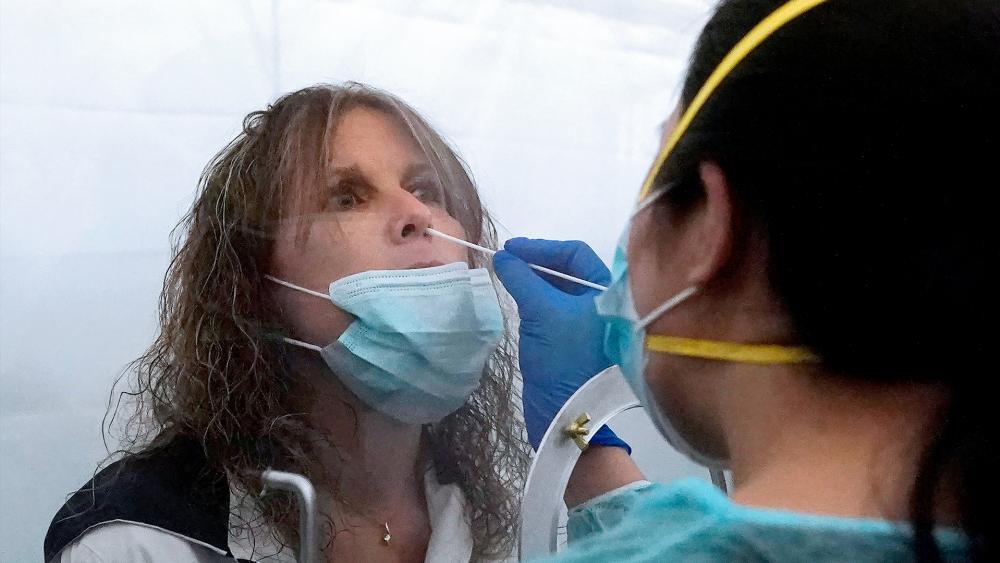 From coast to coast, infection rates continue to climb with the number of coronavirus cases in the country now surpassing 8 million.

The Midwest and the West are the hardest hit right now.

It's all happening as cooler temperatures of the fall and approaching winter weather to settle in, setting up for what experts say could be a difficult few months ahead.

There have been nearly one million new cases in the country just since the start of this month. Hospitalizations are also on the rise in 42 states.

The University Medical Center in El Paso, Texas, is now reportedly one of the busiest COVID wards in the country.

"At first, at the beginning, we thought we were seeing the worst of it, but now actually being where we're at, at this point, oh no, they're sick, they're having trouble breathing," said Vanessa Hidalgo, a UMC nurse who has worked the ward for the past seven months.

In Billings, Montana, hospitals are getting filled to capacity.

And in Utah, nurses in some hospitals there have seen patients infected with the virus having to die alone. "The only people at their bedside are their clinical teams because they can't have family in," said Tracey Nixon with the University of Utah Health.

Meanwhile, the lines for testing across the country are also getting longer by the day.

America's battle with the pandemic is on the agenda for Thursday's final presidential debate.

President Trump hit the campaign trail in Erie, Pennsylvania, saying his administration will defeat the virus – and insisting the country cannot afford another lockdown.

"The Biden lockdown will crush America. We will crush the virus, we're doing that. We're crushing the virus," the president asserted. "If you want depression, doom, and despair. Vote for sleepy Joe Biden. And boredom."

In Washington, time appears to be running out for a new stimulus package before the election.

Many Senate Republicans don't want to sign on to another huge spending bill brokered by Pelosi. McConnell reportedly also said Pelosi isn't dealing in good faith and a deal could divide the party right before the vote on Supreme Court nominee Amy Coney Barrett.

But the president is telling lawmakers to 'go big or go home' on another stimulus round.

"The President doesn't at all mention that his own party's Senate majority leader wants to go small because of concerns of the impact on the deficit," Ray Suarez, Washington reporter with Euronews, told CBN's Faith Nation.

Amid concerns over the pandemic, the economy, and more, interest in the election is high. Millions of Americans across the country are voting early, and the numbers are off the charts.

More than 35 million Americans have already cast their ballots according to the United States Election Project. In comparison, in 2016, just 5.6 million people had voted at this point.

For example, election officials in the most populous county in Washington state are reporting record turnouts. "We are on track to hit the 90 percent turnout," said Julie Wise, King County director of elections. "It is record-breaking for even for a presidential election. In 20 years as an election administrator here at King County elections, I've never seen anything like it."

The Real Clear Politics average shows Biden with a clear lead – just over 7 and a half points.

But the Investor's Business Daily/TIPP poll – one of the most accurate in 2016 –  shows the President closing the gap in recent days, now only trailing by just over two points.