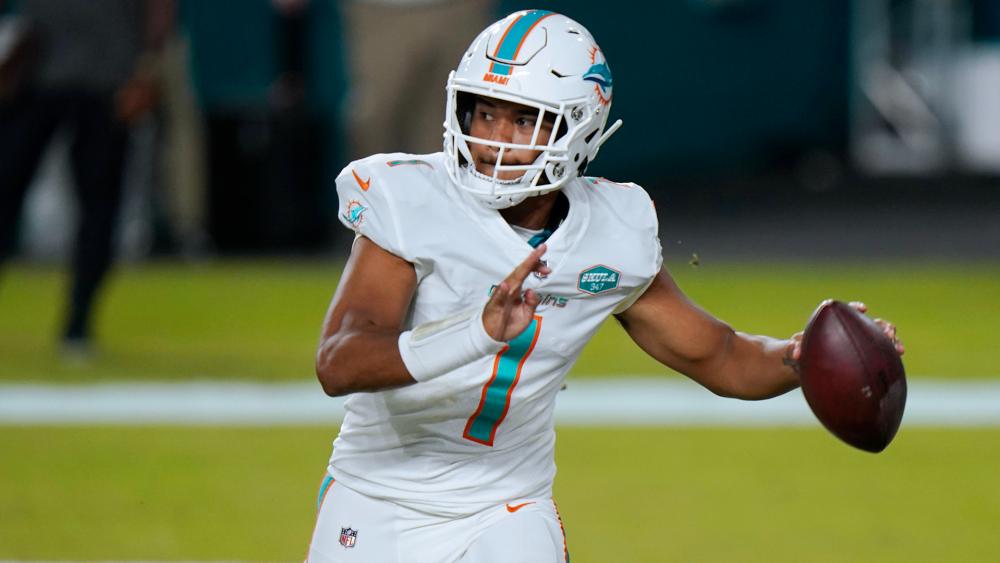 Tua Tagovailoa
Miami Dolphins Rookie Quarterback Tua Tagovailoa made his NFL debut on Sunday against the New York Jets, but it's what he did after the game that is capturing headlines.
Tagovailoa entered the game in its final minutes as the Dolphins were solidifying their 24-0 win over the Jets. Long after the game was over, reporters caught Tagovailoa sitting at the 15-yard line FaceTiming his parents.
"I think it was a very special moment for me because my parents weren't here," Tagovailoa told reporters after the game. "I couldn't really remember where we ended our drive at, so I tried to sit close to where we ended our drive at, and I FaceTimed my parents because they couldn't be here."
The 15-yard line was not only the area of the field where his first NFL drive took place, but also not far from where he was on the field when his hip was dislocated and fractured while playing for the University of Alabama last fall. The injury could have ended his very promising football career, and it did keep him off the playing field for nearly a year.

Tua Tagovailoa went back to the field and he’s sitting around the 15-yard-line in full uniform. It looks like he’s soaking this moment in.

Sunday's debut was Tagovailoa's first time playing in a game since his injury. He handed the ball off three times and completed two throws for nine passing yards.
"They were happy to see me out there playing again," Tagovailoa said.
STAY UP TO DATE WITH THE FREE CBN NEWS APP
Click Here Get the App with Special Alerts on Breaking News and Top Stories
Through his journey to Sunday's special moment had challenges, Tagovailoa has credited his family and his faith in Christ for who he is today, tweeting "God always has a plan" shortly after his injury.
Tagovailoa is well-known for his strong Christian faith and while playing for Alabama Crimson Tide wore a black cross on his face during games.
"You know my faith is what keeps me motivated when I can't even stay motivated myself," he previously told CBN News. "I'm just trying to play football, just trying to be able to take care of my family and be able to use my platform for the right reasons."
He continued, "It's not just a matter of hearing what Jesus Christ is. It's a matter of getting to know who Jesus Christ is! To really understand and really feel the identity of who you are because of things that He's done. And I'd say you can only find your identity through Him, if you know Him."
Tua's Twitter bio touts his faith with one simple Bible reference to 1 Cor. 2:9, which says: "No eye has seen, no ear has heard, and no mind has imagined what God has prepared for those who love him." 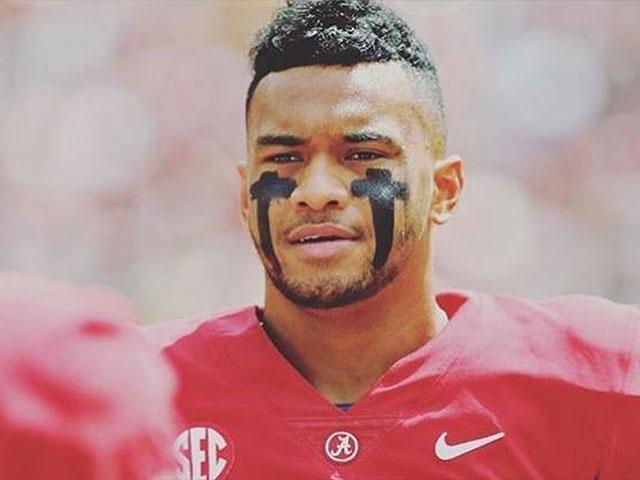 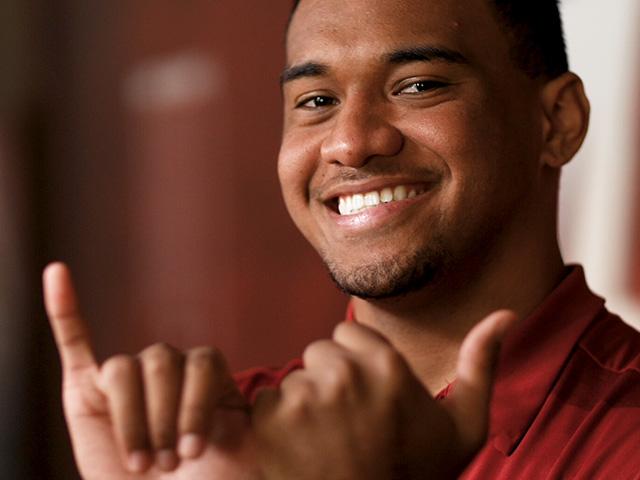