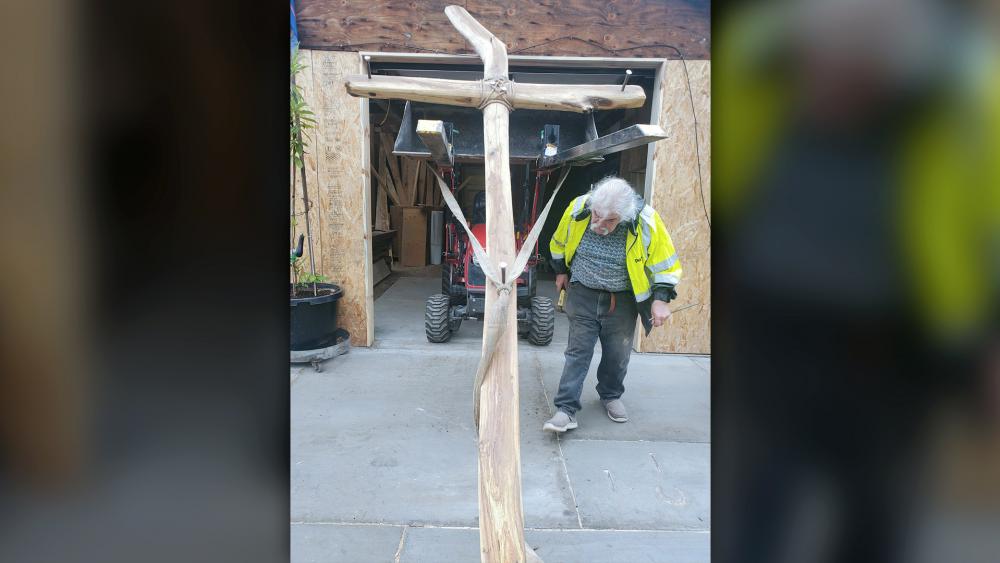 An 11-foot wooden cross – made as a gift representing peace and hope – will embark on an extraordinary trip this month from Washington state to California.

The cross was hand-made by a man named Alfio, a former inmate who was incarcerated more than 50 times throughout his life but found salvation in Jesus Christ.

Alfio was restored through a prison ministry started by Hollywood Impact Studios (HIS) and was released from jail 11 years ago – two years earlier than scheduled. He currently lives in Washington with his wife JoEllyn and began handcrafting crosses for churches. Alfio told CBN News that he was ready to change his life and follow the Lord.

"I had to pick a side and I picked Jesus Christ," he explained. "He said 'Follow me and it'll be better than you think.'"

Alfio believes that God led him to make a "unique cross that spells out the pain Jesus went through" for HIS ministry.

"We have to appreciate the sacrifice," he added. 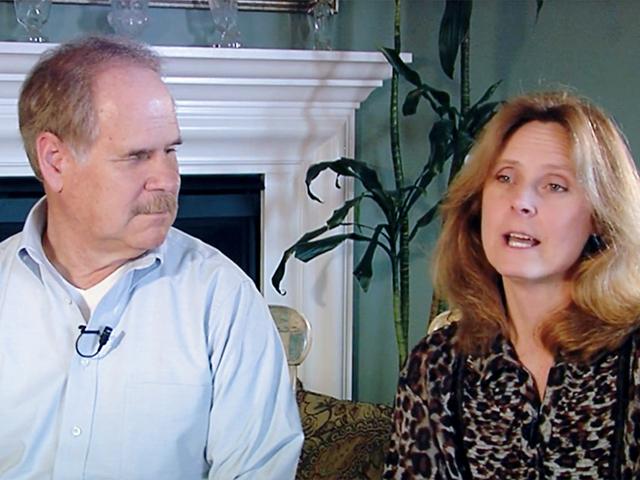 HIS was founded in 2008 by Gary and Cyndi Hall as a way to share the Gospel and teach inmates inside the Los Angeles County Jail a trade that would allow them to rebuild their life once they were released.

Gary, who served as the senior vice president at 20th Century Fox for 18 years, incorporated his knowledge of television and motion pictures into the ministry.

"I didn't think He would allow me to use Hollywood for His glory," Gary said, while continuing to ask God, "Is this really where you want me to go?"

Gary received his answer and retired from 20th Century Fox in 2017 to take on his ministry full time. 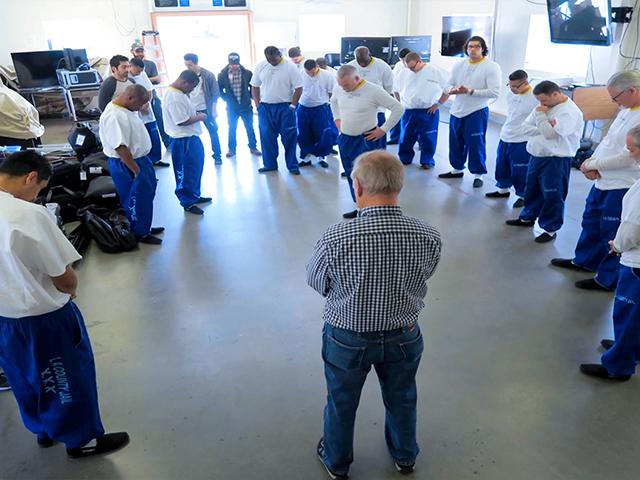 But the ministry extends beyond the jail, to a place called Miracle Mountain which is the final destination for the massive cross made by Alfio.

Miracle Mountain rests on 75 acres in Los Angeles where they are building a vocational training center that will employ and house former inmates. While living there, residents will use the trade they've learned in jail which will sustain the program and ministry. 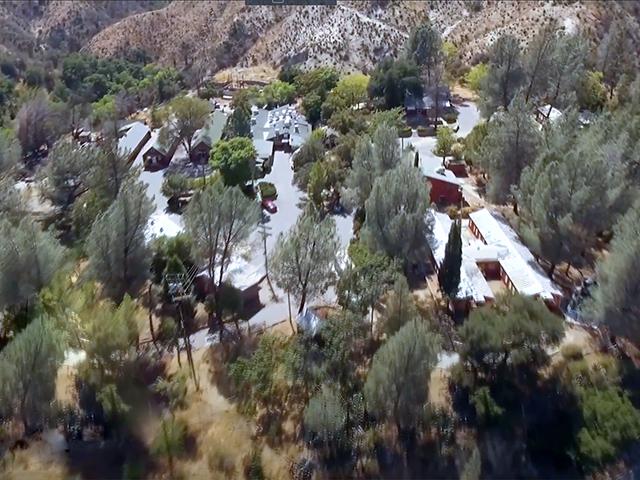 Gary has seen a true transformation in the inmates who receive training, especially after they've come to follow Christ.

The Halls are overjoyed to receive the cross that will stand as a remarkable tribute to our Savior. "It is truly a cross of redemption and reconciliation," they wrote on a Facebook post.

Former inmate and student of HIS ministry, Tony Mendoza volunteered to bring the cross back to California.

Mendoza said he considers it a "privilege to be of service to the ministry" and "to give back to a ministry that helped me stay clean and sober."

The trip is scheduled for Oct. 26 and Mendoza expects it to take about a week. He plans on stopping at several locations to talk with individuals about the cross. People will be encouraged to write a prayer request or their favorite Bible verse on a piece of tape, then attach it to the cross.

Mendoza is looking forward to the trip and the opportunity to "bear testimony with others along the way."

A GoFundMe was set up to assist with bringing the cross back to California. So far the effort has raised $770 of its $3,000 goal.

"I believe in myself and Him and this cross has helped me with that," Alfio said.