'Heal Our Land' Bus Tour Fights for the Soul of America 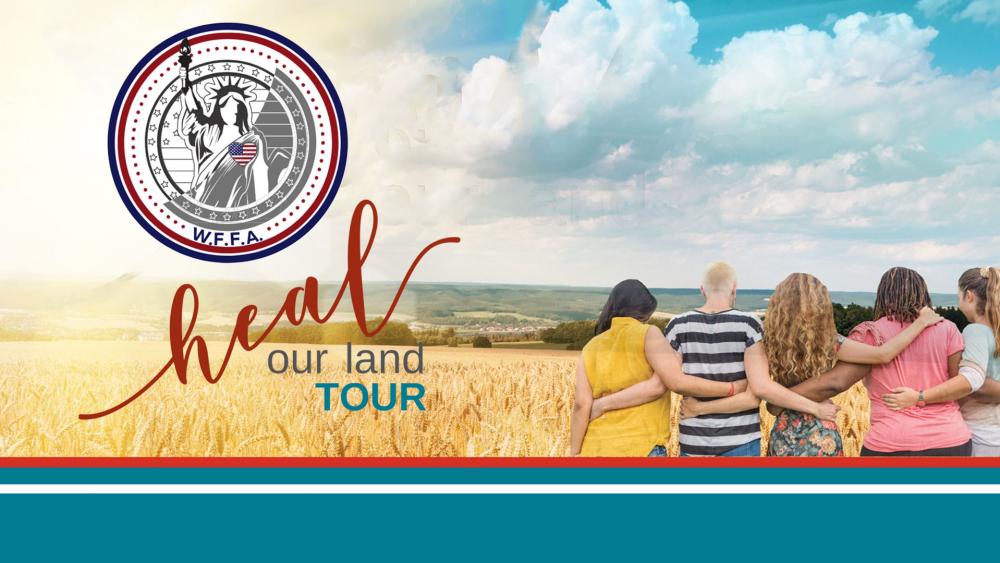 A new conservative women's movement is hitting the road – literally.  Women Fighting for America (WFFA) is undertaking a multi-state "Heal Our Land" bus tour to fight for the soul of America.

WFFA Founder and CEO Christie Hutcherson says the bus tour was not her idea.

"This is the first time in my life I've ever walked out in this kind of faith," she said. Hutcherson who is a small businesswoman from Jacksonville, Florida and mother of two, recalled the time God called her back in 1994.

Then God took control connecting Christie in Jacksonville to several like-minded women on a Zoom call – including Seattle native Maureen Cowley, and Michelle Swenson of the San Francisco Bay area.

"It was exactly the way I was feeling. I'm a mother, a grandmother, and I felt a governmental call and I just wanted to get involved," said Cowley, 70.

"Last year, a prophet said to my husband that you and your wife are going to be involved in a grass-roots effort across America, a tour, that's going to lift the spirit of America," Swenson said.  "So when Christie asked if I would join her, it was a no-brainer, Swenson said.

The multi-state tour started in Florida in late August with an urgent plea for Women to put their faith into action.

They see an overwhelming response at each stop.

"I had a woman crying at the hotel last night thanking us for what we're doing. I think just the bravery of stepping out is going to help other women, other people, not just women get involved in the future of our country," said Swenson.

The group believes prayer along with action can help solve racial tensions and even lead to possibly overturning Roe v. Wade.  Air Force veteran and WFFA member Renee Mills spoke passionately during a stop in Virginia Beach about the evils of abortion and the right to life.

"Every individual has dignity and worth because we are all created in the image of God," Mills declared.

The Heal Our Land bus tour includes events in ten states including Florida, Texas, Tennessee, South Carolina, Virginia, Pennsylvania, Ohio, and Michigan, and will culminate at the National Mall in Washington on Nov. 1, two days before the presidential election.

"We are called right now, said Hutcherson. We are powerful. We have a voice and we are going to be the heart and the movement that literally brings back the nation to God."

Click here to find out if the WFFA bus tour will be in your area.