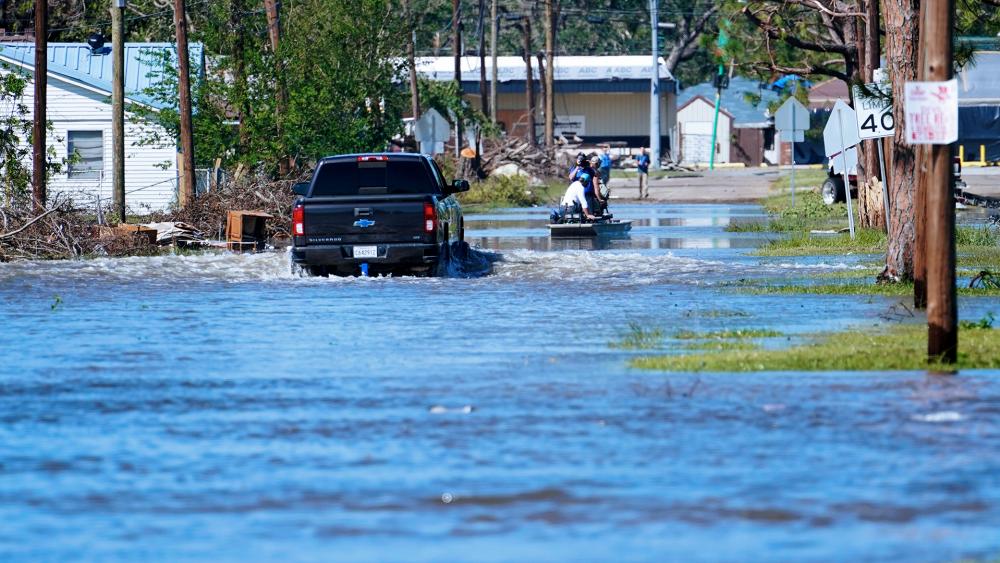 LAKE CHARLES, Louisiana - Hurricane Delta made landfall as a Category 2 storm Friday evening, just six weeks after Hurricane Laura brought historic damage to the state. The people of Louisiana are back to work cleaning up.

At the end of August, this reporter rode out Hurricane Laura in a skyscraper which sustained major damage in downtown Lake Charles. Since then, crews have been hard at work boarding up all the broken windows. As Hurricane Delta arrived, this time our CBN News team took shelter in the concrete parking garage next door.

This storm wasn't quite as powerful as Hurricane Laura, but still packed a punch, with 120-mile-an-hour wind gusts and heavy rain.

Saturday morning, residents who rode out the storm ventured outside to start cleaning up once again. 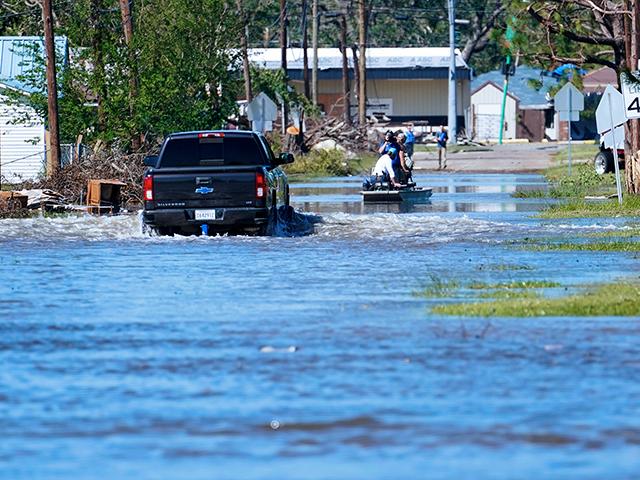 "We did fair to middling I would say, I think the anxiety of having to deal with another one so soon after the last one was probably the worst part," homeowner Judith Matern said.

Lake Charles resident Stephen Broussard said, "It got pretty windy, but I can only imagine how bad it was during Hurricane Laura with the winds twice as strong."

Matern said, "I would say that it just kind of added moisture damage to the house. The wind was really bad, we weren't expecting that."

There's not a lot of new damage here in Lake Charles. The residents we talked to are saying what's more concerning to them is that the power is out again, and considering that it took three and a half weeks to get it turned back on after the last storm, they're really hoping it won't take as long this time.

Matern sounded hopeful, saying, "I don't think it'll be that bad this time because the poles are still standing."

But the extent of the damage is such that it may be a while before things are back to normal.

"We've just been waiting about six weeks for insurance to respond," Matern said. "We never did get our internet restored yet, I haven't seen any trucks on our street."

And local officials are doing their best to send help to where it's needed.

Dick Gremillion, director of the DHS Office of Community Preparedness, said, "It makes our communication effort that much more difficult. Most of the internet in the area is not working properly so you know people are so dependent on their phones nowadays it's really hurt our effort to put information out to people."

"The area is already very wounded, we've got tree damage to almost every tree, we have building damage to every building," he said.

As for these residents, they are hoping this is the last time they'll have to endure a storm like this, at least for this season.

CBN's Operation Blessing is on the scene providing disaster relief kits as well as pallets of non-perishable water and drinks.

Here at Green Oak Baptist Church outside of Merryville, Louisiana, people have been extremely grateful.

Resident Margaret Ardoin said, "I'm so thankful that you all come, that people come and take their time to take care of us. I mean, that's like the Godly thing to do."

Pastor Michael Burgess said, "So to the sponsors and to the donors, know that what you're doing matters - it matters in a way that you may not see. But the food you're providing, listen to me, please listen to me, the meals you provide, the supplies, the food, is leading people to salvation."