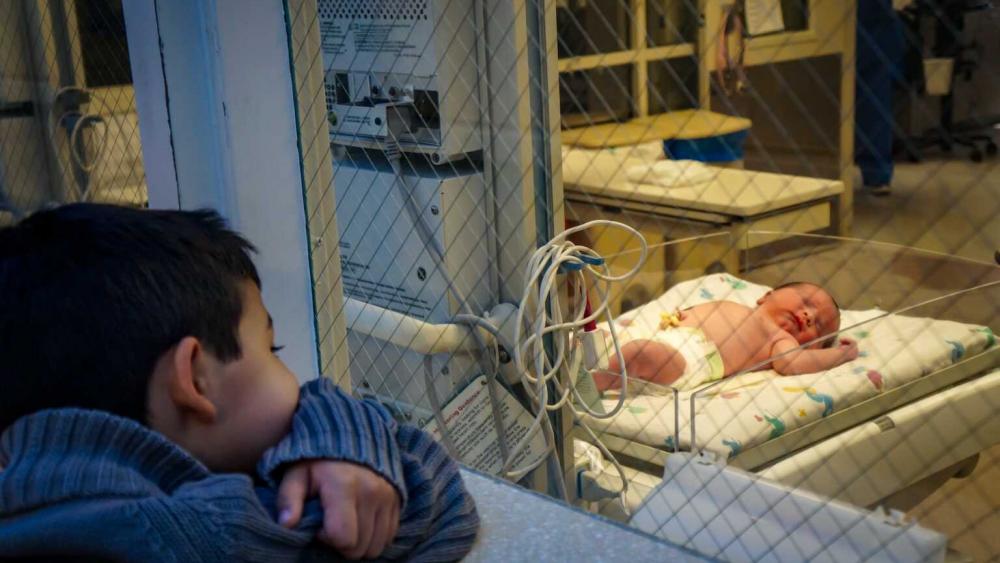 There’s a billboard in Vancouver causing a bit of a stir around the world.

In late September, a slew of ads appeared from the World Population Balance, a nonprofit advocating smaller families with few to no children in hopes of quelling the much-contested climate change crisis.

One of the billboards depicted an African-American baby above the text: “The most loving gift you can give your first child is to not have another.”

Billboard in Canada says save the planet by not having kids and billboard in HUN states: "Becoming a parent is the adventure of a lifetime. Don’t miss it!"

It doesn't make any sense to fight for the environment if it's not about protecting it for our kids, the future generations pic.twitter.com/42Fulpcbo5

Other such ads include headlines like, “We chose childfree,” “Traffic congestion starts at conception,” and, “Thank you for shrinking your carbon footprint.”

The electronic advertisement in question sparked nearly immediate backlash only made worse by the words of the World Population Balance director, Dave Gardner, who said in a statement: “We’re not dictating anyone’s choice. We’re celebrating and thanking people for small-family decisions.”

Gardner has been echoing these sentiments for years.

During a 2019 interview on CGTN America, an international wing of China’s state-run media, he praised those who embrace a one-child standard, telling the outlet: “It is so uncomplicated for a man to go get a vasectomy after he has his first child.”

China is a case study in what happens when fertility rates fall dangerously low.

While China has loosely relaxed its one-child policy in recent years, there’s no doubt the communist country is reaping the consequences of the restrictive rule. Not only is China now concerned about its aging population due to its lower fertility rate, the country is also faced with a shortage of women, which has led inevitably to heightened sex discrimination as well as bride trafficking because there simply aren’t enough females available to wed.

During an interview with Faithwire, Chelsea Patterson Sobolik, a policy director for the Ethics & Religious Liberty Commission, described the “One Planet, One Child” campaign as “completely antithetical to Scripture and to the biblical commandment that God gives … to humanity to be fruitful and multiply and to fill the earth.”

Sobolik also pointed out the fact that one-child policies often lead to increases in forced abortions and sterilizations, as well as voluntary sex-selective terminations.

“From a Christian perspective, we value all life and we don’t view life as dispensable,” she explained. “All of life and all potential life has innate value and dignity. So we really need to change our perspective.”

It’s also critical to understand, as Sobolik noted, caring about the environment and espousing a Christian perspective of children and the family don’t have to be mutually exclusive ideas.

God has given human beings dominion over creation (Genesis 1:28), but caring for the earth should not come at the cost of human flourishing.

“We can hold both these things in tandem,” Sobolik said. “They’re not competing.”

Faithwire reached out to Gardner upon learning about the advertisements. To his credit, the World Population Balance director has apologized for one controversial ad, claiming his intentions have been “misconstrued.”

While the overall message of the “One Planet, One Child” campaign has remained unaltered, Gardner said his team has removed the ad featuring an African-American infant, because it “allowed some to form the wrong impression that the campaign is ‘targeting’ people of color to have fewer children, ignoring the rest of the population.” He further added it is “not our intention to tell anyone how many children to have.”