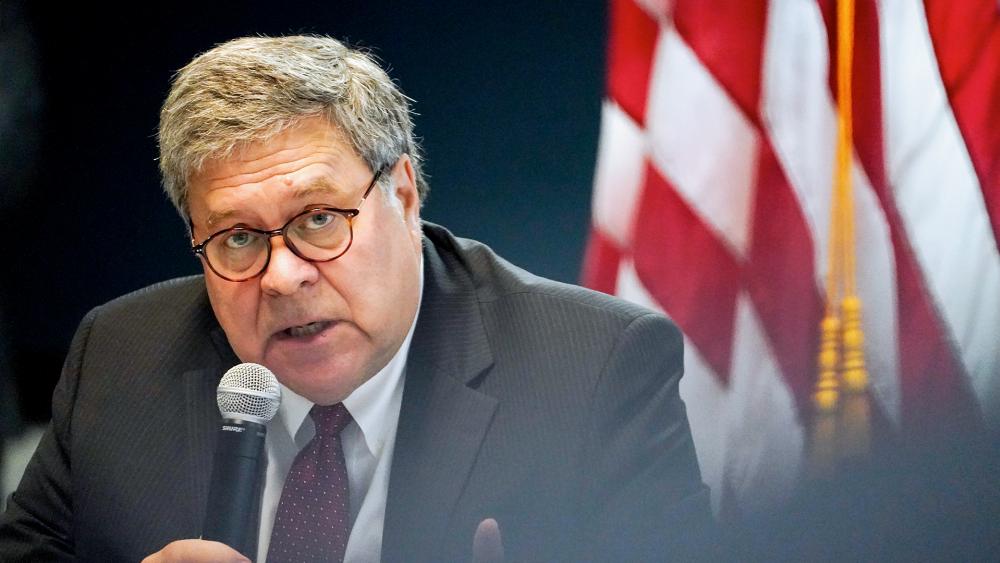 Attorney General William Barr says religion in public life is under assault in America, leading to what he called "dire" consequences.

Speaking to the National Catholic Prayer Breakfast Wednesday, Barr said America's founders recognized the critical link between religion and freedom, but he says it's been under siege for the last half-century.

Barr told the group, "That crucial link between religion and liberty, so well understood at the Founding, is all too often forgotten today. In American public discourse, perhaps no concept is more misunderstood than the notion of 'separation of church and state'."

"Militant secularists have long seized on that slogan as a facile justification for attempting to drive religion from the public square and to exclude religious people from bringing a religious perspective to bear on conversations about the common good," he continued.

Defenders of religious freedom have long argued that the "separation of church and state" is intended to keep the state from telling churches what to do. They point to the deep faith of many of America's founders, and the way they incorporated God and biblical principles into the country's founding documents.

Barr continued, "Separation of church and state does not mean, and never did mean, separation of religion and civics.  As late as 1952, Justice William O. Douglas could write for a majority of the Supreme Court that 'We are a religious people whose institutions presuppose a Supreme Being'."

"Alexis de Tocqueville, the keenest observer of the early American republic, praised America's separation of church and state while extolling America's union of the 'spirit of religion' and the 'spirit of liberty' as the key to its success," Barr said.

"How does religion preserve liberty?" Barr asked. "In the first place, as our Founders recognized, religion assists in the formation of virtuous citizens who are prepared to exercise liberty responsibly.  Whereas in democratic times, individuals have a tendency to withdraw from public life and pursue private self-gratification, religion builds community, strengthens social cohesion, and turns our attention to the common good.  At the same time, religion safeguards individual rights by warding off what Tocqueville called the 'impious maxim' that 'everything is permitted in the interest of society.'  For all of these reasons, Tocqueville referred to Americans' religion as 'the first of their political institutions'."

He said that since the religious foundation of America has been weakened over the decades, traditional morality has been eroded with it, leading to increases in broken families and violence in cities.

"That foundation of our free society has increasingly been under siege," Barr said. "Traditional morality has eroded, and secularists have often succeeded not only in eliminating religion from schools and the public square, but in replacing it with new orthodoxies that are actively hostile to religion.  The consequences of this hollowing out of religion have been predictably dire.  Over the past 50 years, we have seen striking increases in urban violence, drug abuse, and broken families.  Problems like these have fed the rise of an ever more powerful central government, one that increasingly saps individual initiative, coopts civil society, crowds out religious institutions, and ultimately reduces citizens to wards of the State."