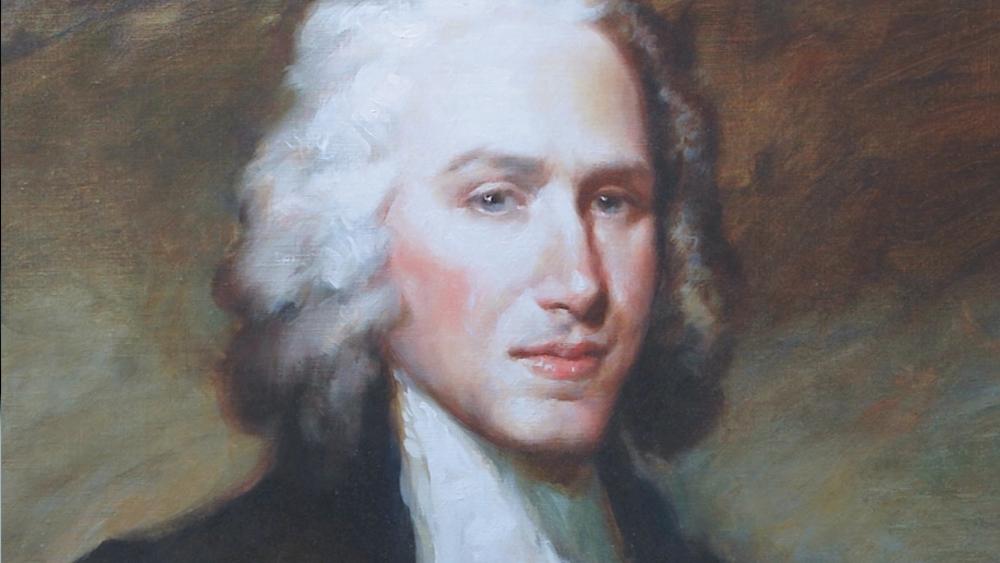 Some believe they shouldn't trust in science to guard them against COVID-19, but trust in God and God alone to protect them. It's almost like they feel they'd somehow betray their faith. But one of America's most famous pastors and Puritans believed so much in the power of science, he risked his own life by receiving an early-stage inoculation medical scientists were working on to ward off smallpox. That pastor, Jonathan Edwards, would likely warn us today not to pit science against faith.

Edwards is best known for his fire and brimstone sermon "Sinners in the Hands of an Angry God." It was such a frightening look at hell, it sent American colonists by the thousands into the arms of the loving Savior, Jesus Christ.

With such sermons, the Massachusetts Puritan and his church helped kick off the Great Awakening, a revival that touched every colony in the mid-1700s.

"It spread all over the American colonies, up and down the coast. I think it's safe to say that the Great Awakening unified the colonies in a spiritual way," this author of American Amnesia and host of radio's Vocal Point opined.

Loving the God of Liberty, They Wanted Liberty from Britain

It brought many converts to love the God of Liberty and see gaining their liberty from Britain as a righteous cause. John Adams, our second president, spoke of how the Great Awakening laid the groundwork for independence and the War of Independence.

Newcombe stated of Adams, "He said, in reality, there was a spiritual revolution that preceded the political revolution by a generation."

So Jonathan Edwards fomented a spiritual revolution that led to the American Revolution, but he also loved and promoted the scientific revolution of his day, when many of the greatest scientists were also fervent Christians on a holy mission, like astronomer Johannes Kepler.

"He said 'as scientists, we are priests of the Most High God, and we are thinking God's thoughts after Him,'" Newcombe said of Kepler. "The idea was that a rational God had made a rational world, and it was their job as scientists, who were men of God, to discover the laws the Creator Himself has impressed into His universe."

Edwards was a big fan of Isaac Newton, who laid out the law of gravity. Newcombe shared, "Isaac Newton wrote more about Christian theology than he did about science. And he was one of the greatest scientific minds that ever lived, and he was also a committed Christian. When you look at the list of who created the major branches of science, it was Christians."

Willing to Trust an Experimental Treatment to Beat Smallpox

During this time, colonization had imported a killer disease to the New World. Smallpox was already wiping out some 400,000 Europeans each year. And Edwards was pushing for a scientific solution before it became too widespread here.

When an experimental inoculation came along, Edwards – as a huge supporter of them – volunteered to put his life on the line as the first to be inoculated in his new home at the College of New Jersey in Princeton.

"Showing his utter dedication to science and to doing the right thing as he saw it in service for God's people," Newcombe said.

This wasn't all that unorthodox, because in those days ministers were the main people to back up doctors – who were often also ministers – and their various treatments and therapies, which some Christians would declare were of the devil.

Not the Healthiest Candidate for a Trial Therapy

But Edwards had to know he was risking his life because he'd never been in robust health and suffered a constant fatigue after more than 30 years of studying, writing, and preaching 13 hours a day.

In fact, he'd tried turning down his new job heading up the College of New Jersey (later renamed Princeton) because he said he was in "the decline of life," with his faculties and constitution slipping. So in taking the experimental inoculation, he gambled with his very life…and lost.

Edwards died from the inoculation, sacrificing his life in the fight against smallpox. Witnesses, though, say he died in good cheer and his last words were full of faith.

"He basically said 'trust in God and ye need not fear,'" Newcombe shared.

Edwards died feeling good he'd promoted and trusted in medical science, even if his own weakened body with its immune system shot didn't survive his particular experimental inoculation.

Would Edwards Say 'Trust Science' When it Comes to the Coronavirus?

What would Edwards likely say to the folks scoffing at scientific advice on how to fight today's coronavirus?

"There's certainly an anti-science feeling among some people – and even some who profess to be believers in Jesus – as if they can just defy the common-sense principles and almost in a sense tempt fate," Newcombe opined, then quoting the Bible, "'Thou shalt not put the Lord thy God to the test.'"

Some Concerned About False Premises or Political Agendas

But others just doubt if the science around COVID-19 is true, worrying it's warped by false premises or political agendas.

Family rights advocate Victoria Cobb at the Family Foundation of Virginia told CBN News, "Everyone – no matter what you believe about this virus – has noticed that the science has been constantly changing."

She added, "Certainly with COVID, we know that things have been very politicized. And we don't know how much the science has even been politicized in the middle of this."

'Be Smart About These Things'

But still, Newcombe suggested, "If Jonathan Edwards were around today, I'm sure he would say, 'look, folks, be smart about these things as far as this virus, which can spread.'"

Their caution about fighting dirtiness, germs, and infections is likely why so many Pilgrims and Puritans survived the months-long journeys across the Atlantic Ocean to New England.

"They were very strong in sticking to biblical principles of cleanliness and washing," Newcombe shared.

Edwards today would likely push those same principles – given by God – which make so much sense in fighting a virus that can spread so easily unless possibly infected hands, surfaces, and objects are constantly cleansed.

Newcombe concluded, "I think when it comes to the COVID-19, we shouldn't put the Lord our God to the test in terms of doing foolish things without taking the precautions – the common-sense precautions – that scientists by and large are telling us we ought to follow with COVID-19."