Arrest Made in Racist Vandalism and Shooting of Suburban Detroit Home 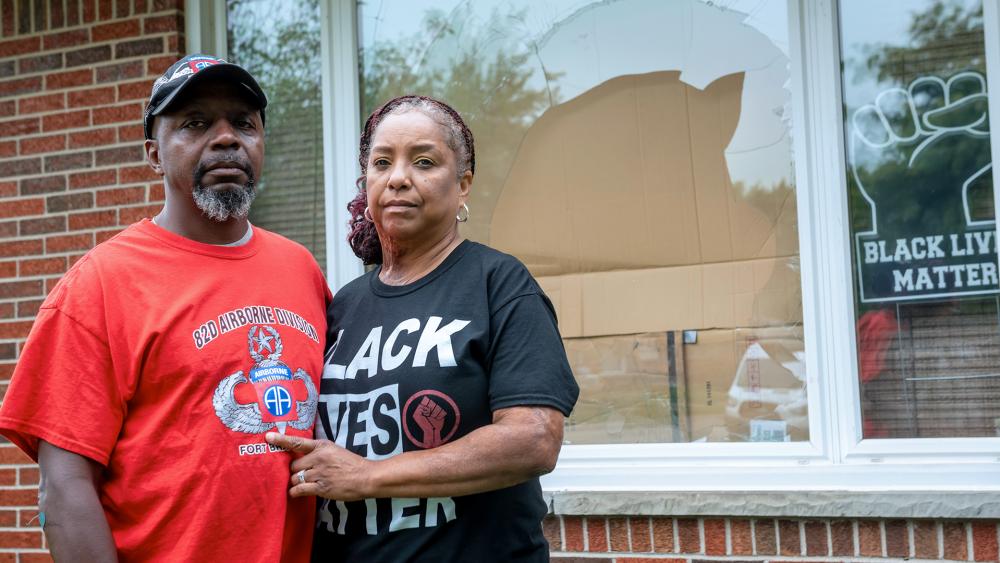 Eddie Hall Jr. and his wife Candace stand in front of their Warren, Mich., home, on Thursday, Sept. 10, 2020 (David Guralnick/Detroit News via AP)

WARREN, Mich. (AP) - An arrest has been made in connection with vandalism and shots fired into the home of a Black suburban Detroit family who have a Black Lives Matter sign in their front window, police said.

Warren Police Commissioner Bill Dwyer confirmed the arrest Tuesday night but did not elaborate on charges or the person arrested.

“It was the No. 1 priority with the Warren Police Department from the day that hate crime took place,” Dwyer told The Detroit News. “We used just as much resources as we would in a homicide investigation.”

On Sept. 7, shots were fired at Eddie and Candace Hall's home in Warren.

Two days later, someone painted a swastika on one of their vehicles, slashed the tires, and threw a large stone through their front window. Outside, they discovered the swastika and found that someone had written “terrorist Black Lives Matter,” “not welcome” and a phrase containing an expletive on their pickup truck.

The following day, someone fired a bullet through the Halls’ front window and police found six shell casings outside the house.

Home surveillance video showed a masked and hooded man carrying what appears to be a handgun outside the home.

Eddie Hall said his family has lived in Warren for about six years. The family has not removed the Black Lives Matter sign.