CNN's Don Lemon Ready to 'Blow Up the Entire System' If Dems Win Back Presidency, Senate 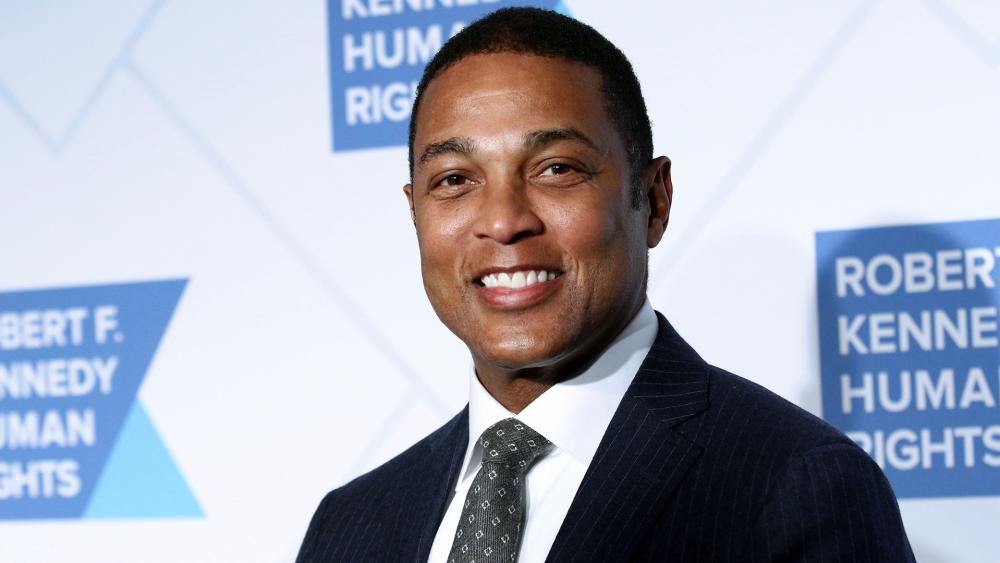 White House Press Secretary Kayleigh McEnany has called out CNN anchor Don Lemon for saying “the quiet part out loud” Monday night when he said Democrats will “have to blow up the entire system” if they win back the presidency and the U.S. Senate.

The news host, who is unabashedly progressive and very critical of President Donald Trump, made the comments during an evening segment with fellow anchor Chris Cuomo.

FAITHWIRE: Patricia Heaton: Trump’s SCOTUS Critics ‘Wouldn’t Recognize God if He Bit Them on the Bum’

CNN's Don Lemon on the prospects of another President Trump SCOTUS pick:

"We're gonna have to blow up the entire system." pic.twitter.com/ykGehoHHl1

Lemon, holding his ground, added, “You’re going to have to get rid of the Electoral College, because the minority in this country get to decide who our judges are and who our president is. Is that fair?”

“You need a constitutional amendment to do that,” Cuomo told Lemon.

“And if Joe Biden wins, Democrats can stack the courts and they can do that amendment and get it passed,” charged Lemon.

“Well, you need two-thirds vote in the Congress and three-quarters of the state legislatures,” educated Cuomo.

“They may be able to do that,” a belligerent Lemon continued.

In 2016, following President Donald Trump’s Election Day victory, Democrats called into question the validity of the Electoral College, given then-Democratic presidential candidate Hillary Clinton won the popular vote. However, as Faithwire reported, the issue is more nuanced than many on the left have acknowledged.

Attorney Tara Ross, who supports the Electoral College, told Faithwire the system “is indispensable to our republic,” calling it a “unique blend of democracy and federalism (state-by-state voting).”

“The Electoral College … encourages presidential candidates to build national coalitions of voters,” she explained. “Candidates can’t focus too exclusively on certain demographics, regional majorities, or special interest groups. Polling large margins in isolated portions of the country will doom a candidacy to failure.”

Without the Electoral College, a candidate like Clinton could become president by simply winning a disproportionate and unrepresentative number of votes in larger states, like California and New York, while neglecting dozens of smaller states around the country.

“Our founders knew that pure, unfiltered democracies can be dangerous,” said Ross. “In such a country, 51% of the people can rule the other 49%, all the time, without question. In the heat of the moment, even bare or emotional majorities can impose their will upon the rest of the people. Such a system allows even large, reasonable minority groups to be tyrannized.”

She continued, “The founders wanted to create a self-governing society, but they also wanted to protect political minorities from such dangerous dynamics. They solved their problem by drafting a Constitution that would incorporate the best elements of democracy (self-governance), republicanism (deliberation and compromise), and federalism (states acting on their own behalves). … America is self-governing, but our Constitution also provides political minorities with tools so they can protect themselves from the tyranny of the majority. The Electoral College is simply one of these protective devices.”

FAITHWIRE: Amy Coney Barrett and the Hypocrisy of Anti-Catholic Attacks Against Her

As you might recall, Trump won the 2016 presidential election by a 304-227 margin in the Electoral College, in large part due to his success in clinching the so-called “blue wall” of Wisconsin, Michigan, and Pennsylvania, three states Clinton’s campaign felt confident they’d win.

In the wake of U.S. Supreme Court Justice Ruth Bader Ginsburg’s death and Trump’s effort to nominate her replacement, some Democrats are calling for more members to be added to the high court in order to ensure progressive judicial outcomes. Biden, for his part, has refused to say whether he supports the demand from within his own party.

Ginsburg, it should be noted, has called the progressive desire “a bad idea.”

“Nine seems to be a good number,” she told NPR in 2019. “It’s been that way for a long time. I think it was a bad idea when President Franklin Roosevelt tried to pack the court.”

“If anything would make the court look partisan,” the late justice continued, “it would be that — one side saying, ‘When we’re in power, we’re going to enlarge the number of judges, so we would have more people who would vote the way we want them to.’”