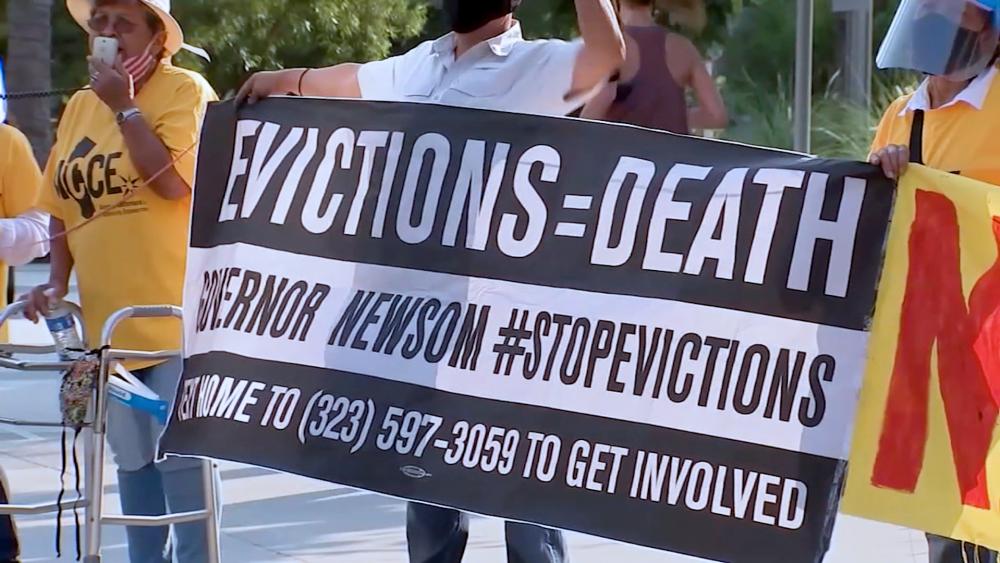 Millions of renters across the nation won't face eviction because of COVID-related financial hardship – at least for now. Under a White House executive order, the Centers for Disease Control (CDC) has placed a nationwide moratorium on coronavirus-related evictions until the end of the year. But some are calling it a half solution because it doesn't address the financial needs of renters.

Like so many others, 65-year-old Victoria Lambert lost her job when the pandemic hit. She receives social security, but it's not enough to pay the rent on the Philadelphia studio apartment where she and her son live.

"But you get to a point in your life where you really don't want to have to keep asking people for money," Lambert said through tears.  "What kind of woman am I if I can't even take care of my own family, and it is only two of us?"

These are just two of the more than 30 million people that were at risk as the safety net of COVID eviction moratoriums expired and courts reopened.  But that risk was suspended when, under a White House executive order, the CDC placed a nationwide moratorium on evictions caused by COVID-related job loss until the end of the year.

"Housing is healthcare and we will not be able to truly contain this pandemic if millions of people are becoming homeless," said Diane Yentel, president of the National Low Income Housing Coalition.

Yentel sees the CDC's move as a major step in the right direction, although she feels it's short of what really needs to happen.

"What we most need the federal government to do is to implement a uniform moratorium of evictions for non-payment of rent for the duration of the pandemic," Yentel said.

"We need them to provide at least $100 billion in emergency rental assistance to keep those low-income renters stably housed and we need at least $11 billion in funds for homeless shelters and service providers to keep those who are homeless safe and get them housed as soon as possible," she added.

The moratorium, which will keep tenants in their homes, has no mechanism for landlords to receive necessary payments.

"We don't want the small business people who own most of the apartment buildings and single-family rentals in the country to go out of business," said David Dworkin, president of the National Housing Conference. "Because I also don't think we want a country where our rental property is all owned by hedge funds."

Yentel and Dworkin agree that a moratorium without any government assistance creates a financial cliff for renters and landlords since they're getting no money now plus tenants won't be able to pay rent owed when the moratorium ends.

The solution needs to come from Congress and it's something Treasury Secretary Steven Mnuchin has underscored on Capitol Hill.

"We did have a bipartisan agreement about putting more money for rental assistance again we may differ on the amount," Mnuchin said.

"I would encourage both the House and the Senate that there are areas where we have overlapping agreement, let's move forward for the American workers and the kids. Things that we can agree on, let's pass quickly," he said.

The bottom line for people like Lambert: the moratorium is a welcomed reprieve but the worry is not over.

The CDC moratorium is farther reaching than the one originally passed by Congress back in March under the Cares Act. That one applied to rentals that were backed by federal loans. This latest rendition applies to all rentals without exception. The basic idea is that forcing people either out into the streets, into crowded shelters, or into cramped quarters with their family will likely to get more people sick.