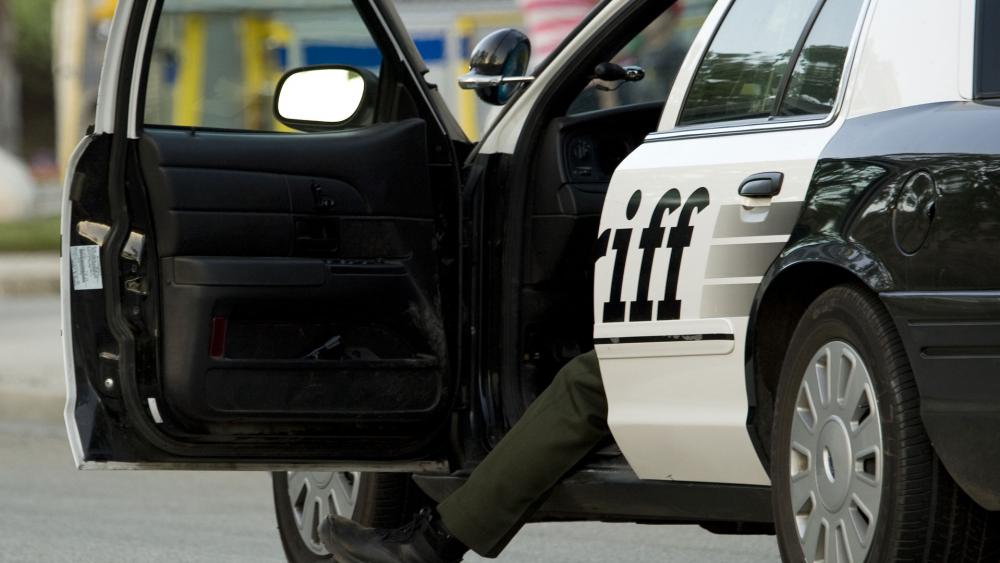 Amid heightened racial tensions across the country and distrust of law enforcement, a recent interaction between sheriff’s deputies and a black man in Deltona, Florida, ended with a job offer.

Joseph Griffin, a registered nurse, was pulled aside and handcuffed by deputies with the Volusia County Sheriff’s Office because he matched the description of a burglary suspect on the loose: a black male with a beard wearing a white tank top and dark-colored shorts. Griffin immediately began live-streaming the encounter on his Facebook page, according to WSAV-TV.

Joseph Griffin, a Black man jogging in his own neighborhood, was detained by police because he fit the description of a burglar.

"Nobody likes being put in cuffs," he says. https://t.co/tyd6WLzp9o pic.twitter.com/Umq2X5VWbY

“If something happens to me, y’all better raise [expletive],” he could be heard saying on the video.

The sheriff’s deputies reassured Griffin he was not under arrest but asked him to cooperate so they could clear his name, given he matched the description they had of the burglary suspect. One of the officers even offered to hold Griffin’s phone and continue live-streaming their interaction.

Griffin remained calm, but said, “With everything going on, it’s just a little bit scary.” One deputy replied, “See it through our eyes. We appreciate you being very cooperative.”

“I’m not trying to get shot over this,” Griffin said with a smile.

“Let’s avoid that race card, ’cuz it ain’t here, I promise you that,” the deputy told Griffin.

A witness was eventually brought to the scene to clear Griffin’s name.

Sheriff Mike Chitwood praised both Griffin, a former military police officer, and the deputies involved for their handling of the situation.

“These deputies did an outstanding job given the limited information they had about a call in progress,” he said. “Likewise, Mr. Griffin was calm and cooperative even though he had reason to be frustrated with the inconvenience.”

In a surprise ending to the entire ordeal, the sheriff even offered to hire Griffin.

“Mr. Griffin is a military veteran and a medical professional and I told him we’d train and hire him as a deputy in a second if he ever wants a new job,” Chitwood said.