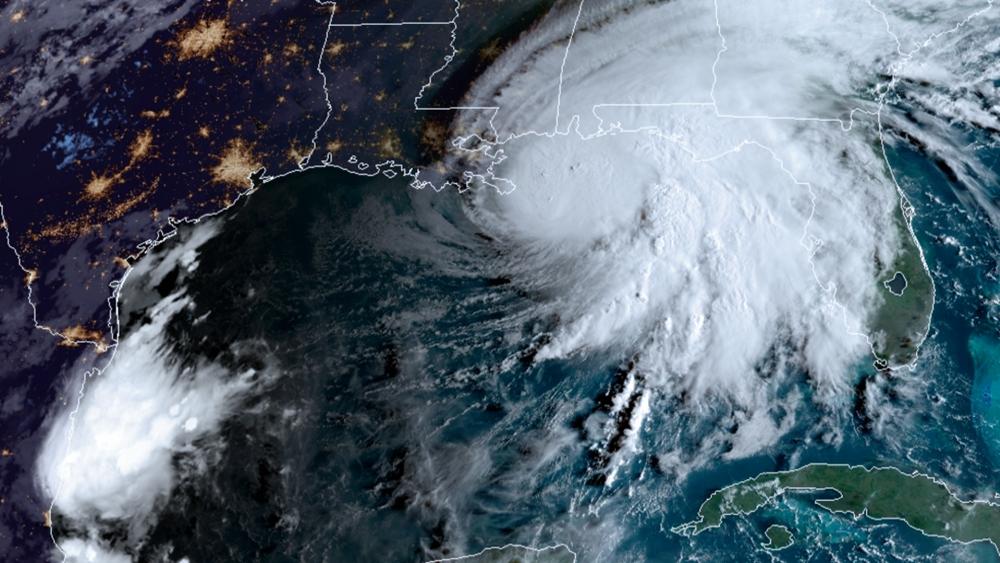 The Gulf Coast is bracing for a deluge from Hurricane Sally. Residents in some areas could see days of potentially life-threatening weather.

Slow-moving Sally is forecast to make landfall near the border of Alabama and Mississippi bringing historic flooding and dangerous storm surge, and it's already causing problems.

The scene in Kiln, Mississippi, 24 hours before Sally is expected to make landfall, was a reminder of what residents along the Gulf Coast could expect from the powerful storm system – tidal surge already pushing water onto roadways, lawns, and docks.

"It would be dumb of us to stay here," said Kiln resident Michael McLaughlin.

Dramatic satellite images from space last night showing "an explosion of lightning" inside the hurricane as the storm got closer.

TROPICAL UPDATE: As the sun sets over the East Coast this evening, @NOAA's #GOES16 is tracking the bubbling clouds and #lightning from #HurricaneSally. As of 8 pm EDT, #Sally had sustained winds of 100 mph (Cat. 2) and was moving WNW at 5 mph. Latest: https://t.co/VTAp4gGkHs. pic.twitter.com/76TxykrVMM

"Sally is likely to remain a hurricane, once again Category 1 status, until about Wednesday when it's expected to make landfall somewhere between Mississippi and Alabama," said Accuweather Meteorologist Daji Aswad.

Alabama, Louisiana, and Mississippi are declaring states of emergency in anticipation of the hurricane as officials warn to prepare for the possibility of days of extremely dangerous weather.

"The slowing of the storm, that is concerning," said Mississippi's Gov. Tate Reeves. "The longer it stays out in the Gulf, the higher the likelihood that it continues to grow."

Forecasters say the extremely slow-moving system could bring a life-threatening storm surge of up to 11 feet for parts southeast Louisiana, Mississippi, and Alabama, and rain in excess of 20 inches in some areas. 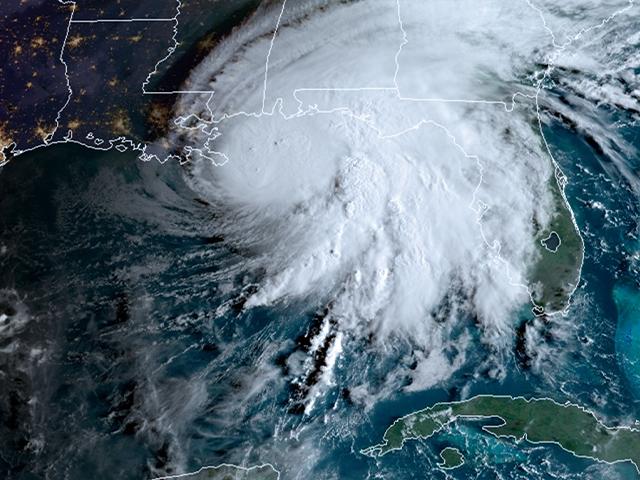 "If this one hits the coast as a Cat 2, I'm thinking we're going to have at least six to seven feet of water where we're standing at," said Joey Chauvin, who decided to evacuate Monday ahead of the storm.

Meanwhile, in the French Quarter in New Orleans, some businesses have boarded up.

"After Katrina, anything around here and anything on the water, you're going to take serious," said Jeffrey Gagnard, a local resident. "You can't take anything lightly."

For a city surrounded by water and painful memories of Hurricane Katrina, the Army Corps of Engineers in New Orleans is not taking any chances, closing the flood gates in preparation for Hurricane Sally.

"We have it up to 100 level year protection, we're still doing things like armory, that's building up resiliency into the levees so if they are overtopped they will not have a failure," Heath Jones, with the Army Corps of Engineers, said.

For the first time in 50 years, there are four named storms swirling in the Atlantic at the same time.