'It was a Blessing': 70-Year-Old Wedding Photo Found During CA Fires Returned to Grateful Owner 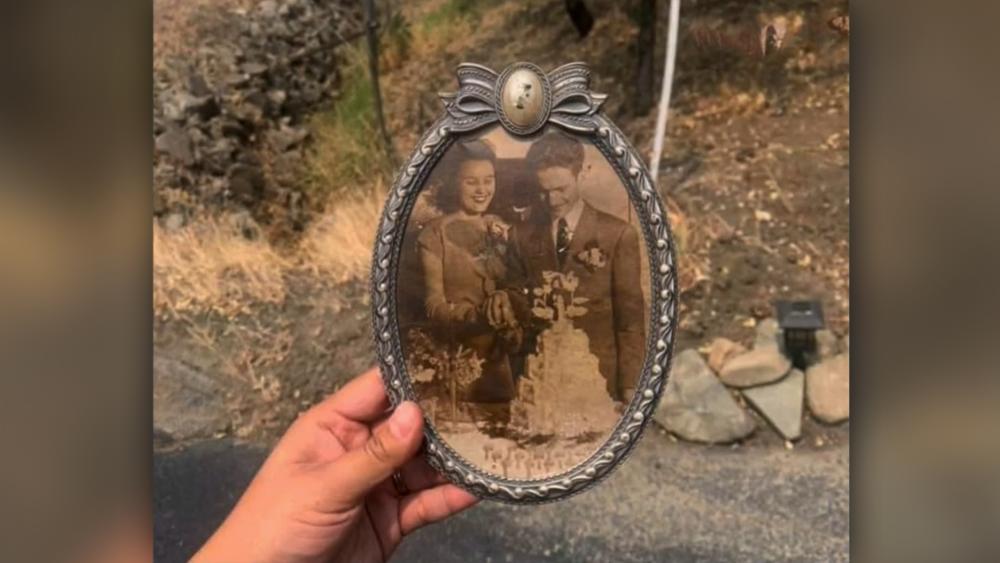 A 70-year-old wedding photo that was thought to be lost in California's LNU Lightning Complex fire was found in perfect condition and returned to its owner.

Cindi Whaley had to evacuate her home last week in Vacaville, California when wildfires threatened the area.

During the hectic process, Whaley says a wedding photo of her parents fell out of the car.

She hadn't realized it was gone until a Facebook post by Yesenia Duran went viral. Duran, who lives down the street from Whaley, found the portrait laying on the ground and shared her discovery on social media in hopes of finding its owner.

Whaley said the photo was a gift from her late mother to remind her what matters most - family and faith.

"When I picked it up initially, I got chills just to see that it was so old," Duran told KOVR-TV.

Whaley's nephew in Las Vegas saw that the photo had been found and helped the women connect.

"I came out with the picture in my hands and she started crying," Duran said. "She kneeled and prayed and said that I was her angel that she wouldn't have known what she would've done without this picture."

"I was so excited and happy because I would have been devastated if I had lost that picture," Whaley explained. "They were married for over 50 years together."

And the photo is even more special because her mother was pregnant with Whaley at the time it was taken.

"I call her my angel, she's my angel," Whaley said. "And I know mom and dad are up there right now and they're smiling on this whole thing. I don't believe in coincidences. I think that was really God. It was a blessing. It really was a blessing," she added.