'Thank God for Our Neighbors': Family Relieved Good Samaritans Came to Their Rescue Amid Beta's Flooding 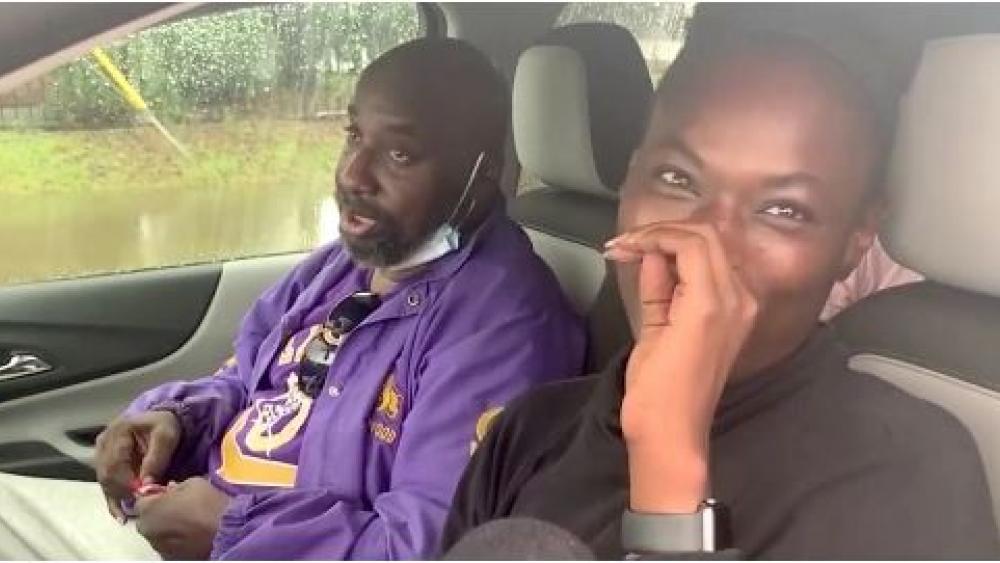 Tropical Storm Beta turned roads into rivers, trapping some Houston-area motorists and leaving them stranded in floodwaters. While emergency personnel were busy working around the clock to rescue nearly 100 stranded residents, good Samaritans took matters into their own hands to rescue dozens more.

Volunteers with trucks or specially-equipped vehicles helped those in need by performing water rescues around Houston as rainfall totals surpassed a foot in southwestern parts of the city.

It has been a stressful time for a lot of people — but one family told AccuWeather National Reporter Bill Wadell they were grateful for the strangers who stopped to help them out of a scary situation.

“We were just trying to get to 288, to the freeway, so we can make it home,” Houston resident Helen Thompson told Wadell in an interview.

Helen Thompson and Lonnie Thomas were trying to make it back home after she took Thomas to a dialysis appointment. Thomas has lived in the area for 72 years and said he has never been stuck in flooding like what Beta unleashed before.

“We always go another way. Always find a way to get around the floods,” Thomas told Wadell.

The two became stuck in Tropical Storm Beta’s floodwaters right across the street from a towtruck shop. Even with help so close, Thompson and Thomas were left stranded because the towing company was so busy with other rescues.

After waiting for more than an hour stuck in their vehicle in the rain, the two saw a total stranger come to the rescue.

Brown told Wadell it was a simple decision to help them. He saw someone in trouble – and stopped to lend a hand. Brown and his friend pushed Thompson’s car safely out of the floodwaters with their truck.

Countless others had to wait to be rescued or resorted to wading through waist-high water to get to safety.

"Given the sheer number of emergencies, not a good bet to think you’ll be rescued before your vehicle is overcome with water or suffer a near-drowning incident," Peña said on Tuesday, warning people not to drive through flooded roads.

Reyna told Petramala that he, equipped for rescues in his hummer, came to the aid of one to two dozen people.

“Just giving back, and I think if it were my mom, or my dad or my uncle, somebody out here that needed a hand that I would be able to do that for them,” Reyna said.

Houston resident Lashuntrice Bradley was also saved by a bystander.

“I actually picked my mother up from the airport, and I dropped her off. I thought it would be better to head back to my place before it got too bad," she recalled to Wadell. Then, it started to pour down again, she said, adding, "as soon as I got on the road, I ran into the floodwaters.”

Bradley found herself trapped in the flood, but volunteers and neighbors with lifted pick-up trucks came to her rescue.

“I really think that it's excellent that they’re helping out. I don’t know what I would have done without them,” Bradley said.