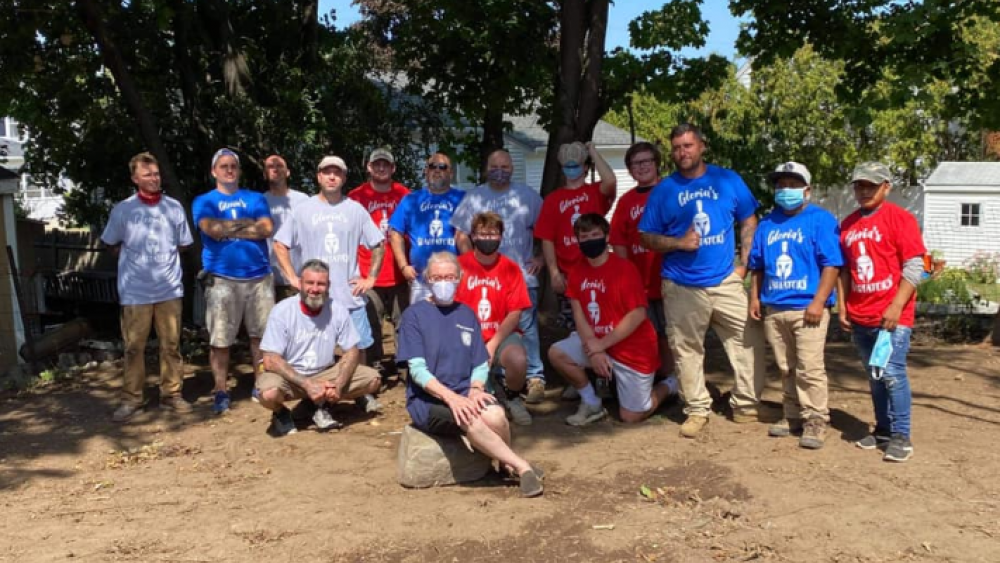 Image Credit: Gloria's Gladiators/Facebook/Permission to Use

A simple service call by an electrician in Massachusetts has become an ongoing effort to repair a senior citizen's house in desperate need of renovation.

Kinney carried out the repair, but the condition of Scott's home - including no lights or running water - stuck with him and he wanted to do more for her.

The 72-year-old was unable to pay for the necessary house repairs due to her financial situation and an unwillingness to ask for help.

So, Kinney took on the task of making her house a continuous project...updating and improving everything for free.

He even created a Facebook page called "Nice old lady needs help" where he is collecting money for materials and supplies. So far, Kinney has raised $92,464 of his $100,000 goal.

For more than a month, people from across the city have joined in to renew the condition of Scott's house - down to the plumbing, walls, windows, and electrical system.

Even the backyard lawn is getting a makeover.

"Look at these people," Scott told CBS News. "I can't even comprehend the gratitude that I have."

People who don't have a specific skill that is needed around Scott's house are finding other ways to help out like supplying the workers with food.

Kinney admits that he is touched by the service project, which has turned out to be so much more.

"There's no words for it," Kinney explained. "We want to keep going with this." He hopes to see others across the country helping seniors who are in a similar situation.

Kinney even named the group of volunteers "Gloria's Gladiators" and he is selling t-shirts in an effort to raise money that will assist her with living expenses. That campaign has raised $5,440 so far.

Kinney told CBN News that renovations at Scott's house should be finished within a few weeks.