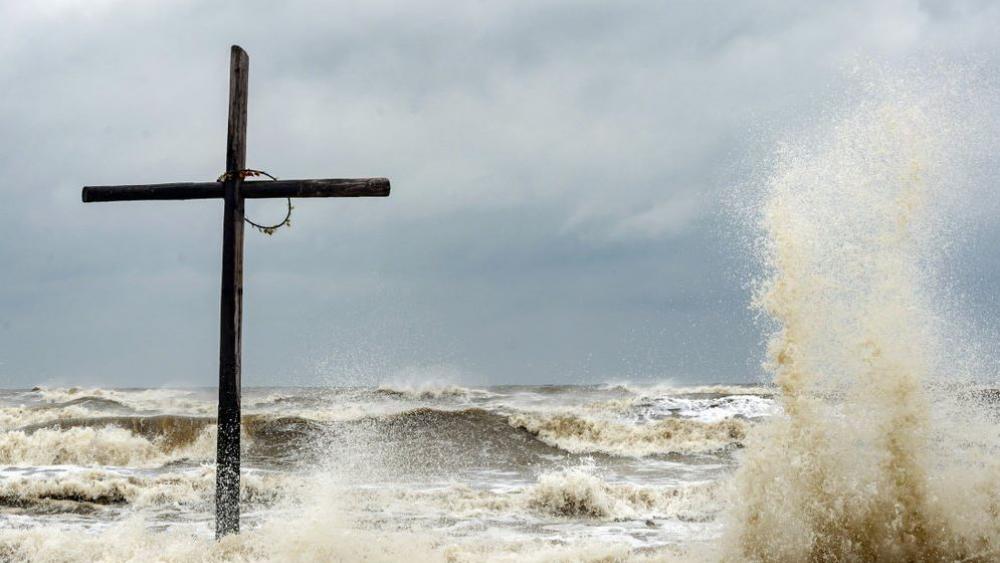 The cross that stands on the beach near the intersection of Highway 124 and Highway 87 gets buffeted by the high seas on Bolivar Peninsula, Texas, Sunday, Sept. 20, 2020. (Fran Ruchalski/The Beaumont Enterprise via AP)
6193098829001
Tropical Storm Beta Takes Aim at Texas Coast

The US has run through 21 Atlantic hurricane names already this year, so now the National Hurricane Center is using the Greek alphabet for new named storms.

The latest, Tropical Storm Beta, tracking through the Gulf of Mexico heading for the Texas - Louisiana coastline.

On Highway 87, near Galveston, Texas, residents are evacuating ahead of the Beta.

"The water out here already over the road, so we are probably going to pack and try to leave a little early," said a local resident of the area.

Forecasters expecting Beta to bring flooding rainfall, storm surge, up to 60-miles per hour winds, and at least 15 inches of rain to parts of Texas and Louisiana through Wednesday.

"We can expect surface flooding in all the usual spots," warned a Galveston official.

CBN's Operation Blessing Disaster Relief team is already answering the critical needs of Gulf Coast residents. If you would like to help, call 1-800-700-7000 or Click Here.

In the low-lying areas of coastal Texas and Louisiana, folks, still recovering from Hurricane Laura a few weeks ago, dealing with flooding streets again.

"It's starting to become monotonous because there's so much of this; It's like every month or every other week that we are having to deal with this stuff," said an exasperated Sonya Moore, a resident of Texas.

Meanwhile, this was the scene in the mountains of northeast Los Angeles last night where the Bobcat Fire that's been burning for two weeks doubled in size in the last 24 hours.

The 103,000-acre blaze leaving portions of the San Gabriel Mountains blackened, forcing more residents to flee ahead of fast-moving fires that have already claimed 36 lives.

"The embers just lit up," said L.A. resident Daniel Delgadillo. "I started seeing flames and it went down the hill really fast."

Residents urged to limit their outdoor exposure as firefighters on the ground battling the blaze to protect homes, while in the air, multiple planes dropped fire retardant.

Fire officials saying it could be a month before they can contain the Bobcat fire.

And as if the fires weren't enough to deal with, residents of Southern California got a jolt late Friday night after a four-point-five magnitude earthquake hit the city of El Monte, east of downtown LA.

Thankfully, there were no serious injuries or damage. 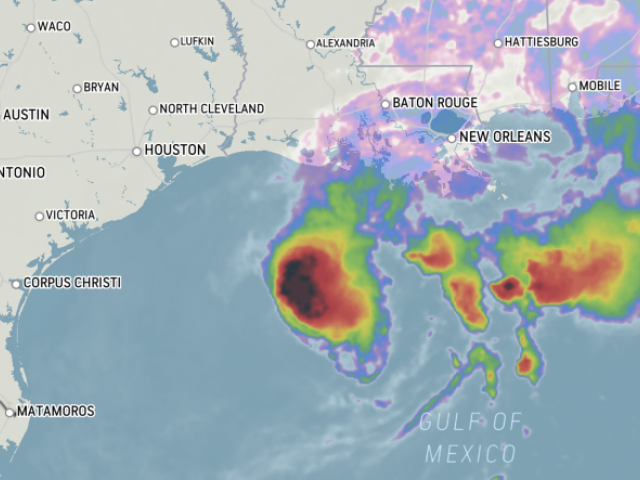