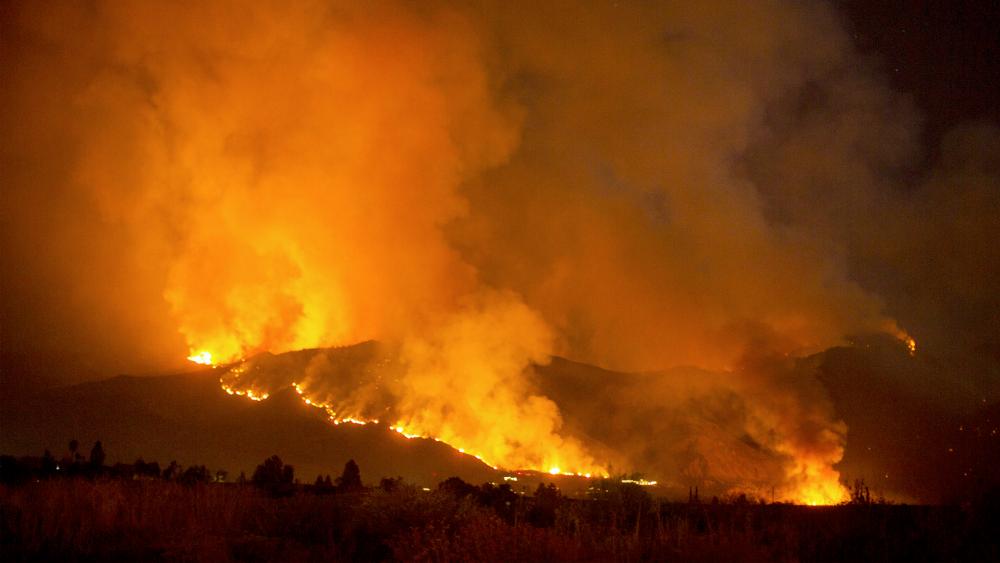 More than two million acres have burned so far this year in California – a record.

Wildfires continue to rage across the state, and officials issued a new state of emergency in five counties.

Authorities say over 12,000 firefighters are battling more than 20 major fires in California.

Officials warn conditions could get even worse due to record-breaking heat. Los Angeles County on Sunday hit 121 degrees.

Adding to that were high winds in many areas, which forecasters say could make the fight more difficult.

There's a new state of emergency in Southern California after a wildfire swept across more than 70,000 acres in just days. In some locations, the smoke was so thick that it blocked the midday sun while ash-covered parts of California like blankets of snow.

More than 200 people were airlifted to safety early Sunday after a fast-moving wildfire blocked the only road out of a popular camping area in California’s Sierra National Forest: https://t.co/IqmTxcYtkn pic.twitter.com/oT5fIUUvy7

"The fire completely engulfed everything," said one resident.

Over the weekend, hundreds of people tried to escape a popular campsite in the Sierra National Forest as flames surrounded them. Some headed into the water to stay away from the fire.

The so-called Creek Fire ignited on Friday evening and quickly exploded to more than 45,000 acres with 0% containment. https://t.co/YbmUOIuHeZ pic.twitter.com/E6UcGO7Huw

"The fire just moved so fast, so there was only so much we could do," said a camper.

The National Guard airlifted more than 200 people out of the danger zone and ambulances transported some of them to safety.

Another fire, the "El Dorado Fire," spread to more than 7,000 acres in just hours. Officials report that one was started by fireworks from a gender reveal party.