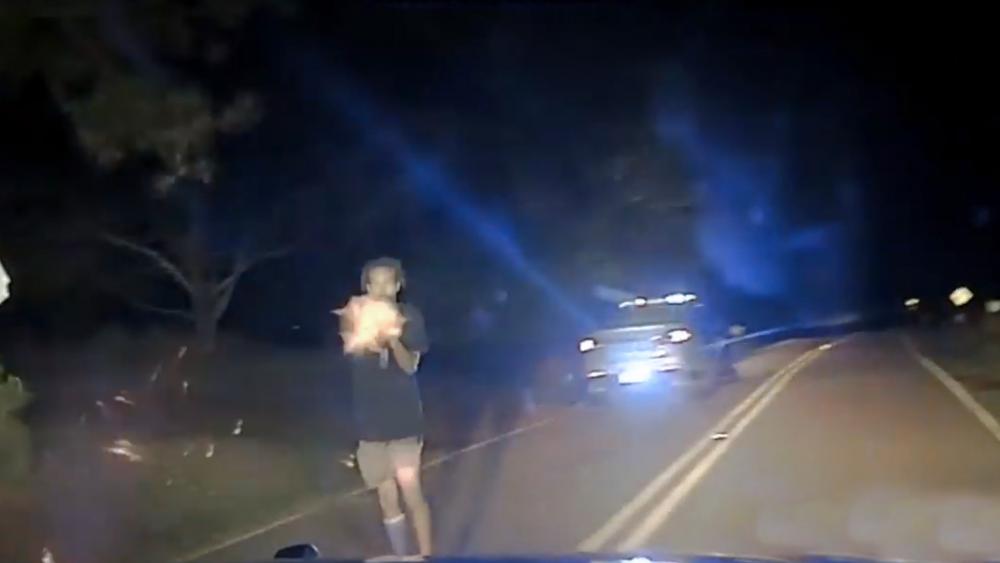 A Georgia State Patrol Trooper pulled over a vehicle driven by two men early that morning. As the officer approached the suspects, they sped off and a pursuit began, according to the Georgia Bureau of Investigation.

The deceased has been identified as Pier Alexander Shelton, age 28, of Birmingham, AL. https://t.co/cwi6ItsiYE

During the chase, one suspect leaned out of the front passenger window and started firing an AK47 at police officers. One trooper's patrol car was struck during the shooting, forcing the officer to pull out of the pursuit.

The Carroll County Sheriff's Office, Carrollton Police Department, and Villa Rica Police Department joined the chase as the suspects continued to fire at officers with the assault rifle. Sergeant Rob Holloway wrecked his patrol vehicle after it was struck by the gunfire.

The suspects' vehicle finally crashed in Villa Rica and both men fled the scene. While police canvassed the area, the men starting shooting at them. There was an exchange of fire between the officers and the suspects.

WATCH - Chilling dashcam video of a horrific exchange of gunfire between a chase suspect and multiple law enforcement officers. 3 officers were shot by the gunman using an AK47.

The national media may not show this non stop, but the danger for all law enforcement is real. pic.twitter.com/9xdKBEUXua

Officer Chase Gordy and Deputy Jay Repetto were injured during the shootout. One suspect was shot by officers and died on scene while the other man was taken into police custody.

"It could have been a lot worse, and we're thankful and we pray for the speedy recovery of those officers," Sheriff Terry Langley said.

Police said the suspects were cousins.

The deceased suspect, Pier Alexander Shelton, 28, was also from Birmingham.