4 Jewish Synagogues Vandalized in Antisemitic Rampage in the Bronx: 'It's a Very Scary Time' 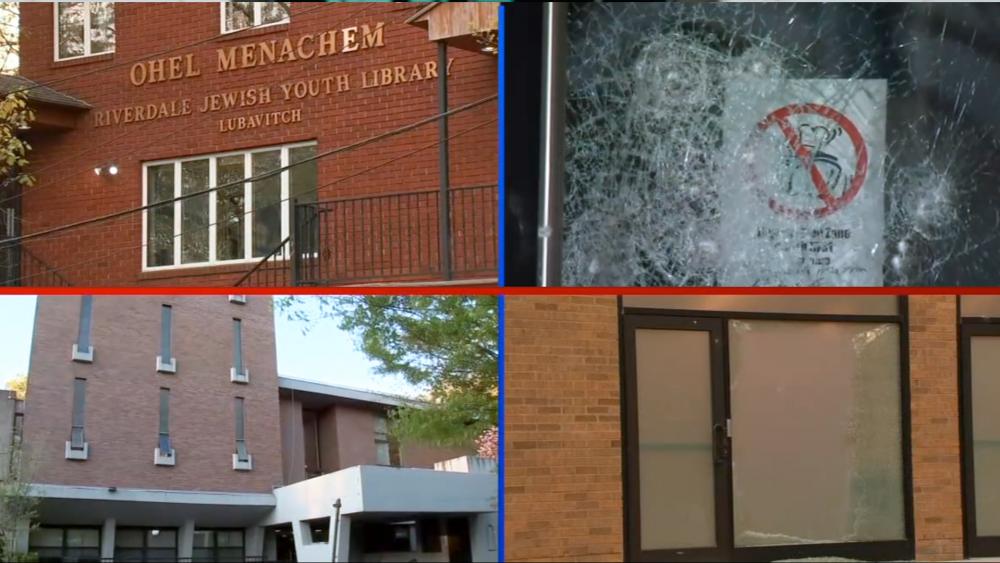 Police in New York are investigating multiple acts of vandalism to Jewish synagogues in one Bronx neighborhood and they believe the same suspect is responsible for these antisemitic crimes.

In a video from Saturday, the suspect is seen throwing rocks and smashing windows at the Young Israel of Riverdale synagogue.

The Riverdale Jewish Center (RJC), Conservative Synagogue Adath Israel of Riverdale, and Chabad of Riverdale were also targeted. Authorities say the rash of vandalism is being classified as hate crimes.

"He goes to the corner, grabs this big metal garbage can and there's a car parked in front of Chabad and he throws it into the back window of that car, a mother who has a handicap license for a handicap child," said Chabad of Riverdale Rabbi Levi Shemtov.

And the suspect attacked the same synagogues last Thursday, allegedly throwing rocks at the buildings. During one incident at RJC, congregants were closing up for the night and actually saw the perpetrator.

Oren Hiller, RJC executive director, told The Algemeiner that they are cooperating with police to ensure that everyone remains safe.

"We're just doing what we can to work with law enforcement, and to ensure that the shul is safely protected and that those responsible for the crimes against our shul and community are properly investigated."

But others are worried about the persistent efforts by the suspect to impose harm on the Jewish community.

"Today, it's a synagogue. Tomorrow, it could be houses. It could be individuals. It's a very scary time," said Jeff Botwinick of Riverdale.

U.S. Senate Majority Leader Chuck Schumer (D-NY) tweeted he was appalled by the acts, saying they will not be tolerated.

This is appalling. We must get to the bottom of what happened immediately. And we will continue to fight anti-Semitism, bigotry, and hate in New York and across America.https://t.co/HK2KHLaDd0

Since Sunday night, all Jewish houses of worship in Riverdale have increased their security.