'A Warrant Is Not a License to Kill': Family of Andrew Brown Asks for Body Cam Video 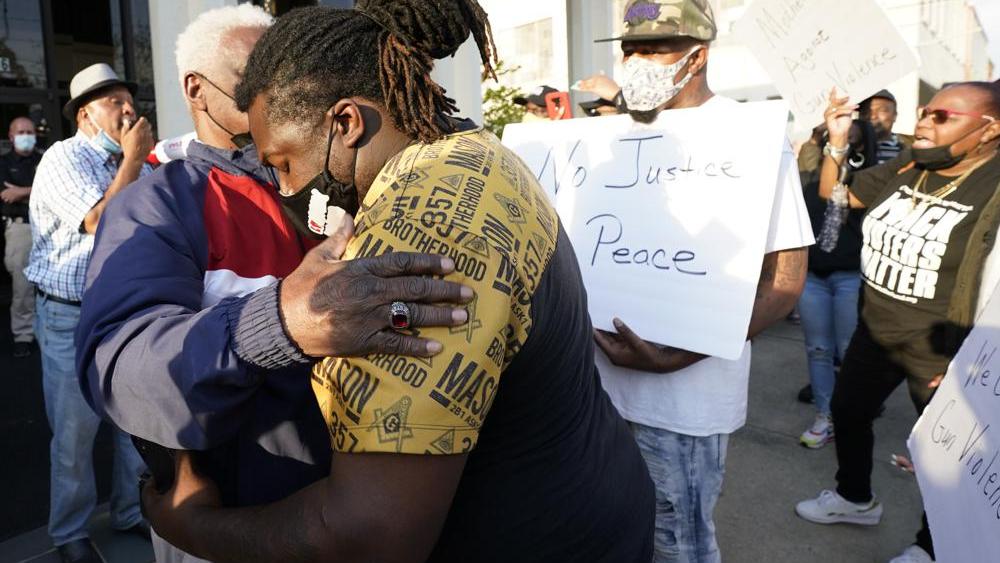 The family of a man killed by police in Elizabeth City, North Carolina, is preparing to see police bodycam video of the incident.

County sheriff's deputies shot and killed Andrew Brown as they sought to carry out an arrest warrant for felony drug charges last Wednesday.

The chief deputy said Brown's past indicated he posed a danger. "Mr. Brown was a convicted felon with a history of resisting arrest," police contend.

But the family's attorney said the sheriff's office told him Brown was unarmed. "Something was shared that there was no drugs or weapons involved," he said.

The incident has sparked protests, and city and state officials are calling for investigations.

Seven Pasquotank County deputies are on administrative leave. The mayor and city council, as well as North Carolina Governor Roy Cooper, are calling for release of the bodycam footage, which requires a judge's approval.

“Only a judge can release the video. That's why I've asked the North Carolina State Bureau of Investigation to confirm for me that the releasing of the video will not undermine their investigation. Once I get that confirmation, our county will file a motion in court, hopefully, Monday, to have the footage released,” Pasquotank County Sheriff Tommy Wooten II said in a video statement over the weekend.

“America, here is the issue: a warrant is not a license to kill, even if a suspect supposedly drives away,” Barber said. “A warrant is not permission to shoot someone.”

Brown, 42, had a criminal history dating back to the 1990s, including past drug convictions.